A History Of Parkview Square In Singapore In 1 Minute 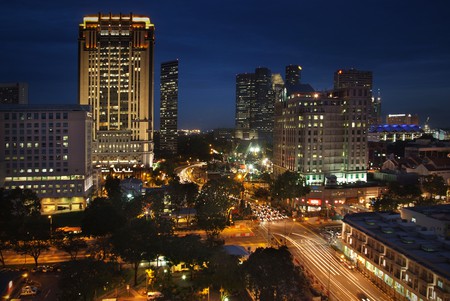 The Parkview Square building in Singapore, located on North Bridge Road, is the iconic, imposing, art deco building that stands guard over Kampong Glam and Bugis Junction. Reportedly one of the most expensive office buildings in Singapore, its tenants include the Honorary Consulate of Oman, and the embassies of the United Arab Emirates, Austria and Mongolia.

Parkview Square is often affectionately referred to as Gotham Square because it bears a striking resemblance to Gotham City. US design firm James Adams Design, working closely with the Singaporean firm DP Architects, took inspiration from the Chanin Building, constructed in 1929 in New York City, when designing and building Parkview Square. For this reason, the interior office space is very modern, with just the exteriors taking on the art deco look with the use of dark granite, bronze, angular light fixtures and other features. 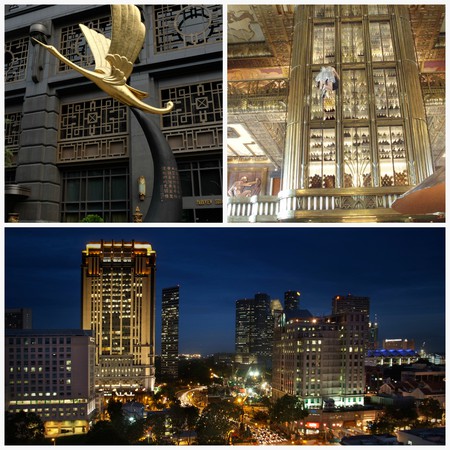 In the lobby you will find the Divine Wine Bar Society, so you have every excuse to step into the building, however, they do not appreciate tourists taking pictures if they are not actually making use of said bar. The bar stores its bottles in a 3-storey-high wine chiller and the waitress, who is dressed as a fairy, ‘flies’ up to get your bottle.

Directly in front of Parkview Square, just past the archway, you enter an open plaza that brings to mind the piazzas of Italy with ornate statues placed around the perimeter of the courtyard. These statues depict some of the world’s greatest philosophers, artists and leaders including Salvador Dali, Plato and Sun Yat-Sen. The center of the courtyard features a beautiful statue of a golden crane that is pointed towards China. At the base of the statue, you’ll find a poem about the crane yearning to return to its home. The building employs several gothic elements such as the eight statues of men, each holding a crystal ball, that appear to guard the building.