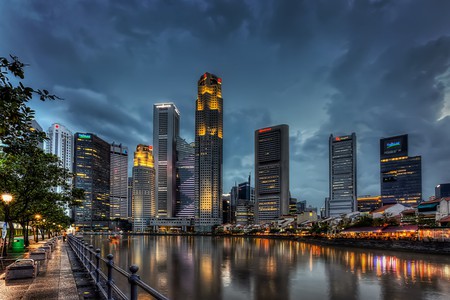 Boat Quay is one of the major nightlife spots in Singapore, but this was not always the case. Located between tourist-magnet Clarke Quay and the largely residential Robertson Quay, Boat Quay is the social waterfront directly in front of the Central Banking District’s banking and financial towers. Currently, Boat Quay is undergoing a massive revamp that is scheduled to be completed at the end of the year and will result in a significant amount of waterside seating available to the public, as opposed to being forced to patronize the bars and restaurants that previously occupied the riverbank.

In 1819, Sir Stamford Raffles arrived in Singapore and discovered that the area surrounding the Singapore River was swampy and crowded with floating settlements and wooden huts. Soon after, he embarked on Singapore’s first land reclamation project by taking a small hill from present day Raffles Place, making the area south of the river a Chinese settlement and reserving the area north of the river for government buildings and homes for government officials.

Boat Quay became an exceptionally successful port and was integral in Singapore’s economic activities, in part because of its free port status. A second harbor was built at Tanjong Pagar to handle the increasing traffic. However, Boat Quay still received more than half of all shipping in the Port of Singapore because of the opening of the Suez Canal which led to steamships using the port. From the late 1800s until World War 2, there would be over 100,000 people living and working along the Singapore River. 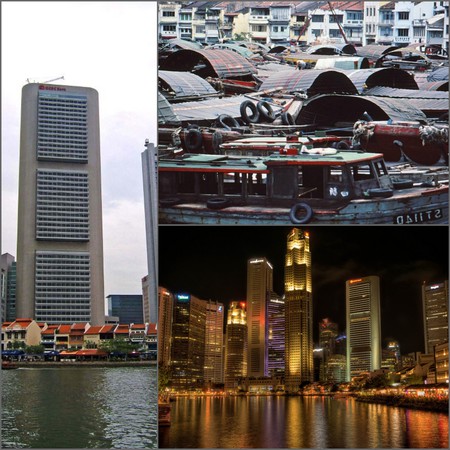 In the 1960s, Boat Quay saw a significant drop in usage as mechanization took over the role of bumboats (small wooden boats). The opening of a high-tech cargo center in Pasir Panjang was the death knell for trade along Boat Quay. By this point, the rivers were heavily polluted and the Singapore government embarked on a decade-long Clean Rivers project. In the mid-1980s, they decided to conserve the buildings and transform the Quayside into an entertainment hub.

These days, the only boats that you will see on the Singapore River are the bumboats that run tours and serve as river taxis. The old shophouses and warehouses are now home to popular restaurants, bars and other entertainment venues that are frequented by the professionals that work in the CBD area, and tourists. Their colourful facades serve as a reminder to the importance of Boat Quay in Singapore’s history.