A Guide to Singapore's First Ever Virtual Reality Arcade 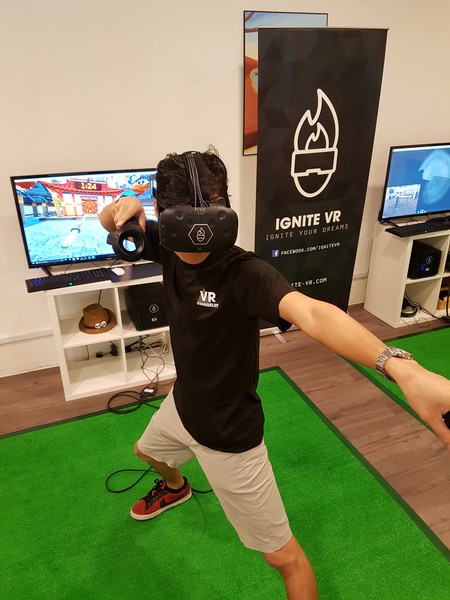 Singapore’s first virtual arcade opened just a few months ago in Marina Square Shopping Mall. Small for now, the arcade’s organisers are optimistic that the gaming trend will gain traction as awareness about the technology and its capabilities increases. Find out more here.

IGNITE VR was not always an arcade, it actually started as a lifestyle blog by Roy Koo, focused on the Virtual Reality niche. As this niche grew, IGNITE VR went from covering events to running bootcamps and demos. Koo saw that there was definitely an interest for VR technology in Singapore and approached developers and business partners with an idea bigger than the blog. 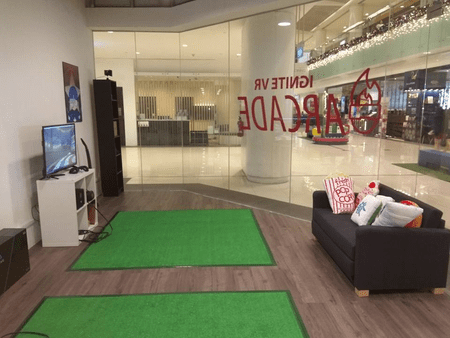 In early December 2016, IGNITE VR Arcade launched at the centrally located Marina Square Shopping Mall. For now, the arcade is small with just a handful of machines but like anything new and cool in Singapore, there are often queues of enthusiasts. Koo attributes the success of IGNITE VR Arcade in part to its affordability and the large collection of titles that has made the technology appealing to more than just die-hard techies and gamers.

The store has built an impressive games collection by buying commercial licenses for many of the titles from Steam, and by changing the selection on a monthly basis it keeps customers coming back. The price doesn’t hurt either – casual gamers may opt for the Pay Per Play option at just $3 but regulars prefer to spend $30 for the hour for up to four people. The store manager has noticed that the majority of customers are either families with young children or adults in their mid-twenties to mid-thirties. 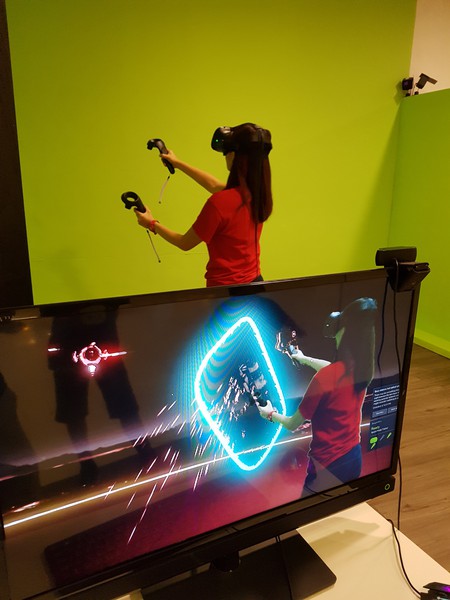 Much like the first time you played Dance Dance Revolution or Guitar Hero, immersive games require players to loosen their inhibitions a little. While waiting for your turn and watching people in the VR game studios, you may start to feel self-conscious because players look quite comical as they stumble around in the headsets, controllers randomly swatting at invisible foes, but don’t let that stop you from participating in what’s looking like the next big trend in gaming.

When planning your visit, keep in mind that the arcade’s peak visitor times are weekday nights (especially Thursdays and Fridays) and over the weekend. Stations can be booked in advance online through IGNITE VR.