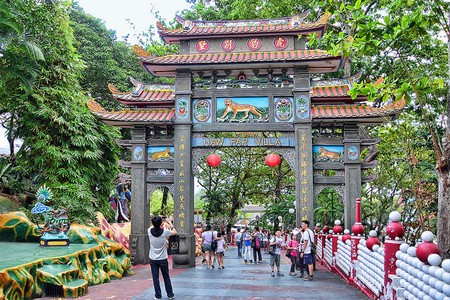 Step into Haw Par Villa, if you dare. Singapore’s nightmarish theme park is a place where meticulously detailed three-dimensional dioramas depict the punishments for crimes of varying severity, from murder to reading the wrong books. This place will leave you feeling slightly bewildered (and terrified) about what you have just seen, but it is certainly worth the trip.

Haw Par Villa was built in 1937 by the founders of Tiger Balm, designed to be a fun place to teach children about Buddhist, Confucian and Taoist mythology (though the results are less kid-friendly by today’s standards). Originally named Tiger Balm Gardens, the park was abandoned at the start of World War II, where Japanese forces eventually took control of it because of its excellent vantage point to watch ships at sea.

In the 1980s, the park saw the first steps of revitalisation. In 1986 a corporation tried to modernise the park with animatronics, which besides being even more terrifying, ended up being too expensive to complete. A few years later, the Singapore Tourism Board bought the land and restored the statues and dioramas. They changed the name of the theme park to Haw Par Villa Dragon World to recognise the original builders.

The main attraction at Haw Par Villa (and the reason for the park’s infamous reputation) is the gruesome Ten Courts of Hell. In Chinese mythology, after a person passes away they arrive in the First Court of Hell. Here, King Qinguang looks at each person’s past deeds. If they are deemed virtuous, or at least their good deeds outweigh their crimes, they are led to paradise. However, those who are deemed evil doers are sent to the Mirror of Retribution and then punished in the relevant Court. This is where the nightmarish statues begin. 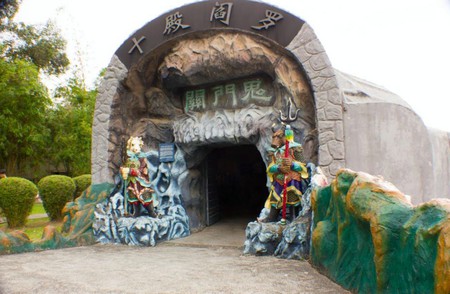 The Second Court punish evil crimes such as stealing and gambling, by freezing people into blocks of ice. Children in Singapore seem to be amused by the notion, but there’s more to come. As you pass the Sixth Court of Hell, you’ll hear parents explaining to their children that cheating on their school exams or cursing is punishable by being thrown on a tree of knives. 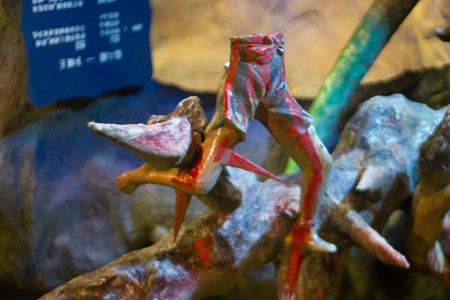 By the Ninth Court of Hell when the children are thoroughly disturbed, they learn that participating in any other unlawful conduct not previously stated will result in having one’s head and arms chopped off. The laws and punishments in the Ten Courts are upheld by Hu Fa Shi Zhe, a greenish monster with immense eyes who can control ghosts and devils. Each of the courts depicts him carrying out the various punishments to hapless evildoers. 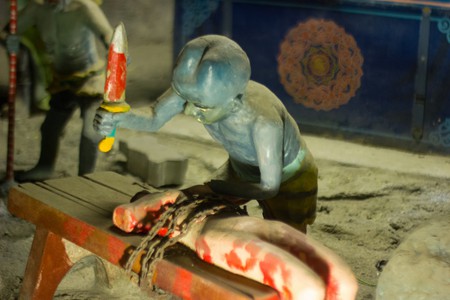 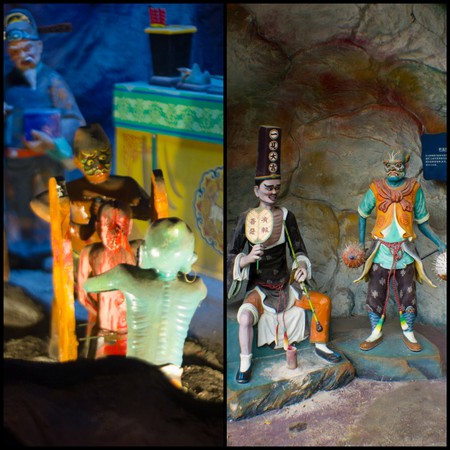 There is more to Haw Par Villa than the Courts of Hell, however, as the park has over 1,000 statues set up across its dioramas. There’s a large diorama illustrating the Legend of the White Snake, one of China’s Four Great Folktales which depicts the story of a young boy who accidentally takes pills giving him immortality and upon throwing them up in the sea, forever intertwines his life with the snake who eats them and adds 500 years to his life.

Another smaller diorama (albeit still life-sized), shows a grandmother breastfeeding from a younger woman which is inspired by a myth about filial piety, wherein a young woman looks after her aged great-grandmother-in-law for many years and on her deathbed demands: “I want all the sons and grandsons and their wives to be as filial and respectful as this daughter-in-law has been.”

The truth is, we’ve barely scratched the surface for all of the wonders at Haw Par Villa. Luckily, admission to the park is free so you can go more than once to truly enhance your moral education as the Haw brothers had hoped. 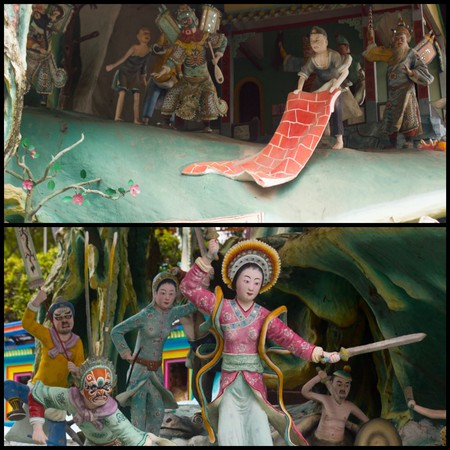 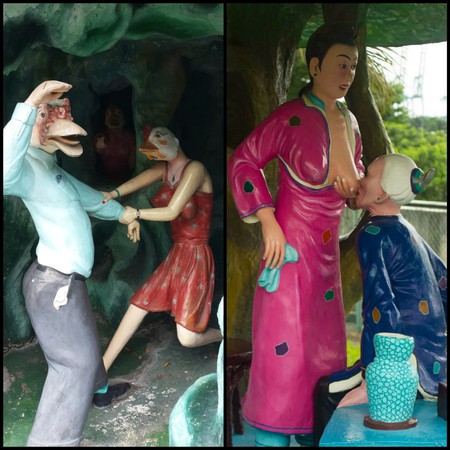 What are the opening hours and is there food near Haw Par Villa?

Some administrative notes for planning your visit: very few places in the park provide shade and although there are vending machines, they are not always well stocked, so it’s better to buy a few bottles of water from the uncle outside the main entrance of the park. Also, the canteen has been closed for years and there is nowhere within walking distance to get something to eat.

Haw Par Villa can be reached from the Haw Par Villa MRT station on the green line. The park is open daily from 9am-6pm and admission is free.