The Comeback of Singapore's Urban Otters 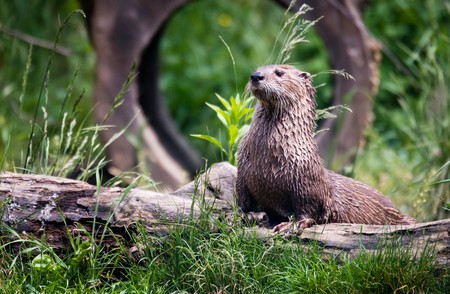 For the past few years, a family of smooth-coated otters has made appearances around Singapore with increasing frequency, leading Facebook groups and nature photographers to track their movements, as well as keep a protective eye on these adorable creatures. 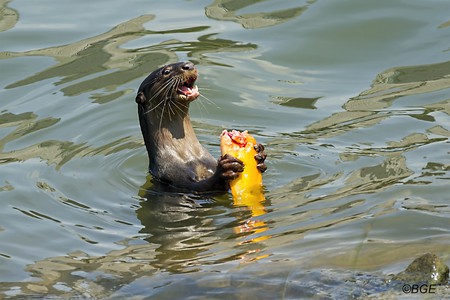 A hungry otter at Gardens by the Bay | © Brian Evans/Flickr

Fast forward to 2012, and a small handful of sightings are reported, mostly on the East Coast and occasionally in the Marina Reservoir. Within that timespan, the population of the smooth-coated otters increased, thanks in part to a non-fussy diet and Singapore’s sufficient ecosystem to support them. The species usually only eats fish, but they’ve been spotted tucking into shellfish such as prawns and crabs as well. Apparently, much like Singaporeans, they enjoy a gourmet bite to eat now and again, eating their way through $80,000 worth of ornamental fish in Sentosa last year. Additionally, the species has been able to survive and even flourish because of the scarcity of animals in Singapore. They face almost no natural predators around the island, and humans so far have not been inclined to harm them.

Until recently, the most famous of Singapore’s smooth-coated otters was a family living in Bishan. When videos of three pups playing together surfaced in April 2015, the nickname SG50 triplets was quickly given to them, which helped to increase their fame, and the entire family became known as the Bishan 5. Otter watchers were thrilled early last year when the mother gave birth to five pups, and so the Bishan 10 was born.

Sometimes it seems like the otters have their own PR agency. The Bishan family of otters visited Gardens by the Bay on the first day of the Chinese New Year, which is a popular event among Singaporean families who see it as an auspicious activity. In early March 2017, they found themselves in the news once again – even at the BBC – when wildlife photographer Bernard Seah captured a video of them expertly scaling ladders out of the drainage system.

The National Parks Board of Singapore welcomes their appearance as it is an indicator of the improving water quality in Singapore’s river system; however, they warn that people should keep a safe distance from the animals and not feed them.