8 Things You Need To Know About Durian Fruit: The World’s Smelliest Snack 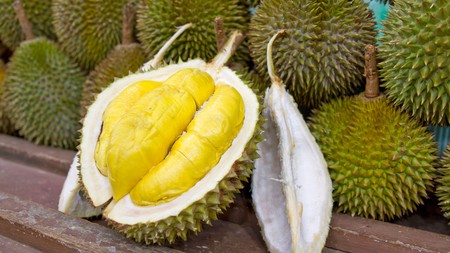 If you’ve never traveled to Southeast Asia, it’s possible that you have never encountered fresh durian fruit, the infamous and healthy but divisive Southeast Asian snack that is popular in the region. However, once you have tasted the stinky fruit, it is an experience you are not likely to forget.

It has a unique appearance and an even more memorable smell

Durian fruit is generally slightly oval, about a foot wide and covered in formidable looking spikes. The fruit can weigh between two to seven pounds, and this is heavy enough that in holding it in your hands by the body of the fruit, instead of the stem, it could potentially pierce the skin. However, its otherworldly appearance is dwarfed by another one of its attributes – the smell. Durians have a strong, rank smell that permeates the outer shell and lingers long after the fruit has been removed. 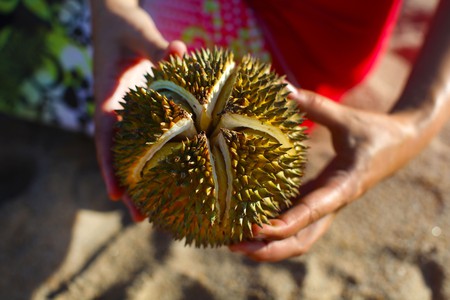 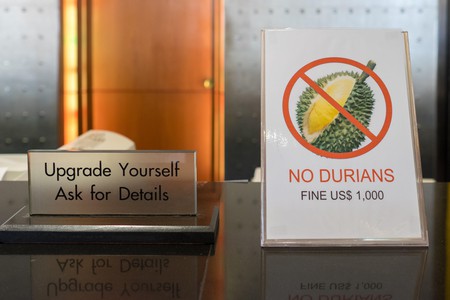 Despite the stench, durian is extremely healthy, even more so than many other fruits. Naturally rich in iron, vitamin C, and potassium, durian improves muscle strength, skin health and even lowers blood pressure. Furthermore, one small durian contains 23g of dietary fiber which is nearly all of your daily nutritional requirement. However, it is important to not eat them in excess, as in 2010 Malaysian politician Ahmad Lai Bujang was rushed to hospital complaining of breathlessness and dizziness after gorging himself on durian. 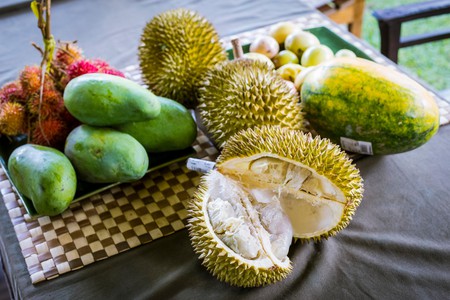 The fruit changes significantly over a very short period of time. When it is harvested early, it is almost considered a vegetable because the flesh is hard, easy to handle and bitter, rather than than sweet. People who enjoy eating durian usually prefer the fruit to be over-ripened, when the citrus and sweet flavors are much more prominent. Although the fruit becomes messier by that point with a consistency that is comparable to that of sour cream. Traditionally, durians are eaten after they have fallen to the ground on their own accord, however, durian farms often harvest the fruit earlier in order to ship them overseas. 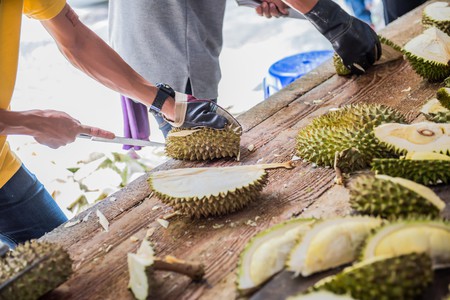 There’s more than one type

There are around 30 different varieties of durian. The fruit is native to Malaysia, Indonesia and Borneo however today there are durian farms in Sri Lanka, Southern India, Cambodia, Vietnam, Thailand and the southern Chinese island Hainan. Thailand is in fact the biggest exporter of the fruit and home to many durian farms which produce more varieties than the original native locations. 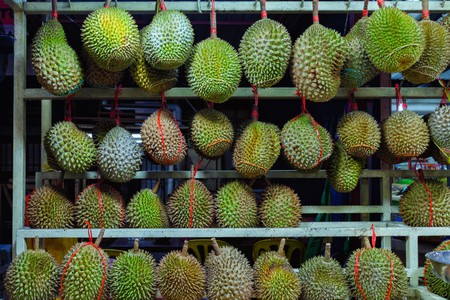 It’s almost impossible to describe the taste and smell

For over a hundred years, travel writers have tried to describe the taste and smell of durian and still we’re nowhere closer to being able to describe it helpfully to someone who has never experienced its unique taste and smell. In 1856, Alfred Russel Wallace sent a letter to Sir William Jackson Hooker describing the fruit as: ‘A rich custard highly flavored with almonds gives the best general idea of it, but there are occasional wafts of flavor that call to mind cream-cheese, onion-sauce, sherry-wine, and other incongruous dishes’. Anthony Bourdain, who actually enjoys eating the stinky fruit, colorfully describes the aftermath of eating it: ‘Your breath will smell as if you’d been French-kissing your dead grandmother’. 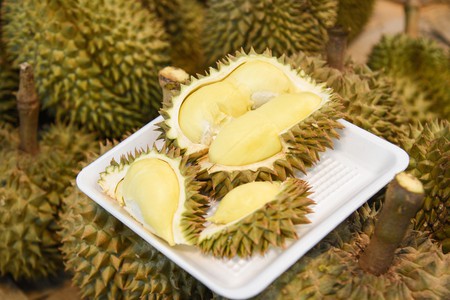 Singapore’s official fruit is the durian. The Esplanade building next to Marina Bay, started as two glass domes but when the design was altered to include covering the buildings with pointed aluminum shades, the buildings took on the appearance of a durian that has been cut in half. 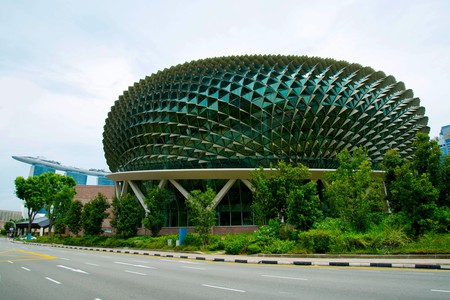 It’s the king of fruit

Whether due to its size – the fruit can weigh as much as 7 pounds – or its taste, durian is often referred to by people in Southeast Asia as the king of fruit. Due to the difficulty of cultivating durian – besides being dangerous when it falls, it requires very particular components in the soil, and for shipping, durian is easily the most expensive fruit as well.

The Chinese consider durian and mangosteen to be the king and queen of fruits because of their opposing flavours – the durian is ‘warming’ due to its pungent smell and rich consistency however the mangosteen is ‘cooling’ because of its juicy flesh and slightly acidic taste. 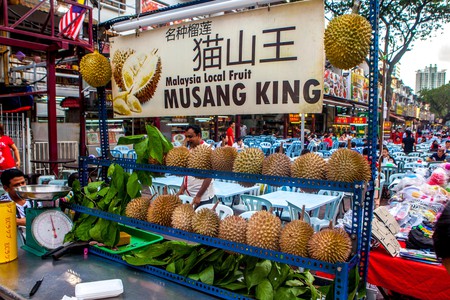 Durian, The King of Fruit | © Art Phaneuf / Alamy Stock Photo
Give us feedback