Things That Are Banned in Singapore 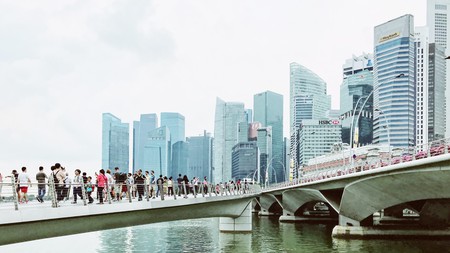 Singapore is known for having strict regulations and laws designed to maintain peace and order, from safety-conscious firework restrictions to time frames for alcohol sales. But you may be unaware of the more obscure items and activities banned in the Garden City. So, before you puff on that e-cigarette, take a good read to this guide of things that are banned in Singapore.

The Singapore gum ban is one of the most well known on the list. The city-state has taken a strong stance against gum since banning it in 1992, after politicians noticed that gum was causing a public nuisance, with some people sticking it on the door sensors on Mass Rapid Transit trains, stopping them from working properly. However, since 2004, people in Singapore have been able to buy gum from dentists or pharmacists for medical reasons, such as using nicotine gum to give up smoking. Under the Singapore gum law, if you are caught selling or importing chewing gum, you could face a hefty fine and even a jail sentence.

Lighting firecrackers may be an auspicious activity for some, and a staple for many Chinese festivals, but due to the 1972 Dangerous Fireworks Act, celebrating with a bang is illegal in Singapore. Today, Singaporeans are only able to set off firecrackers during certain festivals. If you’re hoping to catch some pyrotechnics, be sure to travel to the city-state close to the National Day celebrations on 9 August. 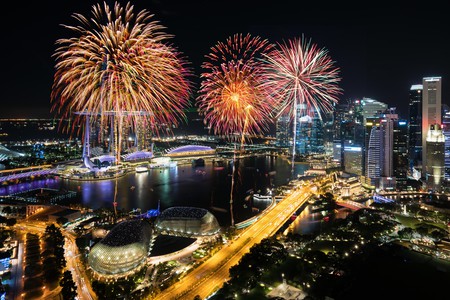 Despite some reports of e-cigarettes being less harmful than regular cigarettes, Singapore’s Health Sciences Authority has maintained its stance on vaping, arguing that it could be a gateway for non-smokers to get addicted to tobacco. Vaping has been banned since 2018, even in private homes, with significant fines for anyone caught importing or distributing.

If you’re a fan of shisha, Singapore is not the place to indulge. Another ban revolving around tobacco, shisha – where flavour-infused tobacco is vaporised through a bong or hookah – was officially banned in Singapore in 2016. With restaurants and other businesses forced to halt any import or sale of shisha on their premises, many reminisce about the relaxing, casual atmosphere shisha brought to areas such as Arab Street, known for its traditional Muslim eateries and shops selling fabric and perfume. 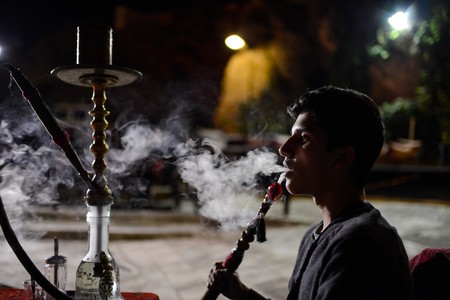 Public nudity (even at home)

This law might seem slightly strange, but it’s illegal for anyone to walk around nude in both public spaces and private residential premises. If you happen to forget your towel after a nice, cold shower, make sure your window blinds are closed before you spring into the bedroom. If you are reported by a neighbour or caught in the buff, you can be fined 2,000 Singapore dollars (£1,072), jailed for up to three months or a combination of both.

In Singapore, it’s illegal for anyone to own, breed or sell exotic species of amphibians, lizards or reptiles without a licence. The law is enforced in a bid to protect the ecosystem and Singapore’s biodiversity. While the government has prosecuted many reported cases of such acts, the trade of exotic species is still rampant and lucrative, with such animals being sold for hefty price tags, including 10,000 Singapore dollars (£5,362) for a clouded tiger – a species threatened by hunting and deforestation.

Of all the things banned in Singapore, this one is perhaps the most divisive. Some people find the stench so unbearable that it prompted the government to ban the king of fruits on all public buses and trains. How bad is it? The smell of durian can linger for several days. While some adore its pleasantly sweet and creamy, custard-like flavour, others have described it to have a pungent, almost sulphur-like stench. Yes, the world is divided on this one. 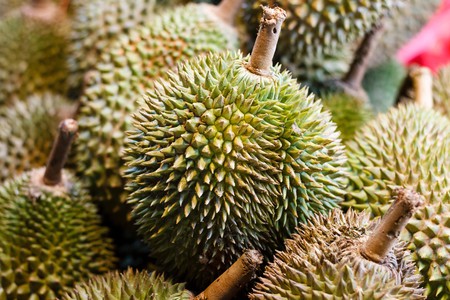 Due to its stench, durian is not allowed on public transportation in Singapore | © Ed Brown / Alamy Stock Photo

Gathering in groups of more than three people

In Singapore, it’s illegal for groups of more than three people to assemble after 10pm in a public space. It might seem strange, but the government believes that preventing unlawful gatherings will help keep peace and stability in the nation. So, if you’re out with a group of friends, make sure you’re home by 10pm.

As of 2015, Singapore has banned the sale and consumption of alcohol in public spaces from 10.30pm to 7am. Event organisers – including groups of friends holding a barbecue – can apply for a special licence to allow drinking past this time, and places such as restaurants can serve alcohol according to their licences. Illegally selling alcohol can be punishable by a fine of up to 10,000 Singapore dollars (£5,362) or higher in certain Liquor Control Zones. The Singapore ban came into effect after a riot took place at Race Course Road due to public disorder caused by excessive drinking. The ban is a great excuse to invite your friends over and take the party inside instead.

Keeping a cat in a residential flat

Those living in residential flats (homes sold by the Housing Development Board) in Singapore are not allowed to keep cats as pets. The board claims cats are “difficult to contain within the flat” and tend to shed fur and urinate in public spaces should they roam free. Dogs are allowed, although would-be owners need to have a licence. This rule doesn’t apply to residents living in condominiums or private properties. 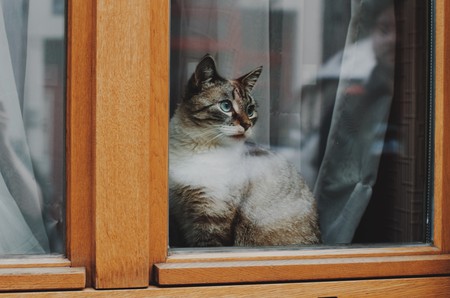 In Singapore, cats are not allowed in flats sold by the Housing Development Board | © ål nik / Unsplash
Give us feedback