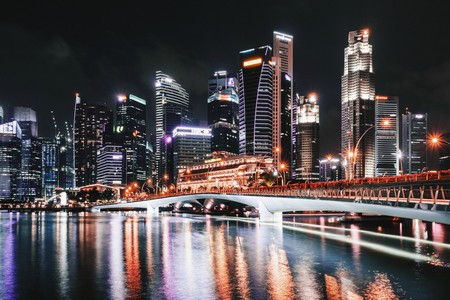 Poems about Singapore can be easily identified from the mention of state icons, symbols, landscapes, food, culture, and even language. These pieces of literature are unique blends of culture and identity. Here’s a list of poems that celebrate the very particular aspects of what make Singapore so different from the rest of the world. 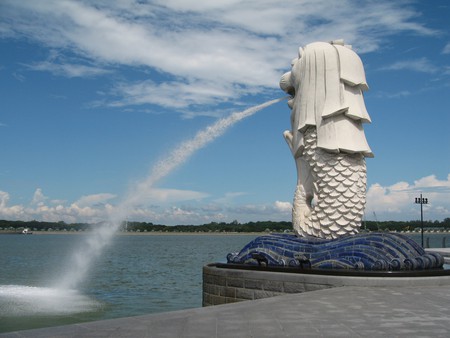 The Merlion by Alfian Bin Sa’at: Published 19 years after Ulysses By The Merlion, Alfian Bin Sa’at writes about the Merlion from a different perspective. In this poem, the narrator is having a conversation with a friend who finds the general appearance of the Merlion strange. Rather than depicting the Merlion as a successful symbol of national unity in this piece, the line that appears in both the opening and closing of the poem- ‘I wish it had paws’, illustrates the poet’s doubts and desire to define the creature. Which echoes the sentiment of many Singaporeans who don’t know how to grapple with a figure designed by the tourism board to be a part of their national identity.

Merlign by Alvin Pang: Alvin Pang uses rhetoric and pun to illustrate his feelings in his poems: All poets seem to have a Merlion poem. This is one of mine, it is called ‘Merlign’ and it is a pun between Merlion and Merlign: to ‘merlion’ someone. The word itself is a hybrid, like the Merlion itself. Indeed, the Merlion seems to be an important icon in the Singapore literary tradition. While some celebrate this creature, Alvin Pang uses the Merlion to investigate his own anxieties about the this icon as obliged identity. The balance between public vs private relationship also comes into play as Alvin contemplates his role as a poet for himself and for his country. The talk about hybrid emphasizes the conflict of dualities. 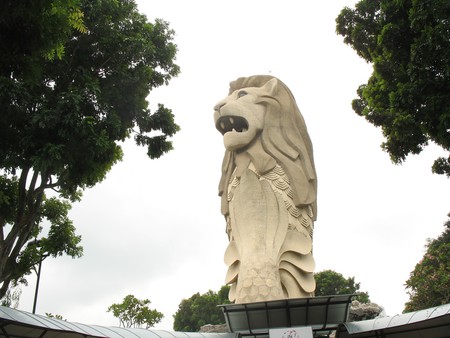 My Country My People

My Country My People by Lee Tzu Pheng: Published in 1979, Lee Tzu Pheng’s poem My Country My People speaks about her childhood experiences and the events that took place in Singapore during that period. The poem is peppered with terms that were common in the 1970s such as ‘boom of babies’, ‘riots’, ‘milli-mini-flats’, ‘multi-mini-society’ and ‘Lion City’, all of which are familiar to Singaporeans who have lived or studied the history of the country. 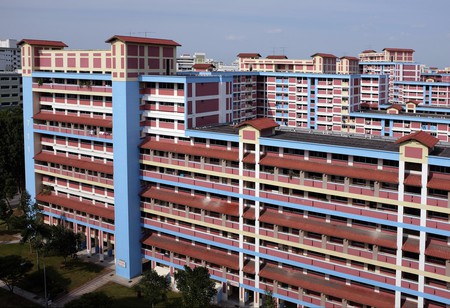 The Bridge by Alvin Pang: The poem begins with a narrator recalling the day he saw the woman he was going to marry standing on the bridge. The setting takes us back to the 1955 with the mention of the ‘Bus Riots’. This love poem surprisingly lacks romance and sentiments as the narrator places his focus on the struggles of the people around him. The “uniquely Singapore” feature of the poem would be the ‘coffee and toast’- which are iconic staples in their local coffee shops. 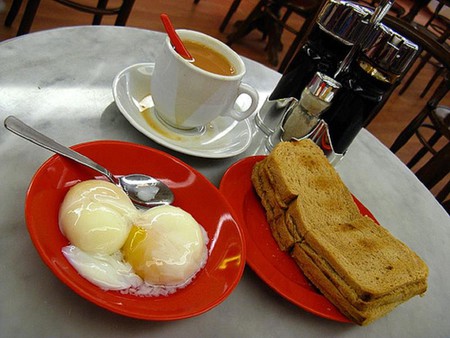 Bumboat Cruise on the Singapore River

Bumboat Cruise on the Singapore River by Miriam Wei Wei Lo: The Singapore River is a tourist hotspot which provides bumboat services that take visitors along Boat Quay, Clarke Quay and Marina Bay. Due to urbanization and modernization, the areas along the Singapore River have undergone many changes, particularly the shophouses of the 1800s that were restored and transformed into restaurants, bars and entertainment spaces. This poem speaks about the narrator’s experience on the river cruise as she contemplates what Singapore truly means to her. 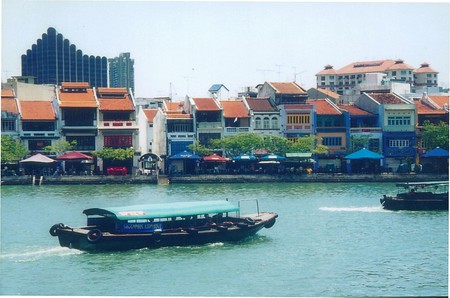 The Sneeze by Edwin Thumboo: Singapore is one of the cities of the world known as a food paradise with its excellent native dishes and international draw. Singaporean food such as ‘mee’ and ‘kway-teow’ are among favorite local delicacies. Besides including these dishes to highlight the hawker food culture in Singapore, Edwin Thumboo also talks about the cleanliness of Singapore and the strict enforcement of rules and regulations that shaped a law-abiding and rigid culture. 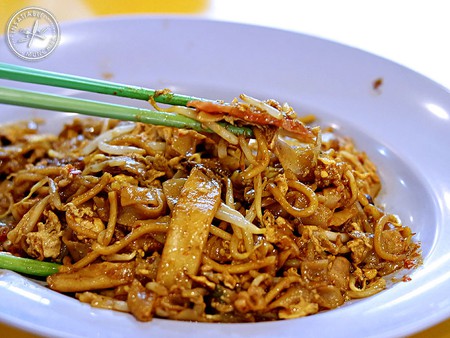 Ode to Aicao Kueh by Kucinta Setia: Aicao is a traditional Chinese herb that is also known as the Asian mugwort or wormwood. Kueh is from the Hokkien, which means a small cake or a bite-sized snack that is usually steamed and sweet. The Aicao kueh is said to be a long lost family recipe unique to Singapore and it is prepared in the same way as our famous Ang Ku Kueh. As the title suggests, this poem is a tribute to this unique local kueh.

K ge zhi wang attends a poetry reading by Joshua Ip: Published in a collection of 44 poems, Sonnets from the Singlish, this epic piece of poetry pays homage to its homeland. The title of this poem is a unique mix of English and Chinese which Singaporeans are familiar with because both are two of the national languages. The Chinese term ‘K ge zhi wang’ literally means ‘Karaoke God’, and is used to label someone who sings very well at karaoke bars. It is also a famous song by the Hong Kong singer, Eason Chan, who is known for having his songs widely sung at karaokes. The structure and language of the poem is different from the Standard English Language, and is closer to the Singlish (a branch of English spoken in Singapore) spoken in Singapore.

Forever Singlish by Leong Liew Geok: In the 2000s, Singlish drew much debate in terms of its adequacy as part of the Singaporean language and culture. It is widely discouraged with the rise of the ‘Speak Good English Movement’. While Singlish is not an official language of Singapore, most Singaporeans adopt it in everyday speech, creating a shared bond and identity that is unique to Singapore. For those who are not familiar with Singlish, the poem might be confusing as it does not follow the Standard English grammar and syntax. Words from different languages are also put into the poetic mix. Nonetheless, it is a refreshing and ‘uniquely Singapore’ read.