Your Guide to Filipino Gestures 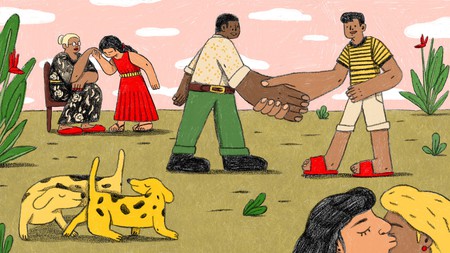 Filipinos are generally wary of their actions and how they want to convey a message – either verbally or nonverbally. That’s because in Filipino culture, people value self-respect, ‘pakikisama’ (togetherness) and avoid offending anyone as much as possible.

Assertiveness isn’t very common among Filipinos. To avoid misunderstandings and offence, it’s a must for foreign travellers to familiarise themselves with gestures practised by Filipinos on a daily basis.

Just like in most countries, handshaking is a default gesture among Filipinos when meeting someone for the first time. While both men and women greet each other through handshaking, it’s usually the person being introduced who first offers their hand. In some cases, men have to wait for women to offer their hand first. 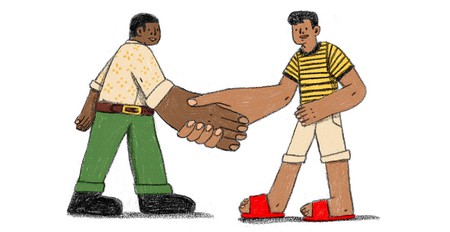 Don’t be alarmed if you see someone in the Philippines on the street pointing their lips at someone or something. This person isn’t asking for a peck on the lips but is giving instructions. Instead of lifting their finger or arm, Filipinos commonly use their lips to point to an object or another person. This gesture is called nguso, and shouldn’t be taken as an invitation for a kiss!

This gesture was previously only common among members of high society. Eventually, show business in the Philippines picked up on it and it has now become a routine greeting among Filipino women. While some women are comfortable practising beso-beso with their male friends, it’s not generally acceptable to do this gesture to someone you’ve met for the first time. 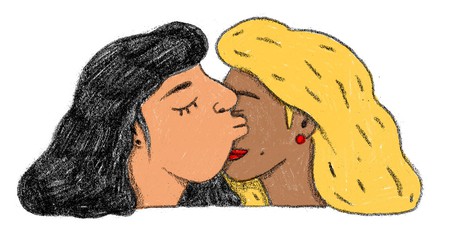 Lowering the head while arms are extended downwards

When you’re about to pass in between two people talking, you don’t need to say ‘excuse me’ or ‘pardon me’. Doing so will only interrupt their conversation. Simply lower your head and extend your arm downwards before going in between them. Without saying anything, this gesture instantly indicates politeness and respect for the two people conversing.

In the Philippines, showing respect for one’s elders is a tradition that has been preserved for generations. The ‘honouring-gesture’ called pagmamano involves a younger person asking for an elder’s hand and gently touching their own forehead with it while bowing. The practice is common whenever someone visits relatives or meets their godparents. 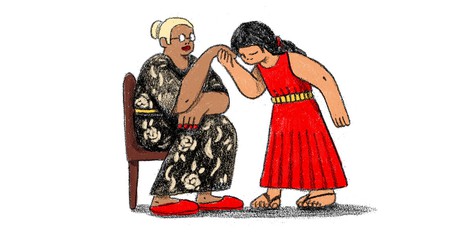 Nodding or raising eyebrows with a smile

Raising your eyebrows while flashing a smile is another way of greeting a friend or acquaintance in a casual manner. The same goes for nodding or slightly lifting the head to indicate ‘yes’, which means you acknowledge the presence of your colleague who passed by. Of course, it’s an entirely different case when someone happens to raise their brows while giving you a serious look.

Opening your mouth wide isn’t just a dentist’s order or an indication of a person being surprised. It can also mean that the person you’re talking to didn’t understand or properly hear what you just said. A mouth wide open gesture is a nonverbal way of asking: “What did you say?”

While some Filipinos would consider this gesture impolite, you will always come across locals who hiss to get the attention of other people. This is usually observed in restaurants, where diners sutsot (hiss) to call the waiter’s attention. It may be acceptable in that scenario but hissing is deemed impolite and rude on the streets or in large crowds. Some, however, don’t look at the person making the hissing sound because they don’t know if it’s really them being called.

Western cultures see direct eye contact as something positive. However, that’s not the case in the Filipino culture. While it’s necessary among professionals as it indicates confidence, not all locals are comfortable making eye contact, especially if they’re meeting for the first time. If that person refuses to look at you in the eye directly, it may indicate they have a high level of shyness. Prolonged eye contact can make someone feel uneasy. On the other hand, when Filipinos shoot a fiery silent look at their children, it sends a signal to kids to stop what they’re doing.