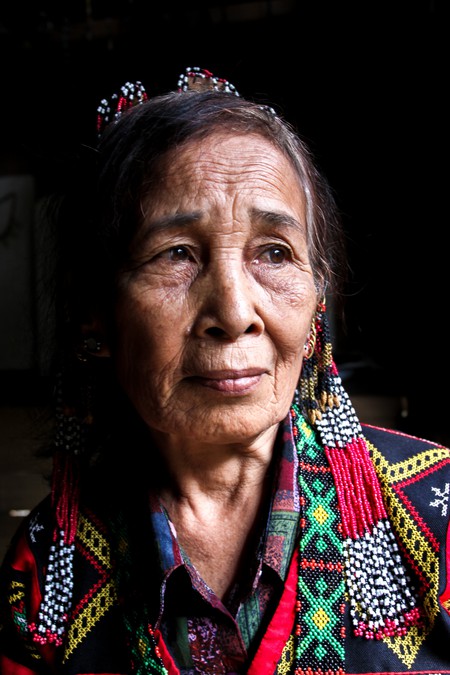 More than simply a honed skill, the craft of weaving for the T’Boli tribe in the Philippines is a spiritual undertaking. From the conceptualization of the design, to the actual weaving process and how the finished product is treated, each part is handled with utmost sanctity. The women who have preserved this spiritual tradition are referred to as “Dream Weavers”.

South of the Philippine archipelago lies the province of South Cotabato. And it is here that the ethnic group of the T’boli people reside. In its municipality of Lake Sebu, a type of cloth is hand-woven out of Abaca (a plant native to the Philippines) fibers. Known as T’nalak, this traditional cloth is highly-regarded – just as its weaving-process, and as are the women who make them.

The term is taken from how the weaving process begins. The Dream Weavers don’t follow self-invented patterns. Instead, they believe that the designs of the t’nalak they create are brought to them in their dreams by Fu Dalu, the spirit of the Abaca. They then bring these patterns to life by weaving solely from mental images and memory.

Weaving t’nalak is a painstaking process that requires patience, craftsmanship, and time (depending on the length, some pieces can take over several months to finish). First, the fibers are harvested, combed, and air-dried. The end of each fiber is then tied to another until the thin chain of fibers is long enough for the final product. To color the fibers, natural dyes are extracted from roots and plants. The most common colors used are black, red, and white.

T’nalak weaving, hailed as South Cotabato's ultimate cultural emblem is a traditional masterpiece of geometric patterns dreamt to life by Tboli women uniquely known as “Dreamweavers,” who weave the colored abaca fibers into intricate and vibrant patterns that have been passed on through generations. But not everyone who weaves is a "Dreamweaver" and is gifted through their dreams with the T'nalak patterns by the spirit of the abaca, Fu Dalu. There's so much to discover in the Land of the Dreamweavers! #TeamTnalak #LandoftheDreamweavers #MySouthCotabato #MyMindanao #Philippines

The sanctity of the tradition is retained throughout the creation process. As such, some rules are observed. For instance, they aren’t allowed to step over the fabric. They are also instructed to avoid any ill disposition while weaving. When the cloth has finally taken shape, it is flattened by a thorough beating with wood, and polished with a cowrie shell. The same sacred respect is carried over to the final product, which is why stepping on it is prohibited.

The t’nalak is used in every important life event of the T’boli, from birth, to marriage, to death. This, and the belief that it is a gift from nature and their gods, makes the entire t’nalak tradition a vital part of their culture. So while many outsiders looking to capitalize on this sacred practice have taken to mass producing this material, it is very important that people are made aware of its cultural significance to the T’boli, especially to the Dream Weavers who are trying to keep the authenticity of this spiritual tradition alive.