Why Spam and Rice is a Filipino Food Classic 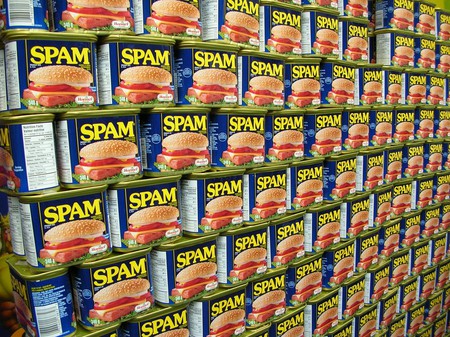 How has something so American ingrained itself so well into Filipino food culture? Read on to find out how Spam reached the shores of the Philippines, and about its inevitable coupling with plain white rice.

History of Spam in the Philippines

Just like the origins of the Hawaiian Spam musubi, the canned meat from the U.S. reached the Philippine islands through the Second World War. Spam—a blend of pork shoulder, potato starch, water, sugar, salt, and sodium nitrate—was a product of the Hormel Foods Corporation, and requires neither cooking nor refrigeration. While homemakers in the United States were initially dubious of such a meat product, its sales rose when the military saw its potential as food for their troops overseas. 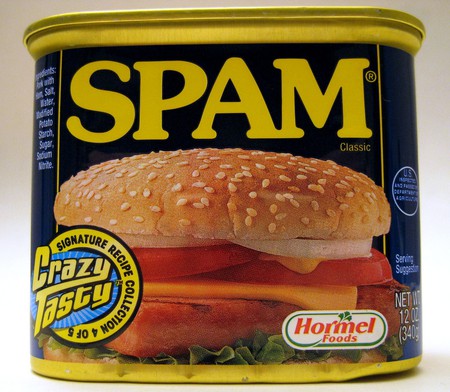 Soon, millions of cans of Spam were being sent across oceans to countries where many U.S. military troops were stationed, like Guam and the Philippines. Over time, many Americans, especially the G.I.s, associated the canned meat with hardship and the war. In the Philippines, however, it was an imported product, giving it some sort of prestige. 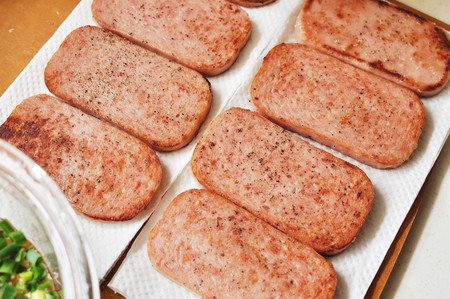 The Philippines is notorious for retaining traces of the called “colonial mentality”, after its long history with colonizers. A result of this mentality is thinking very highly of anything imported, especially from the colonizers. Filipinos would attach value to many Western products, one being Spam, which became a valued food product—so much so that it would even be given as a gift during the holidays! Filipinos’ fondness for Spam has remained to this day.

As rice is a fundamental part of the Filipino meal, its coupling with Spam (or any other meat, really) is almost unievitable. The Spam and rice combo has become a popular addition to the Filipino breakfast, along with tapsilog (sweet beef, fried garlic rice and egg), tosilog (sweet, cured pork), sinangag, and itlog. Now, it’s known as spamsilog. 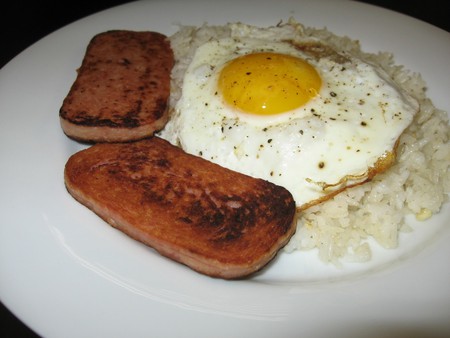 In fact today, the company that produces Spam sells a tocino–flavored Spam in the Philippines, so both favorites can be enjoyed together. 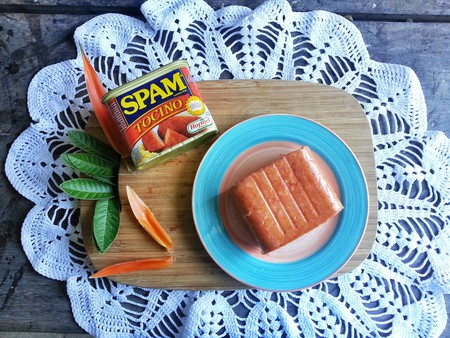 With today’s culinary world of fusion and reinvented cuisine, the classic Spam is also undergoing interesting developments of its own. Many Filipinos now, for example, enjoy the merging of contrasting tastes, so before frying the salted meat they coat it in brown sugar, resulting in a delicious caramelized Spam. Another interesting spam-rice dish now being offered in cafes around Manila is one with a Korean twist: the plain white rice is traded for kimchi rice. This gives the dish more complex flavors, adding in some spiciness and slight sourness. Another increasingly popular appetizer are Spam fries, where the meat is sliced into strips, coated in breadcrumbs, and deep fried.