How the Philippines Created a Global Network of Nurses 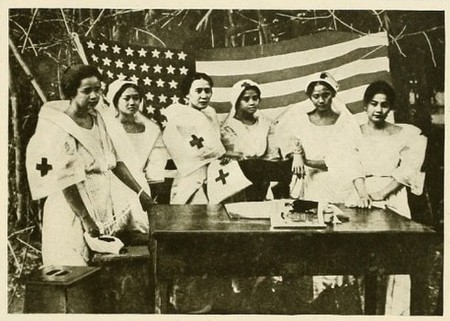 From Chicago to London, you are bound to find Filipino nurses working in hospitals across the globe. It comes as no surprise, as The Philippines is the largest exporter of nurses in the world – out of the 2.2 million Overseas Filipino Workers (OFWs), 25% commit their lives to caring for others.

The high influx of Filipino nurses in highly developed countries actually has a deep historical background. Under the 1898 Treaty of Paris, the United States of America acquired many Spanish colonies including the Philippines. Under the Americans, Filipinos were assimilated to American culture through education, particularly by teaching English. This started the American dream of many locals. During the malaria and cholera outbreak, there was a shortage of American nurses in the Philippines. Thus, local women were recruited to become Volunteer Auxiliary Contract Nurses.

In 1903, by virtue of the Pensionado Act, qualified Filipino students were sent to the U.S. to study, including the volunteer auxiliary contract nurses. This became the first batch of Filipino nurses coming to the United States. Some stayed behind as immigrants, inspiring their families back in the Philippines to go the U.S. This started the waves of nurses from the Philippines, living the American dream.

During the Second World War, Filipino nurses played major roles in helping wounded soldiers. With Filipinos’ familiarity with the American culture, specifically their ability to speak their language, these new immigrant foreign workers easily adjusted to their new home.

As countries saw a shortage of nurses and the cost-effectiveness of hiring of Filipinos rather than training their own nurses locally, other countries began hiring nurses from the Philippines. Saudi Arabia became the leading destination for Filipino nurses. European countries also tapped Filipino labor for their health care, with Filipinos working as nurses in Germany, the U.K. and Ireland. Neighboring countries like Singapore and Japan also began hiring Filipino nurses.

A lot of Filipino families view the nursing profession abroad as the ticket to better life – as seen in more than 500 nursing schools in the Philippines today. A nurse’s salary abroad is 15 times bigger than working in local hospitals in the Philippines.

For many Filipinos, being a nurse makes it easy to become a professional foreign worker – there is less competition from the local workforce and other foreign workers. Working abroad as a nurse is also more profitable compared to other jobs held by Filipinos like domestic helpers and construction workers.

With American-standard nurse training, English fluency and the innate nature of Filipinos to care for the elderly and sick family members, Filipinos fit the bill for nursing. A country with different dialects and a culture formed from different cultural influences, Filipinos are adept in adjusting to new cultures as well as learning new languages. Employers also like that fact that Filipinos won’t mind taking longer hours, hoping to earn more money to send back home.

These are due IV medications for 21 patients early this morning not yet inclusive of oral medications, treatments and sidedrips. From stroke to pulmonary, diabetic to necrotic patients… all 21 of them. I do not have problem with 21 it's just that the problem is serving 21 patients all at the same time. Bringing the patient-nurse ratio to 21:1. All 21 with different needs to be met, urgent and non-urgent, that needed to be attended to. Anybody on my shoes, nurse or not would understand how difficult life is for a nurse in a setting as such. Overworked still underpaid. On the contrary, the Philippines has more registered nurses than any other country. The 'admit all' policy is fine, provided that there's proper staffing. Dear Philippine Government, we as Filipino nurses can give more quality care provided you give out more opportunities for nurses to do so. #overworked #hiremorefilipinonurses #qualityoverquantity #patientnurseratio #realtalk #nurseislife #quoteoftheday #nurse #filipinonurses

OFWs are highly prized resources in the Philippines with their remittances helping the local economy. Former president Ferdinand Marcos seized an opportunity, exporting labor to the Middle East. The government also set up government agencies to help protect Filipinos working abroad. Today, OFWs give up to $28 billion to the Philippine government in the form of remittances.

The past decade saw a big boom for the nursing industry with schools offering up to 29 sections for their nursing classes. Like any bubble industry, the local nursing industry also faced problems like surplus of nurses eligible to work abroad and the shortage of adept nursing staff in local hospitals in the country. Still, the nursing industry is not hampered by these challenges as Filipinos continue to leave the Philippines for greener pastures working the hospitals.