When's The Best Time of Year to Visit The Philippines? 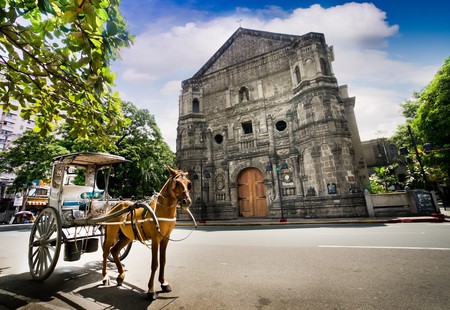 Visiting the Philippines seems like an amazing adventure because of its numerous islands with pristine beaches and crystal clear water. However, it’s not always sunny in the Philippines. There are times when strong typhoons strike the country, which could ruin your much-awaited trip. Check out our guide on the best time of year to visit the Philippines. 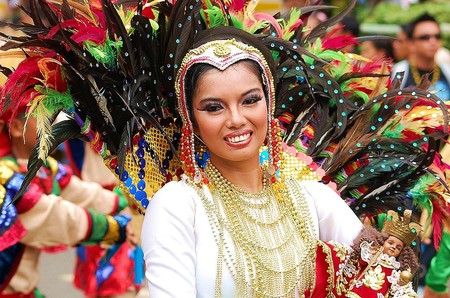 January is usually an ideal month to visit this tropical country. Although there are chances of precipitation, it’s the time of the year when the temperature is cooler due to the Northeast Monsoon. January also highlights some of the country’s grandest festivals. Cebu‘s biggest and highly anticipated Sinulog Festival is annually celebrated every 3rd Sunday of January, whereas the province of Aklan celebrates the Ati-Atihan Festival during the 2nd week. Meanwhile, in central Manila, thousands of devotees gather in Quiapo to join the procession and aim to kiss or touch the life-sized statue of the Black Nazarene. 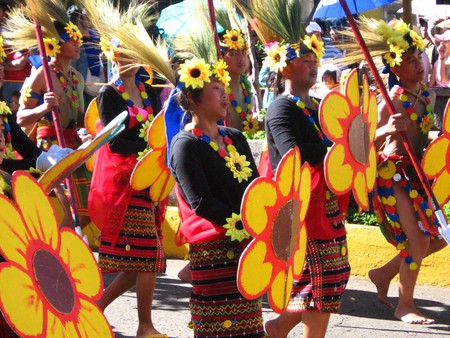 During this month, the temperature may be slightly higher, compared to January. But, you can take advantage of Baguio City’s cool weather and go to the City of Pines to celebrate their “flower festival” called Panagbenga. The Summer Capital’s annual event falls on the third week of February and features a parade of beautifully-decorated floats with flowers. When visiting Baguio, you can also visit neighboring attractions such as the man-made Banaue Rice Terraces or go trekking in Sagada. Jumpstart your trip up north by going to the annual Philippines’ Hot Air Balloon Festival in Clark, Pampanga. 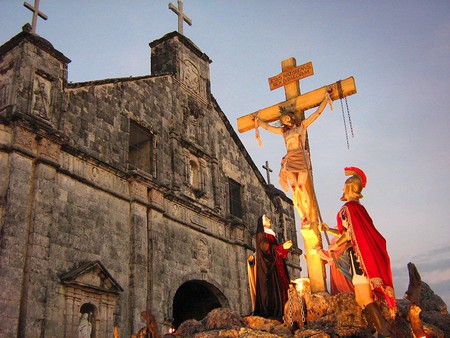 March is the time when the temperature starts to pick up, signaling the upcoming summer season. However, weather conditions still make it an ideal time for traveling. Abra has the Arya! Abra Festival, whereas Pagsanjan celebrates the Bangkero (Boatman) Festival during the first week of the month. But, be wary of the Philippines’ public holidays. Usually, the Holy Week falls during this month (or early April), and since the majority of Filipinos are Catholics, there are week-long religious activities that lead up to Easter Sunday. Most families spend their Holy Week out of town and celebrate Easter Sunday on beaches and in public swimming pools. 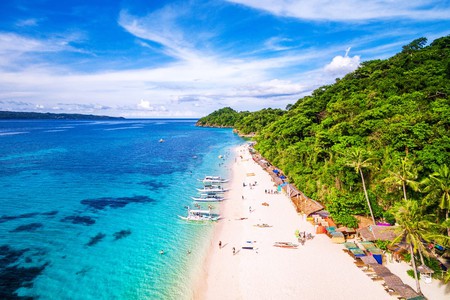 Brace yourself for hot, humid weather, as the temperature and humidity levels continue to rise in Manila and across the country. Yet, this time is the best month to explore beautiful and remote islands for the ultimate adventure. After Easter, it’s expected that more tourists will head to popular destinations — the islands of Palawan and Boracay are mostly on travelers’ itineraries! If you don’t want to hit the beach and would rather explore the country’s culture, some notable events during this month are Marinduque’s Moriones Festival and Bangus Festival in Dagupan City. 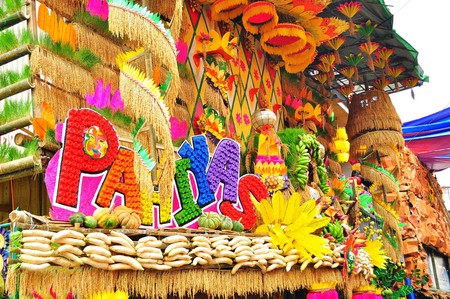 The month of May is still a great time for traveling in the Philippines. While lowland areas may experience hotter temperatures, you can head to the mountains (and see the Chocolate Hills turn chocolate brown in color) or coastal areas to cool down. Should you want to avoid the crowds in Boracay, there are white-sand beaches you can visit that are just as amazing as the world-famous island. Drop by the Quezon Province to see the colorful Pahiyas Festival, or witness how the Filipinos celebrate Flores de Mayo (a floral offering to the Virgin Mary that welcomes the rain). You can also watch a religious procession known as the Santacruzan — there’s usually one in every town! 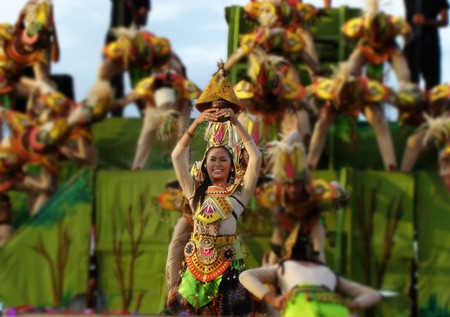 As the month goes on, rain makes its way throughout most of the country, especially Luzon. Beach bum tourists can still get a tan at the southern islands, yet expect moments of rain showers. A much-awaited festival in June is the Parada ng mga Lechon (roasted pig parade) that’s held annually in the Batangas province. Meanwhile, Tacloban City takes pride in their three-part festival that includes a sailboat race called Subiran Regatta, religious rite Balyuan, and the Pintados Festival, based on locals’ ancient ways of tattooing. If you find yourself in Manila during this month, prepare yourself to get wet at the Wattah Wattah Festival which celebrates the feast of St. John the Baptist. 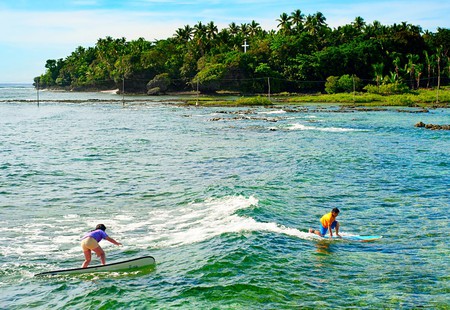 Volume of rainfall increases at this point, and the majority of the islands in Luzon are highly affected due to the Southwest Monsoon, making trips to the North difficult. Avoid the rain by heading down south to the islands of Bohol, Cebu, and Siargao which hardly experience heavy rains in July. Go surfing, and take the plunge in the Siargao water, or catch a few festivities in the country. Witness the Sandugo Festival in Bohol that commemorates the blood compact between Legazpi and Sikatuna. Or, catch the Pagoda Festival in Bulacan which celebrates the Holy Cross of Wawa found in the Bocaue River. 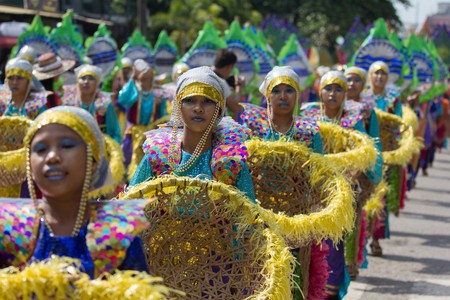 August has the same (if not, worse) weather conditions as July. The central areas — especially the Cordillera Region and the northernmost areas of Luzon — expect heavy rainfall by this time. Metro Manila and South Luzon aren’t exceptions when the Southwest Monsoon intensifies. Hence, it’s best to travel down south and visit the Mindanao Region. Davao City, the island group’s highly urbanized city, celebrates the Kadayawan sa Davao during the third week of August which features street dances, parades, and horse fights. And, when in Davao, it’s the perfect chance to see the Philippine Eagle and the country’s highest peak, Mount Apo. 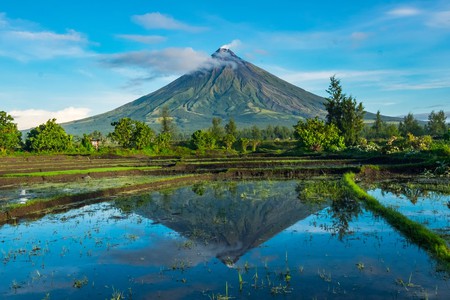 By September, weather conditions could get worse and strong typhoons are highly possible. September is also said to be the height of wet season in the Philippines. If you plan a trip to the beach, watch for public announcements as much as possible. If you’re a culture junkie, it would be best to visit museums and historical landmarks, go on a food trip, or head to Bicol to witness the Fluvial Parade of the Nuestra Señora Peñafrancia. Plus, you can see the Mayon Volcano, which is globally known for its almost perfectly-shaped cone! 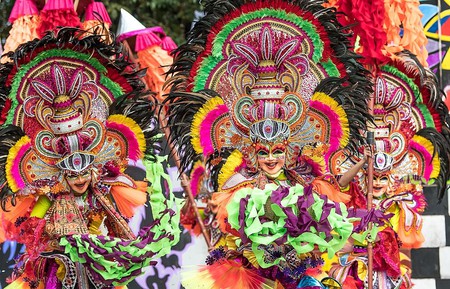 While there’s still a probability of rain, chances are, it will be dispersed toward the end of October. The end of October is an ideal time to travel in the country. There are also public holidays during this month, so local tourists look forward to getaways during October’s final week. The main event includes Camiguin’s Lanzones Festival, notable for its vibrant outdoor party. Also, the White Island is a must-see! And, if you’d like to find out why Bacolod is known as the City of Smiles, visit their town and celebrate the MassKara Festival, showcasing friendly locals donning elaborate masks. 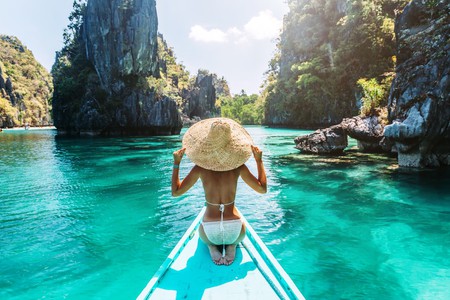 Woman on a tour in Palawan, Philippines | © Alena Ozerova / Shutterstock

While November marks the beginning of the dry season, there is still a chance of typhoons. It’s best to plan your trip toward the end of the month for a higher chance of good weather. There are also fewer crowds in popular destinations such as Palawan, as most locals are in malls shopping for the Christmas season! But if you’d like to witness a grand festival, head to Angono, Rizal and watch the Higantes (“giant paper effigies”) Festival. 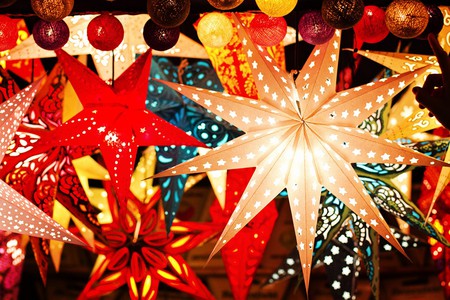 The cooler temperatures of December make it an ideal time to visit the country. Plus, Filipinos treat Christmas season as an important time of the year — they start decorating their homes as early as September! You’ll definitely feel the Christmas vibe in any part of the country. But, to get the most out of the Christmas experience in the country, visit San Fernando City in Pampanga and see their Giant Lantern Festival!

When not to go to the Philippines

The weather can be unpredictable in the country, as some typhoons occur outside of the typhoon season. But, generally speaking, avoid visiting the Philippines during its typical rainy season — from July until October.