What it Was Like Growing Up On the World's Best Island 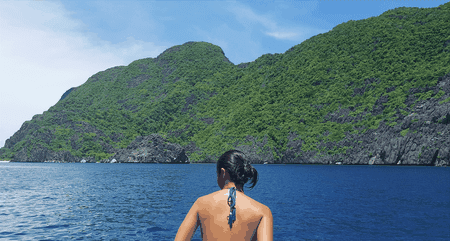 I begin to write this piece from the dining room of my childhood home in Palawan. Save from older-looking furniture and dustier walls, not much has changed here since I moved to bigger cities years ago for studies and work. The same can’t quite be said about the island. Once slow, provincial and seemingly ages behind the rest of the world, suddenly today it’s the “World’s Best Island”.

The Palawan of 15 years ago would be unrecognisable to travellers who only know the bustling tourist hub of Palawan today. The island of my childhood was rural and uncommercialised. Even the island’s capital where we lived, Puerto Princesa City, hardly felt like a ‘city’ at all. It was like a small town where you couldn’t leave the house without bumping into someone you knew and where there was only one of everything — one supermarket, one cinema, one coffee shop. Few people had cars, not all roads were paved, and car journeys to anywhere within the city would never take longer than a few minutes. It was a fantastic time.

Before I was old enough to even walk, Puerto Princesa was archaic. Newspapers, which were brought in from the capital, arrived a day late and televisions only screened two channels.

People who weren’t from Palawan would ask if we lived on the beach and took boats to work and school. We’d have to explain that no, we didn’t survive on coconuts or sleep on hammocks. We had roads and homes and schools to get to everyday. Just like them – except that we had the sea only a five-minute drive away and gorgeous virgin islands surrounding our little “city”. 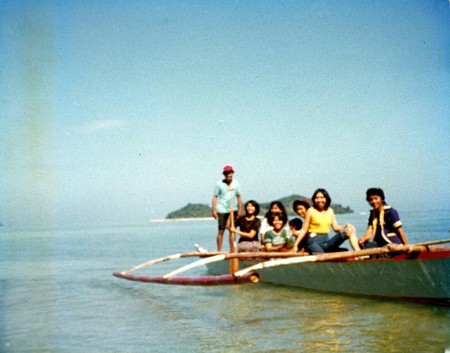 Almost every summer, my family and I would visit Manila to see family. The capital felt like a whole different world from my hometown—it was busy, every hour seemed like rush hour, the number of malls and restaurants was overwhelming and foreign media and trends were within reach. To a kid fascinated by massive toy stores and Western TV, Palawan seemed so “behind”. 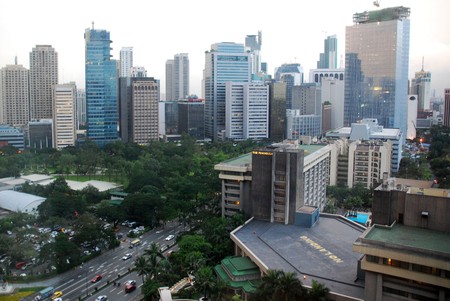 The cousins we would visit, who were born and raised in Manila, would ask us what there was to do in Palawan. “Lots,” I would think. We’d play in the backyard, go over to friends’ houses, make sweets and cold juice that we’d sell on sidewalks (when playing supermarket just didn’t cut it anymore). I remember asking them in return if they could imagine living in Palawan, and the response would always be a resounding, “No.” Palawan was considered “the province” – a rural area light-years behind the bustling ‘big city’. Looking back I realise how lucky I was to have lived in our little slice of paradise.

Both my parents worked from home and weren’t constricted by any work schedule. So at every long weekend, semester break and holiday, we kids (there were five of us) took the opportunity to get away from school and head straight for the beach where we would spend weeks on end.

We’d wake up to the sound of waves, heading straight for the shore as soon as we hopped out of bed. Our parents’ calling out to us, reminding us to apply sunblock and insect repellent, would go unnoticed as we ran out the house clutching plastic buckets and sand shovels. We’d return for lunch and head back out, circle the whole island if we were feeling up for it, and turn in our swimsuits only when the sun went down. We’d be sunburnt, itching, and peeling after the whole adventure. But we’d do the exact same thing the next day, and everyday after that. 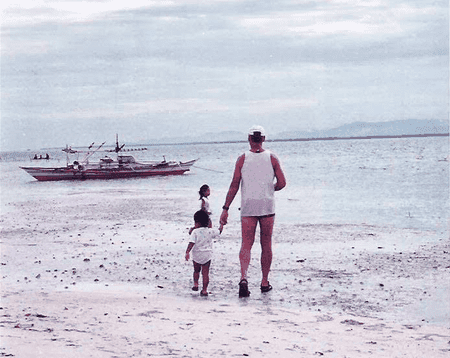 My fondest childhood memories took place on that island. Among them was the time we were called by fishermen to watch them release a dugong which got caught in their nets. Or the afternoon we were sitting on the porch and got treated to a display of dolphins jumping in the sea. At night we’d run our hands through the shallow waters by the shore and watch in amusement as plankton glowed below. On one of those nights, we followed a firefly, which led us to a whole sprinkle of them fluttering beneath the coconut trees. In retrospect, the most fitting word to describe those times would really be magical.

When we grew older, mornings were spent having coffee on the patio, with dad and the sunrise. Afternoons were saturated with In Praise of the Sun played on repeat, and the vivid glow of the colour-changing sky at sunset. Electricity was limited to a few hours everyday, so when we weren’t down at the beach or in the sea, we played Scrabble and card games on the patio, drinking sangria and exchanging stories. Happy hour lasted all day. 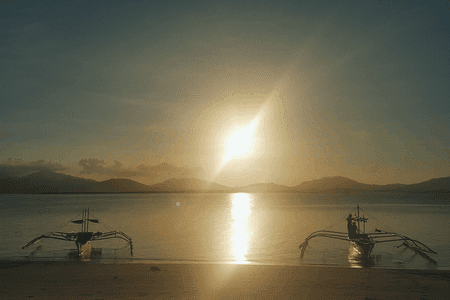 The now tourist hotspot island of Coron in Northern Palawan used to be quite the well-kept secret. It was a long ferry ride over, but my goodness was it worth it. The sea was turquoise; the rock formations were breathtaking; the marine life and shipwrecks, stunning. And Kayangan Lake, dubbed the cleanest in the country, was almost deserted back then. We had that treasure of a spot all to ourselves. At the time however, not having left the country nor my home island very often, I didn’t have much to compare it to. I didn’t grasp just how spectacular that experience and old Palawan was — I just assumed every other place had somewhere that looked as beautiful as that. 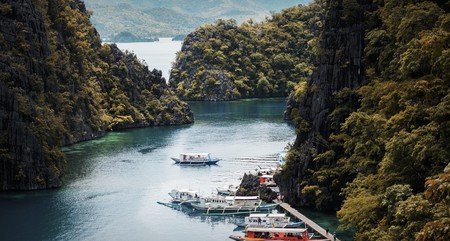 Realising Palawan was so much more than I had given it credit for only took place once I properly left home. I moved to Manila for university and, despite being there almost every summer before, I went through a phase of culture shock. It was so much busier, grimier, dustier, and gloomier than home. Visiting Palawan for the first time since living in Manila was (literally and figuratively) a breath of fresh air. The sky seemed so much bluer than I remembered. People seemed so much friendlier. And the slow pace I sometimes wished would speed up in my teens, I embraced and yearned for after Manila. 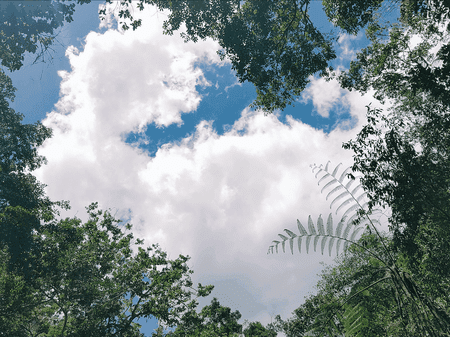 Some years after, I moved to Spain, first for studies, and then for work. I travelled as much as I could, and it was all so beautiful — the moorish architecture of Southern Spain, the Eiffel Tower sparkling in the night, the canals of Venice, the Sahara Desert in Morocco. But I can proudly say that Palawan is right up there with them.

At uni, during first-day introductions, I got used to pausing after saying “I’m from Palawan,” for an almost inevitable reaction from the class of oohs and hushed wows. While travelling, I’d constantly meet people who, upon finding out where I was from, would playfully respond with, “So what in the world are you doing here?”.

Truth is, seeing the world is fantastic. There’s absolutely nothing like it. Leaving the nest and comfort zone might be scary, but it’s liberating. Learning something from every new place and every person you come across is something I believe everyone should push themselves to do. But home, coming back to sweet, sweet home, is what makes leaving it all the more necessary. Had I never left, Palawan to me would have been just a pretty place.

So now, as I end this piece from the dining room of my childhood home, just a few days before I have to leave Palawan again, and a few weeks ’til I have to leave the Philippines altogether, I’m drenched in a familiar bitter-sweet emotion. Leaving will never be easy, no matter how many times you do it. But it’s the only way to experience the incredible feeling of coming back home. 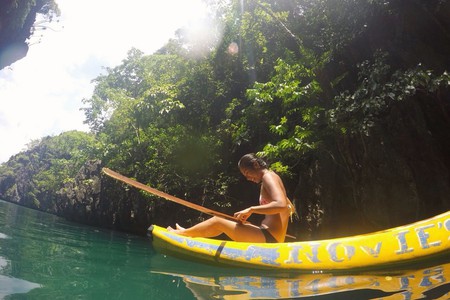 Today, we share the island with many others from all over the world and we can only hope they learn to love our home as much as we do, treating it with respect so that its beauty is conserved and continues to flourish for the enjoyment of generations to come.