Top 9 Things To Do in Manila, Philippines 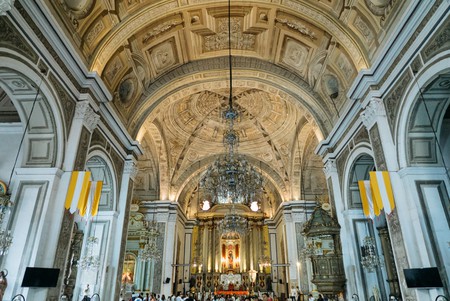 Manila might be known as a busy, overcrowded city, but there are a lot of tourist spots and remarkable destinations that every first-time traveller should visit. Check out the top things to see and do in the Philippines’ capital city.

Intramuros is one of the few places in the country where you’ll be able to see traces of the Spanish Colonial Era. Apart from Vigan City’s famous Calle Crisologo up north, one can also explore the colonial lifestyle during the Spanish period by visiting Manila’s historic spot and oldest district. If you’re heading to Intramuros, make sure to walk or ride on the calesa (horse-drawn calash) to visit top spots such as the Manila Cathedral and Fort Santiago.

You might want to drop by at Casa Manila – a grand house located in one of the original villages of Intramuros. This house-museum, built in a stone base and painted wood structure, is a copy of an 1850s San Nicolas House. It was constructed in the 1980’s and every floor in the three-storey structure contains important Filipino artefacts from the old days. 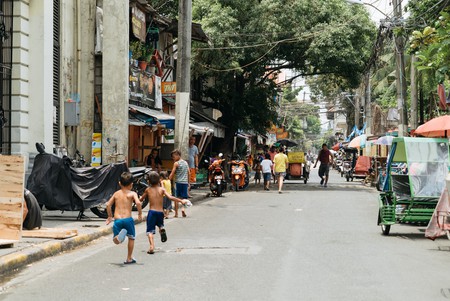 Visit a museum or two

Can’t get enough of rich Philippine history and its diverse culture? There are a lot of museums you can visit within the area such as The National Museum, Metropolitan Museum, Bahay Tsinoy, and National Museum of Natural History in Rizal Park. You’ll also find a Planetarium at the National Museum which has full-dome shows entitled: Hayabusa: Home Sweet Home, A Planet for Goldilocks & Journey to a Billion Suns.

Have fun in one of Manila’s amusement parks

As one of the heavily-visited cities around the country, there are a number of amusement parks perfect for families such as the Manila Ocean Park, DreamWorks DreamPlay, Star City, and SM Mall of Asia’s (one of the country’s best malls for shopping) By the Bay Amusement Park. You can get a 360-degree view of the mall establishment and the nearby areas of Pasay when riding on SM MOA’s 55-metre-tall ferris wheel called the MOA Eye.

Experience peace and a calm environment by visiting Paco Park and Rizal Park. Paco Park, known to be a cemetery in the 19th century, is where Dr. Jose Rizal – the country’s National Hero was interred after he was shot in Bagumbayan (which is now Rizal Park). They cleared out the tombs later that year and turned it into a park. Now, it’s a recreational spot which has a sequestered garden in the middle with trees, lawns and gardens around the place.

Meanwhile, Rizal Park has become a favorite leisure spot in the Manila area. It has also become a venue for events with its open-air auditorium and nearby Quirino Grandstand. Apart from Rizal’s monument, there are also artworks and museums, fountains, and other statues found within the park. 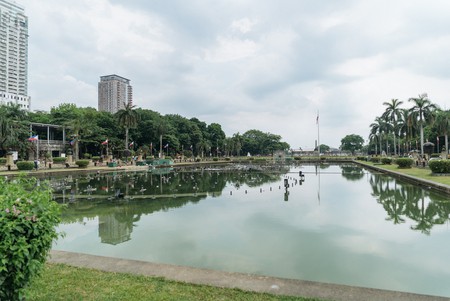 Go on a shopping spree at Divisoria

From apparel to shoes and bags to home décor, Manila is also the popular place where you’ll find the best and biggest bargain deals, and low-priced goods. There are weekend markets, secondhand thrift shops, antique shops, bazaars, and of course, the famous commercial centre called Divisoria. While there are various sellers selling cheap stuff, it’s surely best to learn how to haggle and make the most out of your money in this shopping district.

Located in the walled city of Intramuros, San Agustin Church is the oldest church in the Philippines and the first church built in Luzon. Originally made of wood and palm, it was later replaced by stones. In 1993, it was recognised as a UNESCO World Heritage Site and is among the very few Baroque churches across the Philippines.

On the other hand, Quiapo Church has been known as the home of the Black Nazarene, which is claimed to be miraculous. The church is the site of one of the country’s biggest cultural events each year – the Feast of the Black Nazarene. During this annual event, millions of devotees and parishioners head over to join the procession and aim to kiss or touch the statue as they believe doing so would lead to their intentions being granted. 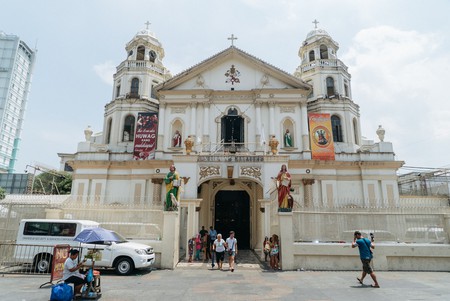 Apart from dining like a local and eating favourite Filipino dessert halo-halo, it’s also a must for first-time visitors or even locals to go on a food trip along the streets of Binondo, Manila. You can grab a quick snack, munch on Shanghai dishes, or eat some dumplings and pulled noodles in classic and timeless Chinese restaurants. Most of these restaurants also serve meals at budget-friendly rates so trying various delicious dishes won’t cost you that much.

Have a taste of local beer

After a long day exploring the historical sites and amusement parks within Metro Manila, there’s nothing better than capping it off with a bottle of a ice-cold beer. The most popular beer choices are San Miguel Pale Pilsen, San Miguel Light and Red Horse which is best paired with pulutan (bar chow) such as chicharon (fried pork rinds or fried pork belly) or sizzling sisig (a Filipino dish usually made of pig ears and jowls seasoned with calamansi and chilli peppers).

Before you head home, be sure to purchase a sentimental token that would remind you of your time in Manila. And because Filipinos are generally known for their cultural habit of buying and bringing pasalubong (souvenirs), it won’t be hard for tourists to find souvenir shops across the Metro. Most of these souvenir shops sell inexpensive items that are handcrafted by local craftsmen such as miniature versions of the Philippine jeepney, handwoven textile, shell crafts, and rustic home décor.