Top Filipino Photographers to Watch Out For 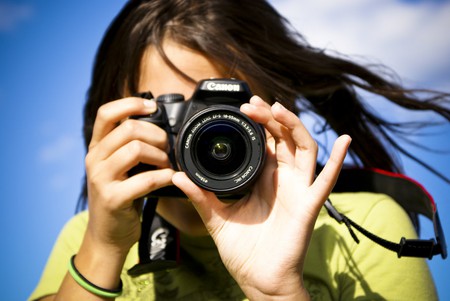 Filipino travel photographers have always been blessed with a wealth of stunning scenery on the islands and in the cities, street photography, portraiture, and fashion photography are on the rise. Among the many notable Filipino photographers practicing, we’ve picked these seven whose work you should keep an eye out for.

This up-and-coming photographer has already launched his first book, titled Push: Muses, Mischief, & How To Make It In Manila. His Instagram account is virtually exploding with followers eager to take in his perfectly staged and timed images of the country’s hottest young celebrities. BJ’s eye for fashion has made him a favorite with magazine editors (he took summer classes at Parsons in New York and the International Center for Photography.) Still under 30, this self-taught photographer has already shot more than 100 magazine covers.

Although Marc Nicdao is not exactly new on the scene, his photography created a stir from the moment it showed up—and still does. Marc took an internship with celebrated Filipino photographer Francis Abraham while studying Fine Arts at university and never looked back. His career has expanded beyond the Philippines, and he’s photographed the likes of Catherine Deneuve, Tommy Lee Jones, and Adam Levine. Marc’s energetic, interactive imagery features everywhere in the Philippines, from fashion pages to billboards. He was nominated for Fashion Asia’s Top Fashion Photographer Award in 2011.

The early success of Paul Quiambao’s work is inextricably linked to his alma mater, the University of Santo Tomas. Paul’s dramatic and unforgettable images were sought for the university’s 400th-year celebrations. His atmospheric pictures of the university’s ancient grounds and buildings were culled into a book and a photo exhibit, which launched his career in the Philippines. Quiambao has since found his niche in travel photography, and has founded The Thomasian Photographers Guild.

Xyza Bacani is one of the most remarkable successes in Philippine photography. Xyza worked as a nanny in Hong Kong for more than a decade before taking her first photos with a camera she bought with a loan from her employer. She began taking images of street life in Hong Kong and on the strength of her work, won a scholarship from the Magnum Foundation and the chance to hone her craft in New York City. She uses her photography to draw attention to human rights stories, and has picked up a number of accolades, including BBC’s 100 Women of the World 2015, and Forbes 30 Under 30 Asia 2016.

A provocateur by nature, Niccolo Cosme is a visual artist and conceptual photographer who has tapped his talents as much to raise awareness as he has to express his creativity. One of Niccolo’s best friends was diagnosed with HIV in 2008. The experience led him to his first photo exhibit, “Aware,” which went on to be featured at UNAIDS in Geneva. It was the first of several causes Niccolo would tackle through his lens. So far he’s held two solo exhibits of his stylized photographs in New York.

A young street artist and photographer with a passion for shooting the streets, Geloy Concepcion’s images show the struggles of life in Manila in a way that is immediate and human. The portraits in his portfolio are natural and unscripted, which isn’t a surprise as Geloy often shoots the same streets where he grew up. Before the age of 20, Geloy’s pictures caught the attention of the 7th Angkor Photo Workshop, and he’s exhibited his work as far afield as Japan, Taiwan, and Singapore.

The son of noted Filipino photographer Arnel Villegas, Nico Villegas grew up surrounded by art. He mastered digital and film photography in college, and went on to shoot for local newspapers before pursuing the subject at The Art Center Design College in the United States. In New York, Nico landed an apprenticeship with Xander Angeles, a Filipino photography and film-making icon, and spent two years working in The Big Apple. These days, he shoots fashion and advertising projects for Edge of Light, one of the Philippines’ most high-profile studios.