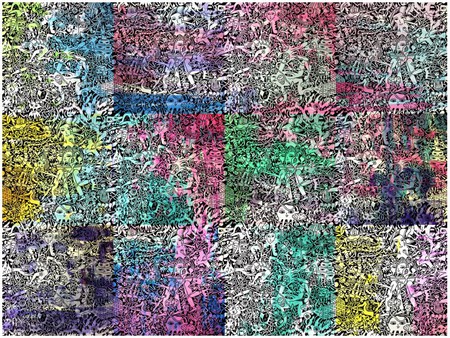 After a 50-year hiatus, the Philippines’ participation in the 2015 Venice Biennale helped bring a new wave of local artists into the limelight. We profile 10 contemporary Filipino artists you should know.

Concepcion is a studio artist whose work experiments with intense emotion, deconstructing images in his paintings, sculptures, and installations. He creates art like recording a music album, where each painting is from a series of nine. Concepcion describes it as producing an old favorite, a classic, sleeper hit and one piece he doesn’t really like but keeps coming back to.

He is a graduate of the University of the Philippines, with a Bachelor in Fine Arts while under the mentorship of pioneer conceptual artist Roberto Chabet. After graduation, he moved to New York in 2002 and spent a significant amount of time in Brooklyn, where he participated in art residences for the Bronx Museum of Art Artists-in-the-Marketplace (AIM) Program, the Artists Alliance Inc. Rotating Studio Program, and the Lower Manhattan Cultural Council (LMCC) Workspace Program.

Concepcion returned to Manila in 2013 with a triumphant solo show at the U.P. Vargas Museum, after participating in the El Museo del Barrio La Bienal in New York. He remains active on the Asian art scene and is a recent recipient of the 13th Artists Award by the Cultural Center of the Philippines. 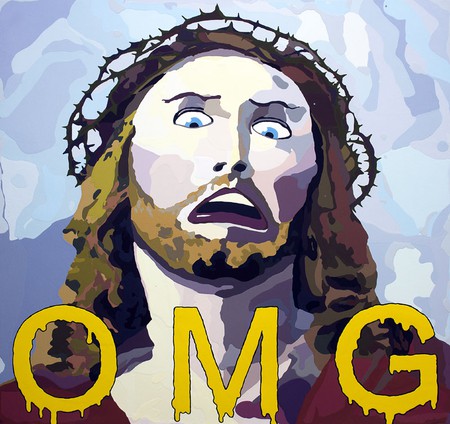 Ventura is a contemporary artist from Manila, with a Bachelor’s degree of Fine Arts in Painting from the University of Santo Tomas. He initially taught in the same school after graduating but found his true calling as a visual artist after his first solo exhibition at the Drawing Room in Makati in 2000. Ventura’s work is known to consist of multiple layers, using imagery that focuses on the human form. His paintings are a dramatic union of comic sketches, reality, and graffiti. He draws inspiration from Asian mythology, Catholicism, science fiction and comic book characters. He is known to have the highest selling work in the history of the Southeast Asian art market: his painting Grayground sold for a whopping $1.1 million USD at an auction in Sotheby’s Hong Kong.

Initially trained as a sculptor, Leeroy’s work blends theatre, fashion, film, production design, and public art. He graduated from the prestigious Philippine High School for the Arts, before continuing his Fine Arts degree at the University of the Philippines. He has received artist residences in Singapore and Australia and was awarded the 13 Artists Award by the Cultural Center of the Philippines in 2014. His large-scale public art uses common objects and materials found in everyday environments.

In the sand dunes of Paoay, Ilocos Norte, Leeroy collaborated with the local government to convert discarded water tanks and cement fountains into a post-apocalyptic park filled with sculptures. His most recent grant from the Burning Man Global Arts foundation was used to transform the most polluted waterway in Manila, the Pasig River, with floating installations – challenging views on the environment.

Born in Caloocan City, Manila, Villamiel is a multimedia artist known for his large-scale installations consisting of objects found in local communities. His art career may have started later in life, but his installations have enthralled audiences for the past decade. He initially worked as a set designer for television, a leather bag craftsman and a successful t-shirt company entrepreneur before holding his first solo exhibition in 2006.

He once filled a room with thousands of bullhorns in his show Mga Damong Ligaw (‘Wild Weeds’) in 2014, at the Light and Space Contemporary in Fairview, Manila. The bullhorn installation was made to look like a terrain of weeds when viewed at a certain angle. Villamiel’s work reflects the current socio-political situation in the country, highlighting elements of poverty, consumerism, and religion. His massive installation Payatas, which features thousands of doll heads, was chosen to represent the Philippines in the Singapore Biennale exhibition in 2013. It took him two-and-a-half years to finish this work.

His work is influenced by pop culture, graffiti, children’s drawings, and tattoos – creating pieces that challenge people’s views on fine art. He is known locally for his on-going series of Garapata street art (the Tagalog word for ‘tick’), filling public spaces with the notion of ‘infecting’ the city with his art.

Fernandez has exhibited extensively in top galleries in the Philippines and abroad, including in Paris, New York, and the Singapore Biennale. He recently participated in the Melbourne Art Fair 2018 with fellow Filipino, Melbourne-based artist Diokno Pasilan.

Brother to artist Diokno Pasilan, Neil is a Bacolod-born artist from a family of craftsmen and boat builders. He is a self-taught visual artist who displayed creativity as a child. Pasilan has moulded clay figures for most of his life and continues to use this in his work.

Currently based in Manila, he has become known for his paintings that hold multiple layers, using different mediums to expose new forms. Pasilan’s work has been represented by the Drawing Room of Manila, Artinformal Gallery, and West Gallery. A notable collaboration with Raffy Napay was featured in Art Fair Philippines in 2017. 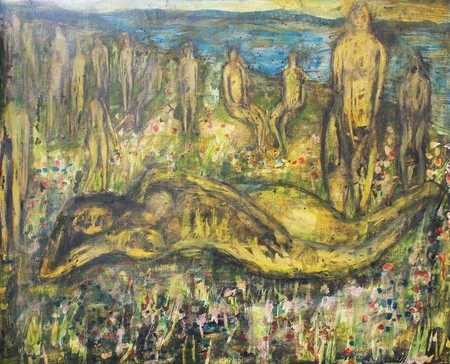 This Baguio-born artist is son to legendary filmmaker Kidlat Tahimik and German artist Katrin de Guia, and was mentored by famous Baguio artists BenCab and Santiago Bose. Kawayan’s art contemplates the Philippines’ changing urban culture. He illogically arranges texts and icons to compose a painting, depicting the human form in new ways. His work draws from popular culture, the media and mass consumerism. He also creates sculptures and massive art installations – such as his Bomba series – and blings out discarded Jukeboxes.

In 2011, he initiated the Ax(iS) Art Project, promoting the local artist community in the chilly hill station of Baguio and the Cordilleras. Kawayan has held numerous solo exhibitions in the Philippines and abroad. He was a guest curator for the Singapore Biennale in 2013.

Eustaquio is an artist who works in various mediums, experimenting with different materials through installation, drawing, and painting. The frames from her painting are cut, resulting in canvases that evoke images of wilted flowers and carcasses. Her sculptures are fashioned from fabric, covering objects with resin-treated silk or crochet. The object is then removed, to allow the fabric to retain its position, folds and drapes. Her work examines the ideas of perception and memory. Eustaquio’s solo exhibitions have been held in Manila, New York, Taiwan, and Singapore. In 2016, her site-specific installation was featured in the Palais de Tokyo in Paris. 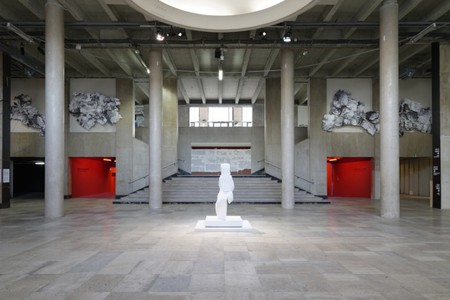 Born to a Dutch mother and Filipino father, Atienza continues to live both in the Philippines and Holland. After receiving her Bachelor in Fine Arts from the Academy of Visual Arts and Design in the Netherlands, she accepted residency grants from England, Australia, New York and Singapore. Her video art reflects snapshots of reality and the environment drawn from her Filipino and Dutch roots.

She is currently interested in using contemporary art as an aid to bring about social change. In 2017, she won the Baloise Art Prize at Art Basel International Fair for her video installation Our Islands, 11°16`58.4” 123°45`07.0”E., which shows a traditional Catholic procession from the Philippines under water.

The Manila-based artist often refers to Filipino culture in his paintings, drawing from everyday scenes of local urban life, which sharply depict an imperfect world. Borlongan’s work is a favorite among collectors and at auctions. In his first major work, Rehimen (1988), he uses bold brushwork to manipulate the Marlboro emblem, which is guarded by a pack of dogs as an emaciated figure lays in despair in the foreground. The painting represents the marginalized Filipino people who are living in poverty, with no way of moving forward. In February 2018, Borlongan celebrated a retrospective of 25 years in art, showcasing more than 150 paintings and 50 drawings featured in the Metropolitan Museum of Manila.