This Might Be the Most Extravagant Street Dancing in the World 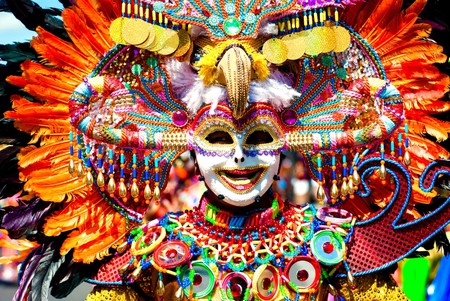 When hardships strike a community, the easiest way of response is with gloom and grief—but not in Bacolod City. Known as the Philippines’ City of Smiles, Bacolod’s reaction to a misfortune nearly four decades ago was an uplifting one—not surprisingly, considering its nickname, the city began a “Festival of Smiles.”

A standout in the extensive list of Philippine festivals is one characterized by bright, grinning masks, equally vibrant costumes, and performers gyrating to buoyant music blasting all along the city streets. This is the famous MassKara Festival in Bacolod.

The name comes from a play on words, in which the country’s long history as Spanish and American colonies becomes evident. The English word “mass,” referring to something large-scale, is joined with the Spanish word cara (kara in Filipino as the letter “c” is replaced by the letter “k” in the Tagalog language) to refer to the “mass of faces” that characterizes the festival. And putting these two words together produces maskara, which is the Spanish word for “mask.” 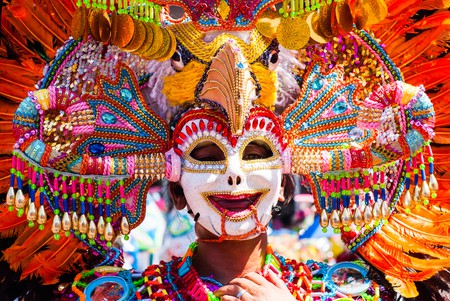 The festival was initiated in 1980, when the city was going through an economic turmoil. The value of sugar, its primary agricultural product, was depreciating, as more affordable sugar substitutes were being produced. Within the same year, another tragedy shook the city when a passenger vessel carrying many of its residents collided with an oil tanker and sank.

Living up to its sanguine nickname, the city chose to prevail in the midst of tribulation. To encourage the community to move past hard times, the local government, along with the help of local artists, began the MassKara Festival, a celebration spanning through most of the month of October.

For the first week or two (depending on the decided schedule for that year), multiple events, from beauty pageants to street parties, take place all over the city. But the festival’s highlight, which falls on the final weekend, is when hundreds of performers representing their respective barangay (districts) process down the city’s streets in impressively elaborate costumes and smiling masks to battle it out in the much-anticipated street dance competition. 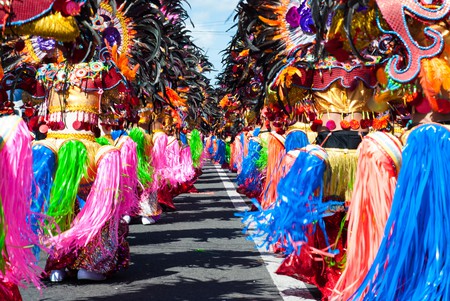 The energetic parade lasts for as long as four hours, as the different groups make their way to the Public Plaza where they perform their ultimate dance entry to the competition. Along the way, however, everyone is already in high spirits as upbeat music blasts throughout the streets and the performers dance along as they showcase their captivating apparel and large, enchanting masks. 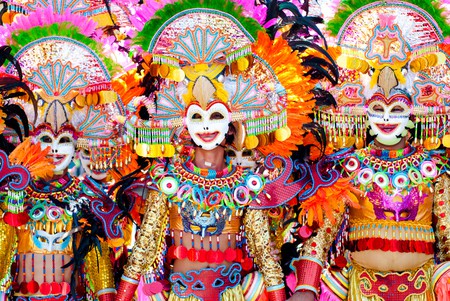 At Bacolod’s MassKara Festival, the city’s cheerful disposition is contagious. And now going on its 38th year, the festival still continues to succeed in its initial mission of spreading smiles.