This Japanese WWII Soldier Refused to Surrender for 30 Years 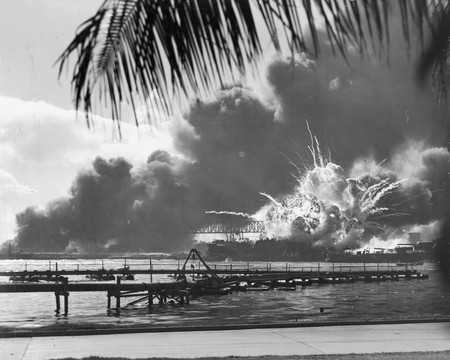 World War II ended with the surrender of Japan in August of 1945, but several members of the Japanese military who had been placed in remote locations in the did not get the word until much later. For zanryuu nipponhei, (literally, “remaining Japanese soldiers”) the war went on for months – even years – longer. Due to lack of communications, doubt that the war had actually ended, and a vehement refusal to surrender to local authorities, some of these soldiers continued to fight enemy forces and even local police. The longest standing Japanese holdout was Hiroo Onoda, who refused to leave his station for nearly 30 years after the war had already ended.

Trained as a commando, Onoda was sent to Lubang Island in the Philippines on December 26, 1944. His assignment was to destroy an airship and the pier in order to hinder any enemy attacks on the island. His order from also explicitly stated:

“You are absolutely forbidden to die by your own hand. It may take three years, it may take five, but whatever happens, we’ll come back for you. Until then, so long as you have one soldier, you are to continue to lead him. You may have to live on coconuts. If that’s the case, live on coconuts! Under no circumstances are you to give up your life voluntarily.” – Major Yoshimi Taniguchi

Upon arriving at the island, Onoda joined another group of Japanese soldiers who had been sent there before him. When enemy forces took the island in on February 28, 1945, the majority of the Japanese soldiers were killed. Onoda and three survivors headed to the mountains and hid. 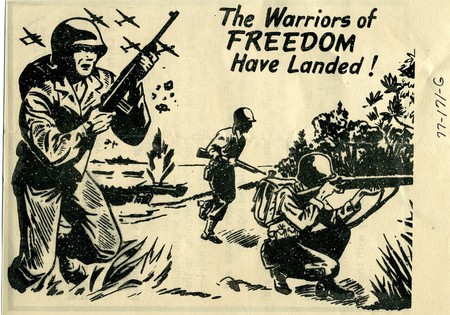 During his time living in the mountains, Onoda and his fellow soldiers continued to carry out their military duties, at times getting into shootouts with local police. Several leaflets announcing that the war had ended were dropped by air or left in the area by locals, but the soldiers believed they were Allied propaganda, placed there to trick them into surrendering. Over time, Japanese aircraft began dropping personal letters and family photos for the soldiers to find; they believed these too were a trick.

Years passed and the other soldiers either surrendered or were killed in gunfire. When his last remaining companion was shot by local police in 1972, Onoda was on his own. He continued to carry out his duties alone until a chance encounter with a 24-year-old Japanese man named Norio Suzuki. 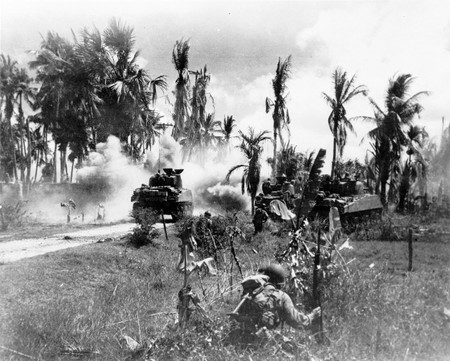 A young explorer and something of a hippie, Norio Suzuki had dropped out of Hosei University in Tokyo to travel the world in search of “Lieutenant Onoda, a panda, and the Abominable Snowman, in that order”. He found Onoda on February 20, 1974, after only four days of searching the island, and informed him that the war had ended in 1945. Still, Onoda was steadfast in his refusal to surrender, stating that he would not leave his post until he received the order from a commanding officer.

Suzuki returned to Japan, tracked down Onoda’s commanding officer, Major Yoshimi Taniguchi, and showed him the photographs he had taken of himself with Onoda. Taniguchi flew to Lubang Island and met with Onoda, fulfilling the promise he made in 1944, “Whatever happens, we’ll come back for you”. Onoda was officially relieved of his duty on March 9, 1974. 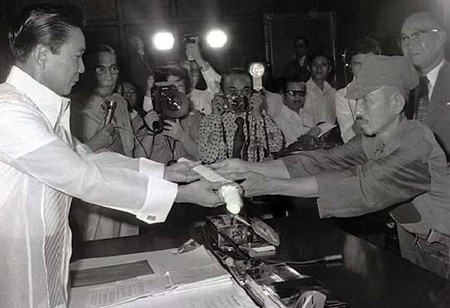 Onoda returned to Japan to find that he had become something of a national celebrity, with some even suggesting that he run for office. He published an autobiography, No Surrender: My Thirty-Year War, and was the subject of numerous documentaries both in Japan and the Philippines. Overwhelmed by the attention and frustrated with the changes in the culture of post-WWII Japan, he moved to Brazil in 1975 to raise cattle, eventually marrying in 1976 and becoming a leading figure of a Japanese colony in the state of Mato Grosso du Sul. Onoda made his final return to Japan with his wife in 1984 to open a nature camp for young people. He died in January of 2014 at the age of 91.