The Rebirth of Boracay Island in the Philippines 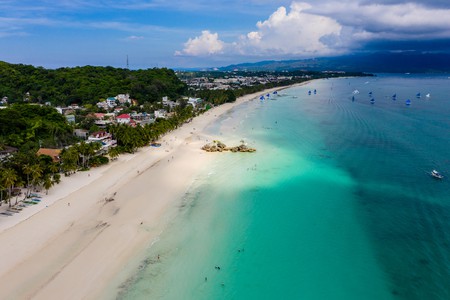 Boracay's famous White Beach is less crowded these days, with a limit of just over 5,000 tourists permitted on the island each day | © RDW Aerial Imaging / Alamy Stock Photo

Boracay Island in the Philippines has been called the Ibiza of Asia, a honeymooner’s dream and a backpacker’s secret, but as the number of visitors increased, so too did the environmental issues. In an attempt to save the island’s ecosystem from ruin, in 2018 the island was closed for six months. Culture Trip speaks to locals about the effect the shutdown had.

Stunning white beaches, unrivalled sunsets and a nightlife buzzier than the Philippines’ famous fireflies, there’s a reason the tiny island of Boracay has been a favourite tourist destination – and the country’s most visited – for decades. But President Rodrigo Duterte took drastic measures in 2018 by closing it for six months, due to environmental damage.

Secrets and best bits of Boracay

The number of visitors to the Philippines has soared by almost 700 percent over the past 30 years. Boracay accounts for 2 million visitors a year – that’s almost a third of the country’s annual tourism on an island of 10 square kilometres (four square miles). The result is a vibrant island paradise with something for everyone.

Boracay is home to nine beautiful beaches, from quiet local favourites to the popular 4km-long (2.5mi-long) White Beach. The pure white sand is lined with luscious green palms and turquoise sea, perfect for swimming. It’s also bathed each night in the glow of the world-famous sunsets that make the island sparkle.

You can enjoy water sports and group expeditions during the day, then parties all night, from hard-hitting clubs to chilled-out open mic nights. The island is also a good spot for foodies, with delicious traditional Filipino fare alongside Italian, Swiss and French cuisine. At D’Talipapa market, visitors can pick out seafood and take their catch to a restaurant to be prepared.

Boracay is easily accessible by a short boat transfer from Kalibo and Caticlan airports. Long-haul travellers can connect through Manila, while backpackers use the island as a stop-off en route to the rest of the Visayas or to Palawan.

Tourism has brought a buzz to Boracay, with expanding local business and more development. However, the rate of change, together with lax regulation, put a huge strain on the environment.

The closure of Boracay

After a video showing sewage flowing into the ocean went viral, environmental concerns mounted and the national government stepped in. Inspectors found more than 800 environmental violations. The sewage situation was out of control, and levels of rubbish were recorded at three times higher per person than that of the capital city, Manila. President Duterte called the island a ‘cesspool’ and ordered its six-month closure from April 2018. With no tourists allowed in, Boracay would have a shot at repair and restoration. 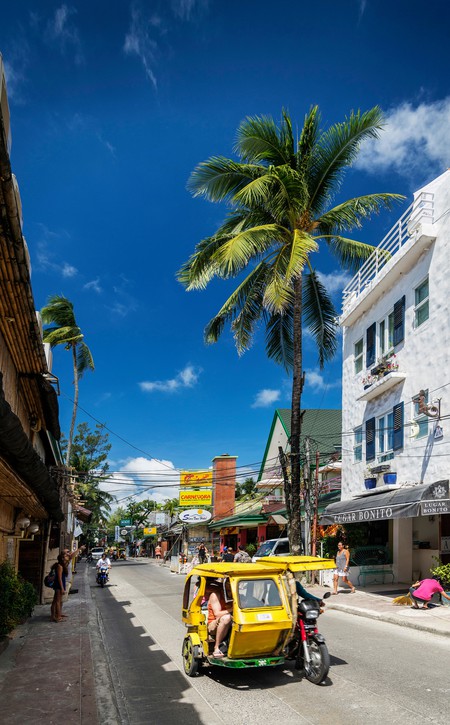 Tourists are now allowed back to the island, which is less crowded and better maintained | © Jack Malipan Travel Photography / Alamy Stock Photo

Shutting off an internationally renowned destination may seem extreme, but Greenpeace Southeast Asia tells Culture Trip that such measures are sometimes required. “Sustainable tourism means cooperation and active involvement from all sectors: the government, public and businesses,” a spokesperson says. “Businesses should consider factors such as food sourcing, energy and water use, use of reusable products, alternative delivery systems such as refill stations and proper waste management. Concerned government agencies need to ensure strict legislation and implementation and monitoring to sustain positive initiatives.”

Worryingly, the closure resulted in more than 17,000 locals losing their jobs on the island, where tourism is the sole industry, generating revenues of more than £760,000 the previous year. The government offered jobs to locals, but they were one-off, lasted 30 days and paid the minimum wage.

Valeria, marketing manager at Aplaya Beach Bar Boracay, says that initially her staff were worried about the shutdown and the uncertainty it would cause. “We didn’t know how long the island would be closed. The business is different now to how it was, as people still wonder about the island’s conditions and about the new rules in place. But overall, we think the closure was worth it, as it restored the environment and saved nature. This will affect businesses positively in the long run.”

Roy Cimatu, head of the Department of Environmental and Natural Resources (DENR), says there has been a visible change to Boracay since the restoration efforts. The island is said to be cleaner, less crowded and better maintained. There is a cap of 5,405 tourists per day, and airlines have reduced their schedules. Businesses have new sanitation requirements, and many have adopted the ban on single-use plastic. There is no smoking or drinking on beaches, though revellers can still party away in beachside bars. 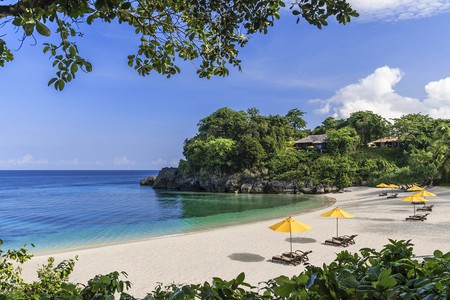 Boracay’s socially advanced initiatives have been recognised at the Japan Tourism Awards as an example of sustainable tourism worldwide. And locals have benefited too, according to Malay town mayor Abram Sualog, who said the preservation project has drawn positive feedback from tourists, which in turn has encouraged locals to maintain it.

Dave Junker, general manager of the Shangri-La Boracay Resort & Spa, has seen the positive impact of the shutdown. “Turtles are now hatching eggs on our beaches again, and they haven’t done so in years. It’s remarkable. We recently celebrated this milestone with our guests who helped us release the turtles back into the ocean.”

Locals, tourists and officials can all look forward to a brighter future, as Boracay retains its natural beauty and laidback atmosphere – but only with our continued help.

“We all need to play a part in helping preserve Boracay Island so it can continue to be enjoyed for future generations,” Junker says. “I think this message is now being heard, and it’s great to see businesses and tourists alike coming together to ensure it happens.”