The Most Spectacular Hiking Trails in the Philippines 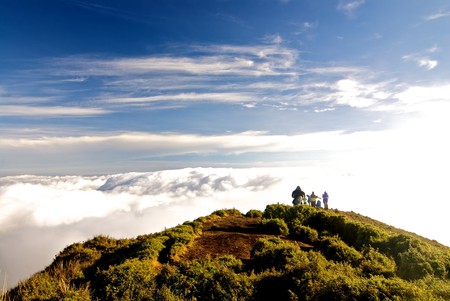 Aside from being a beach lover’s paradise, the Philippines also boasts a long list of picturesque hiking trails, ranging in levels of difficulty. In a country gifted with abounding natural beauty, hikers can be guaranteed stunning panoramic views accompanying them during, and rewarding them after every journey. Here’s a list of the country’s best trails.

First up is a very popular beginner hike just a few hours from Metro Manila. Mt. Batulao in Batangas gives hikers extremely scenic trails of rolling slopes and green grasslands. Several “mini-peaks” are passed through before finally reaching the summit, which takes roughly four hours to arrive at. Though perfect for beginners, the hike presents a decent challenge and is not at all boring. For hikers in it for the stunning views and wanting to take their time, there are campsites along the trail to relax and spend the night. 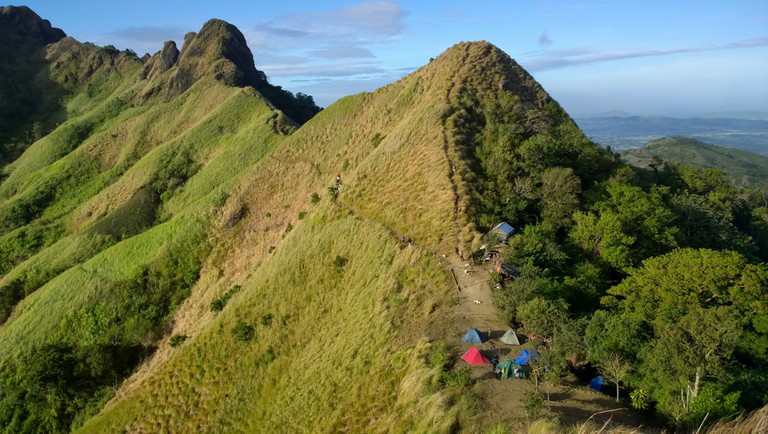 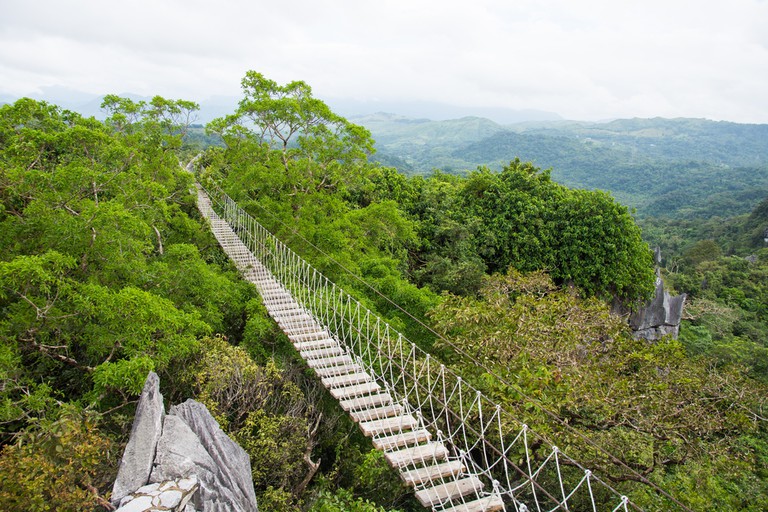 Hanging Bridge at Masungi Georeserve | © Richard Ernest Yap / Shutterstock
Another near-Metro favorite is the Masungi Georeserve in Rizal. This 1,600-hectare conservation area set within lush rainforests and limestone formations has quickly become a famous day-trip destination. The trail, which takes three to four hours to complete, is made exciting by a variety of paths and rope obstacles and made beautiful by several spectacular viewpoints in between. Nature lovers will feel right at home (and will also have the most amazing Instagram photos to take away!).
Open In Google Maps
Kilometer 47 Marcos Highway, Baras City, 1970, Philippines
+639951869911
Visit Website
Visit Facebook page
Give us feedback

For hikers looking for a bit more of a challenge but still wanting to limit their hike to a day, trekking up to Tarak Ridge, one of Mount Mariveles’ several peaks, would be a good choice. The steep hike rewards trekkers with great views of Bataan, Manila Bay, and its surrounding islands. A refreshing stop en route to the ridge is the Papaya River, after which the uphill challenge begins. Many hikers also choose to set up camp and spend the night but this is a hike that can be squeezed into a day’s worth of hustle. 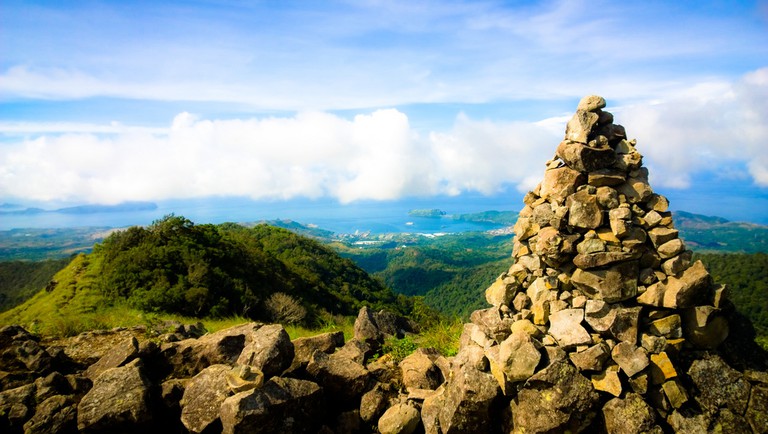 Along the beautiful Sierra Madre – the longest mountain range in the country – lies Mt. Daraitan. Opting for a trip up this mountain’s trail is perfect for those who want to do more than just a hike. A recommended side-trip upon descent is the trail to the gorgeous Tinipak River. And for hikers who want to camp out for the night, they’ve got the luxury of time to explore other natural gems in the area such as caves and springs.

This mountain in Rizal is especially popular for giving hikers the best chance at feasting their eyes upon a stunning sea of clouds. To be able to make it on time for this sight, hikers leaving from Metro Manila have to depart as early as two to three o’ clock in the morning and make their way up at dawn. Views, especially at this hour, are spectacular, with the rising sun and great views of the Sierra Madre mountain range. During their descent, hikers are treated to eight little waterfalls to cool down after the journey.

Considered by many as one of the most majestic hiking trails in the country is the highest peak in Luzon, Mt. Pulag. This mountain in Benguet is notorious for its cold temperatures that drop to subzero levels, so it’s very important to come well-equipped. There are several trails up the mountain, with Ambangeg being the easiest (four to five hours to the summit). For a more challenging trail, the Tawangan Trail is quite heavy on the ascent but much less crowded and more peaceful (ten to eleven hours). Conquering Pulag usually takes two to three days, allowing hikers to make their way to the summit from the campsite during the golden hours of sunset and sunrise. It is here that the views reach all levels of magnificent — with a sea of clouds below, its easy to get the feeling of being on top of the world. 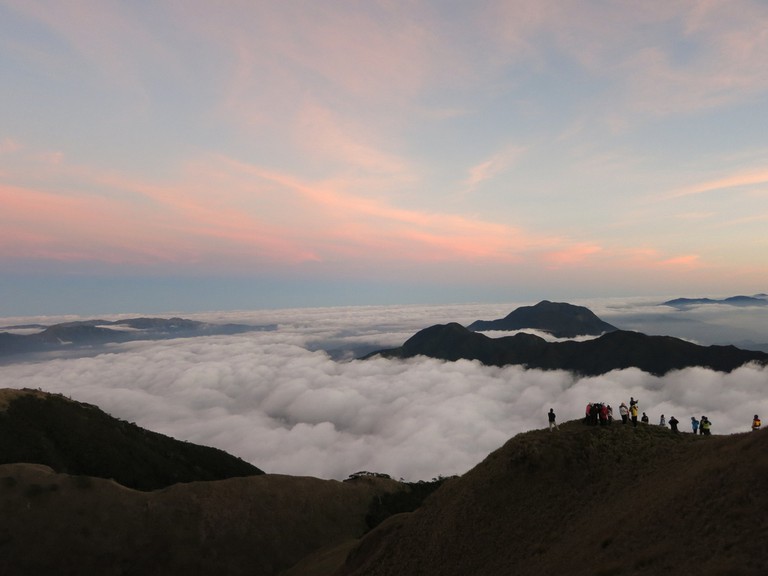 For more experienced hikers, the three-mountain circuit in the town of Kibungan in Benguet is a fantastic, little-known hike. These areas have yet to be made popular so it remains lush and well-preserved. The circuit, which takes anywhere from two to three days to complete, spans across the mountains of Tagpaya, Oten, and Tagpew. Beautiful scenery awaits as hikers pass through pine forests and the region’s acclaimed rice terraces. While sitting on the more challenging end of the hike spectrum, this back to nature trail is completely worth it.

Whether we admit it or not, new journeys and new adventures are both exciting and terrifying. I'm consciously reminding myself that it's okay to feel both – that they are two parts of an amazing whole. Excited/terrified for new things ahead!

A post shared by Philippine Mountaineers (@philippinemountaineers) on Aug 14, 2017 at 4:34pm PDT