The Importance of Chao Long in Palawan 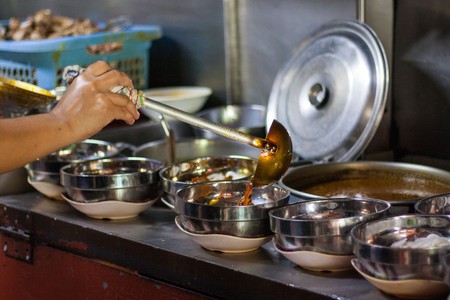 What’s your taste of home? For some, it’s grandma’s roast. For others it’s ama’s tortilla de patata, or nanay’s adobo. But for many Palaweños who move away to the big city, it’s chao long that reignites the senses. Katrina Escalona guides us through how this tasty noodle soup, that’s closer to Vietnamese pho than anything Filipino, has become one of the most iconic dishes of local Palawan cuisine. 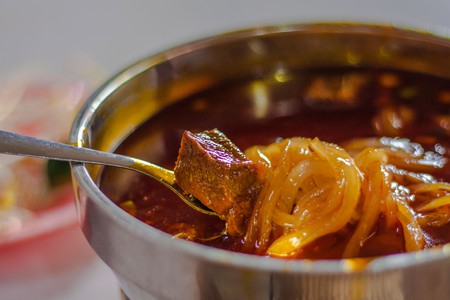 What is chao long?

This well-loved noodle soup is a localised version of Vietnamese pho. As it is tweaked for the Filipino palate, it has a sweeter, richer broth, submerging chunks of meat and fresh rice noodles. A piece of kalamansi (filipino lime) and some fragrant greens are also served on the side for an extra layer of flavour. It is typically served in casual roadside eateries, and can be enjoyed at any time of the day. 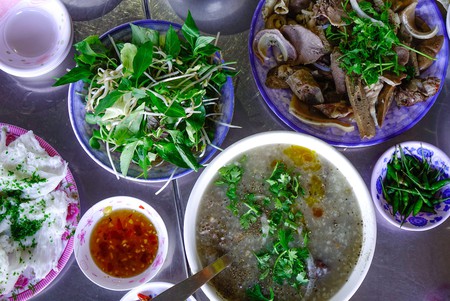 It’s the dish that caps off nights out with your teenage barkada, the hearty meal of dates on a budget, the ideal merienda on a rainy day in the city… it’s clear why it’s so dear to the Palaweño heart.

But unbeknown even to many Palaweños, its local name is actually a misnomer, as the real Vietnamese chao long is a rice porridge cooked with pork. But through the decades, the name ‘chao long’ stayed, as did the recipes passed down by the Vietnamese refugees who wound up on the shores of the then sleepy city of Puerto Princesa on the island of Palawan.

The history behind Palawan Chao Long

Anyone familiar with Vietnamese history will have heard of the audacious ‘boat people’. They braved rough waters, escaping the perils of post-war Vietnam, in search of safer land. Refugees numbering in the hundreds of thousands sought asylum in neighbouring nations after the fall of Saigon in 1975, many of whom found sanctuary in the islands of the Philippines. With the influx of refugees, the country established a refugee processing centre in Bataan and the Philippine First Asylum Camp (PFAC) in Palawan (the Vietnamese Village followed the closure of PFAC). 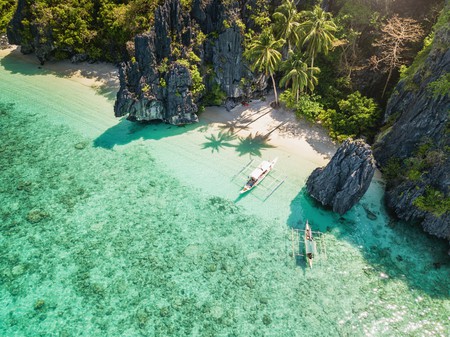 From its establishment in 1979 to its closure in the 90’s, PFAC saw tens of thousands of refugees come and go, many of whom eventually settled in countries like Canada and the US or were repatriated to Vietnam. Some, however, chose to remain in the new country they now considered home. To make a living, many Vietnamese who stayed in Palawan put up little kiosks and eateries serving dishes from their homeland. The cuisine was tasty, the servings filling and the prices affordable — capturing the Palaweño heart and appetite.

While few tangible reminders of this period remain in Puerto Princesa, what has persisted– perhaps because it is such an integral part of Filipino culture – is the food. Today, chao long houses are peppered all over the city, serving bowls of the flavourful soup and ‘French bread’ (Filipinised versions of the Vietnamese banh mi). One of the oldest and most famous, and by now a Puerto Princesa institution, is Bona’s Chao Long. 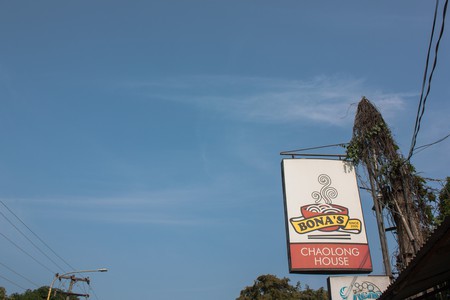 The beef stew noodle chao long at the counter comes in a generous portion in a metal bowl: simple, no-frills, but so satisfying. The broth, a rich, vibrant orange, is heavy and oily, and as tasty as many Palaweños remember it to be – a nostalgic hue associated with memories of high school, sneaking out with friends for lunch and returning to afternoon classes sporting stained shirts and blouses. The unmistakable annatto-tinted splatter was always a dead giveaway of a chao long run.

Even after 20 years, Bona’s still very much a local joint, with people walking in at every hour whether for merienda or a full meal. Aside from some extensions, not much has changed in the last two decades – especially not their chao long recipe.

The owner, Dexter Bona, explains that the once-tiny eatery was originally owned by Ms Lanh, a Vietnamese lady from the refugee camp. When she and her family were eligible for resettlement in the US, Dexter and his wife decided to buy her business. “We took over in 2004 and she taught us her secret recipe. We never changed anything. Whatever she taught us then is exactly what we do to this day.” In fact, the Bona’s chao long recipe is such a well-kept secret that Dexter and his wife still blend the spices themselves to keep the formula in the family.

“There’s so much that goes into making the soup,” says Dexter. “It’s not just about boiling meat. We mix in so many spices, and we never scrimp on the recipe. Maybe that’s why our customers keep coming back.” And return they do, for the hot bowl of chao long whose recipe has withstood the test of time.

What perhaps Dexter and his wife, and other chao long house owners around the city, don’t realise is that these surviving recipes and shared dishes have become part of Palawan’s culture and identity, and mean more to its people than they might ever know.

Palaweños appreciate the consistency of chao long. For cheap, they know they’re guaranteed a tasty and filling meal each time. But having it so often can start to make it seem so mundane to some. But other Palaweños, those who’ve spent time away from the island, realise that what used to seem like just a regular bowl of soup has become so much more meaningful. It’s a taste that dances on the palate, that can be counted on to bring even the furthest-flung Palaweño back home.