Halo-Halo: Favourite Dessert of The Philippines 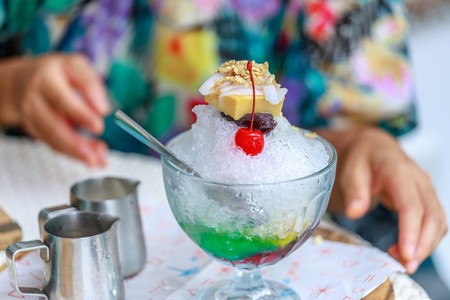 A serving of Halo-halo, the Philippines' summer dessert | © ARTYOORAN / Shutterstock

To cool off in the tropical heat, Philippine locals do one of three things: head for the nearest air-conditioned mall, dip into a swimming pool, or indulge themselves with a cup of their favourite ice-cold Halo-halo. It’s a Filipino dessert classic that warms the hearts of many with glowing pride and nostalgia, and is an absolute must-try when visiting the country.

This icy treat is known for its flavorful taste, and has a rich history that dates back to the pre-war Japanese period. While its Filipino name means ‘mix-mix’ in English, this favourite shaved ice dessert was introduced to the Filipinos by the Japanese settlers. According to historians, the Japanese had sweet desserts called ‘Mitsumame‘ or ‘mongo con hielo‘ and ‘kakigori’ which closely resemble the Filipinos’ Halo-halo. 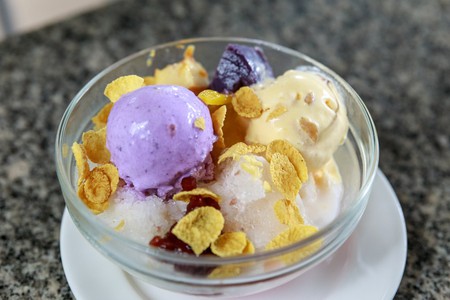 The Japanese Mitsumame is an icy refreshment which has lots of monggo beans as the main ingredient. According to historical accounts, Nippon immigrants (who were also found to be part of the Nippon Army) were its proprietors and after they introduced the dessert, locals made variations by adding fruit preserves and custards. The cheapest order at that time was priced at 1 kusing or 1 centavo.

But according to a historian named Ambeth Ocampo, Halo-halo was inspired by a different Japanese sweet treat called kakigori, which is an ice-shaved dessert sweetened with condensed milk. Japanese farmers brought over the kakigori and added monggo, red, and kidney beans into the refreshment – hence, they later called it ‘mong-ya.‘ 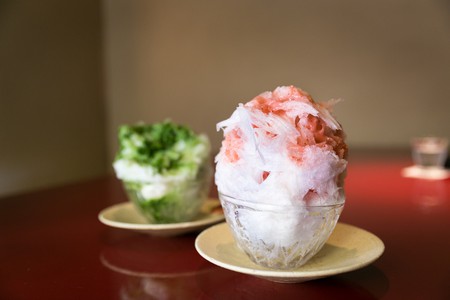 During that time, Filipinos were only beginning to familiarize themselves with ice cream and frozen treats as there was limited supply of ice before the Americans built the Insular Ice Plant. Thus, there was a positive reception towards the Japanese dessert. On the other hand, the Japanese settlers saw it as an opportunity to earn profit and soon, a number of places selling ‘mong-ya’ became a hit in the Metro Manila area. While the Japanese settlers left after World War II, the Filipinos took hold of the dessert’s popularity and adapted it to suit their preferences – for instance, adding ube jam or ube ice cream to the concoction. 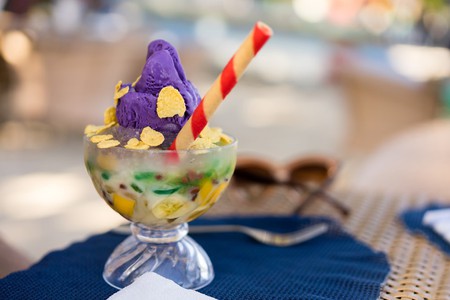 Since then, Halo-halo has become one of the Philippines’ best comfort food dishes. Apart from the ice-shaved dessert mixed with condensed milk and monggo beans, some variations of the dessert make use of sago, nata de coco, pinipig, sweetened banana, macapuno (coconut sport), and leche flan (caramel custard). In some places, they even add cheese, cornflakes, polvorón or chili into the sweet mixture. Indeed, recipes for Halo-halo vary widely, depending on your preferences or a locality’s specialty.