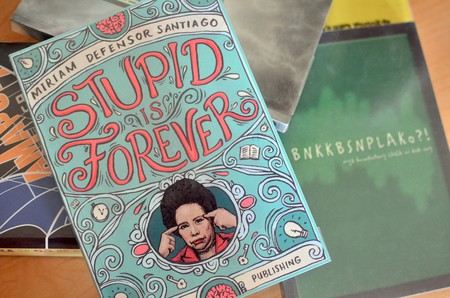 Most traditional Filipino books either tell stories about nationalism, real-life experiences, or make use of legends and fables to showcase Filipino traits and values. Modern Filipino books aren’t far from promoting such cultural values, as these books continue to make use of symbols and allegories to depict the daily struggles of Filipinos in dealing with family, friends, romantic partners, and society. Whether told in a comedic or heart-breaking way, these books never fail to surprise readers and leave an eye-opening realization or two. And because of their impact on readers, some of these books even made their way to the big screen. Here’s our picks for the 10 best books in modern Philippine literature. 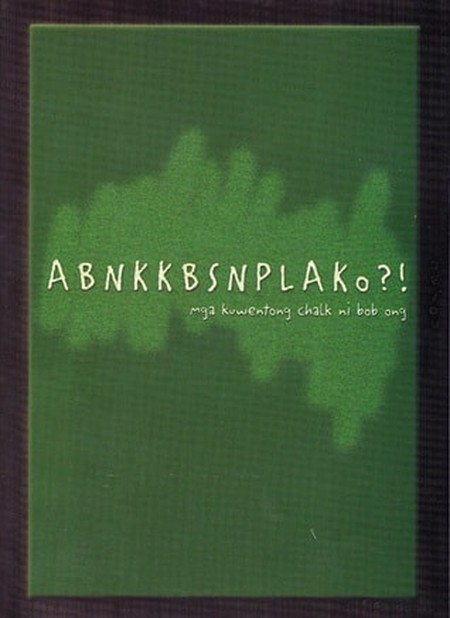 The title of the book is read phonetically as “Aba nakakabasa na pala ako?!” which can be translated as “Wow I can read now?!” Published in 2001, Bob Ong’s first book rose to fame for depicting the supposed unforgettable moments of his life as a student—from primary years to college days—using a first-person perspective and conversational writing techniques. Because of its success among readers, this book got its movie debut in 2014.

Para Kay B by Ricky Lee

Ricky Lee’s Para Kay B is a romantic comedy which tells stories about five different women, but only one out of five of them gets a happy ending. Each character has her own chapter—a moment to tell her story—which isn’t a usual situation in a Philippine context. A breathe of fresh air in mainstream romance, this book shows how people are willing to take risks and sacrifices for the sake of love. 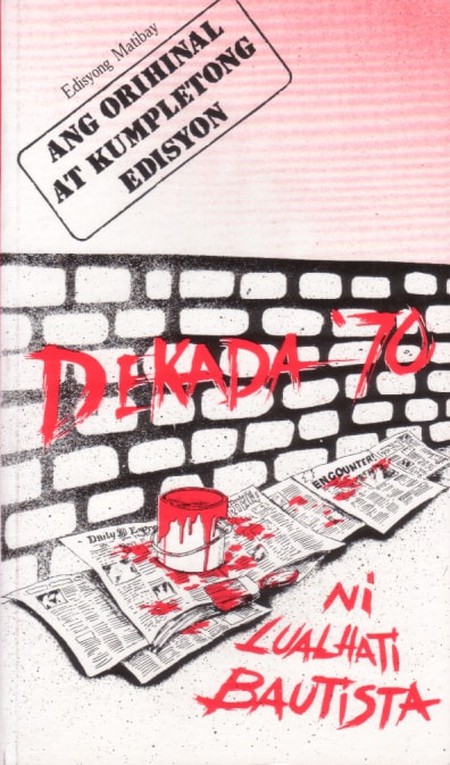 Dekada ’70(translated to “Decade 70”) tells the story of a woman’s struggles and heart-breaking experiences during the difficult years in Philippine history known as the Martial Law era. Prepare yourself for a tragic and emotionally intense plot, and take a glimpse at how difficult it was for women to live during the Martial Law era. This book got its movie version in 2002. 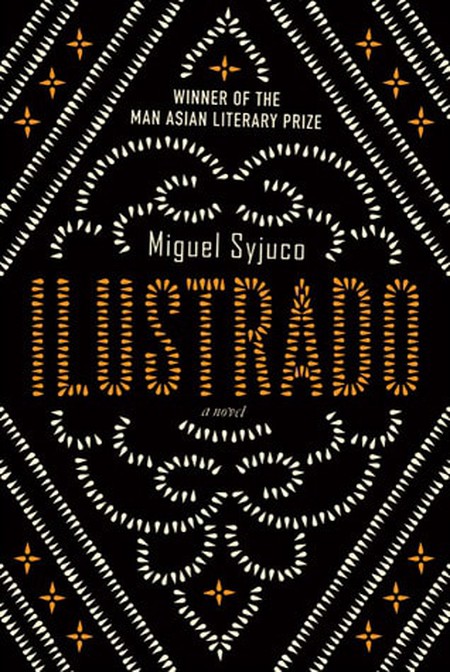 The story begins when authorities find the lifeless body of fictional author Crispin Salvador floating off the Hudson River. According to authorities, there was no evidence of foul play, which led them to think that the author must have taken his own life. At the time, Salvador was working on a manuscript that would expose powerful and influential people in the Philippines. His student and friend, who has the same name as the book’s author Miguel Syjuco, hopes to unravel the story behind this mystery.

Miguel Syjuco’s novel landed him a spot as the Grand Prize winner of the 2008 Man Asian Literary Prize.

Ligo na U, Lapit na Me by Eros Atalia

Roughly translated, the title of the book is “Take A Shower. I’m Almost There Now.” This is a story about two college students named Intoy and Jenny who engage in a casual sexual relationship. In short, they’re friends with benefits. The book teaches its readers that there are a lot of questions, and whether you know the answer or not, it doesn’t guarantee a happy ending. Sometimes, the most intriguing questions are left unanswered, and you just have to accept it. In 2011, Ligo na U, Lapit na Me hit the big screen.

In 100 Tula Para Kay Stella (“100 Poems for Stella”), character Fidel Lansangan meets his opposite Stella Puno. Fidel has a speech impediment that makes him really shy around people, while Stella is a tough rocker chick full of confidence. Fidel loves poetry and is a grade-conscious student, whereas Stella doesn’t really care much about her studies—her priority is to snag a recording contract. Despite their opposing personalities, the two seem to complement each other and become really good friends. But for Fidel, he can’t hide his true feelings forever, and after his 100th poem, he hopes to tell it all. This book also became a hit among readers and got its movie debut this year. 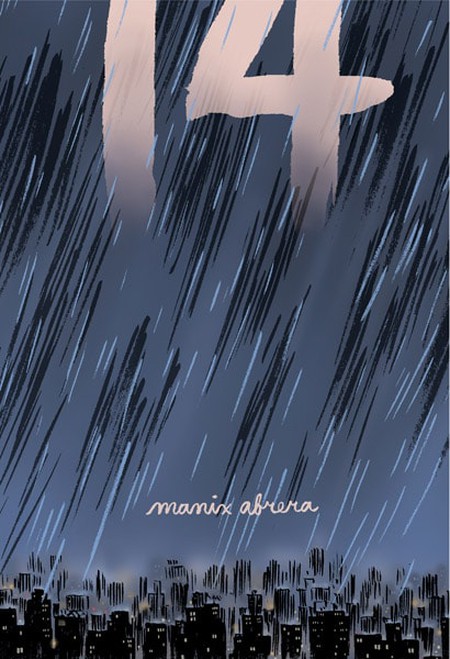 Just by looking at the book’s cover, one instantly gets the impression that this book has a dark, mysterious, sad story. Manix Abrera’s second wordless graphic novel reveals how good the author is at conveying messages without having to use words. While this novel portrays typical beings in Philippine folklore such as a manananggal (creature without its lower half), a white lady, and an elf, among others, don’t expect that it’s a typical Philippine horror story.

The Last Time I Saw Mother by Arlene J. Chai

No matter how busy you may think you are, you must find time for reading..🤓 #TheLastTimeISawMother #ArleneJChai #zheanreads

In Arlene J. Chai’s novel, protagonist Caridad discovers that her real mother isn’t the woman she grew up with. Aside from finding out the story behind Caridad’s secret adoption, readers get a detailed glimpse into how difficult life was during the Japanese invasion up to the Marcos era and People Power Revolution, where fear, envy, and hatred lingered among native Filipinos. 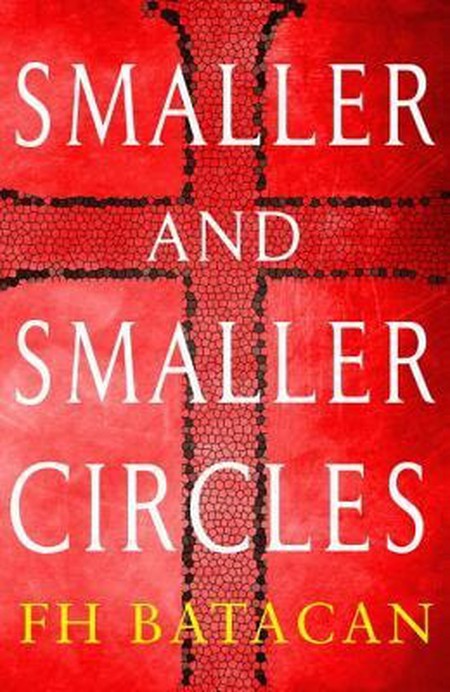 Author F.H. Batacan won the Carlos Palanca Grand Prize for the English Novel in 1999 for his book, Smaller and Smaller Circles. This is the first Filipino crime detective story set in the Philippines. The mystery revolves around two Jesuit priests who happen to perform forensic work and hope to uncover the person behind the serial killings in a slum area in Manila. At the time of writing, this movie is being shown in selected cinemas in the Philippines.

Stupid is Forever by Miriam Defensor-Santiago 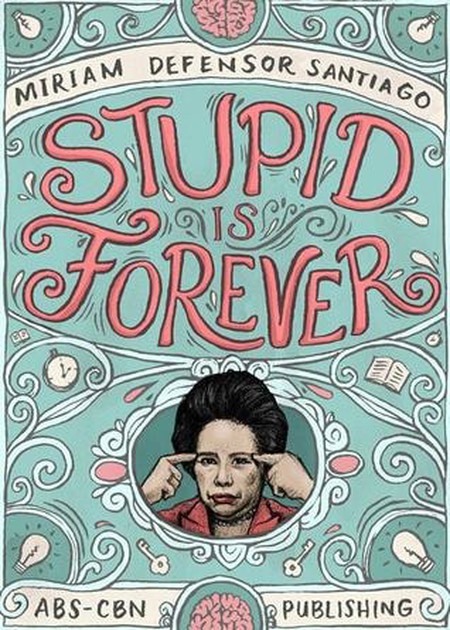 The late Senator Miriam Defensor-Santiago might have lost the presidential elections last 2016, but she won the hearts of many for her wit and sense of humor. In her book, published in 2014, the ‘Iron Lady of Asia’ proves that only a politician like her can spontaneously make people laugh as she brings up her collection of one-liners, pick-up lines, and witty jokes in the political setting.