Dr. Ruth Elynia S. Mabanglo has worn many hats in her lifetime. Poet, playwright, journalist, educator, and most recently, advocate of the Filipino language, Dr. Mabanglo is a force to be reckoned with. Ahead of International Women’s Month, let us look at the contributions of one of Filipino literature’s most celebrated women. 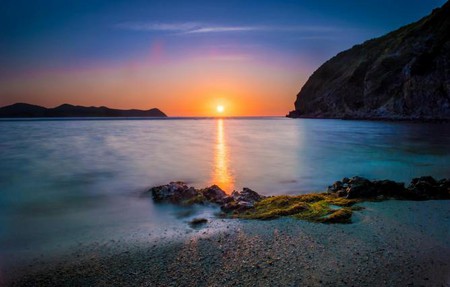 Exploring Dr. Ruth Elynia S. Mabanglo’s profile at the University of Hawaii, where she is currently a professor and subject coordinator, takes a while. Her poetry collections enjoy nationwide acclaim, and her resume features formidable employers like the US Department of Defense and other top universities. In 1995, she was also the first woman to be invited into the Don Carlos Palanca Memorial Awards for the Literature Hall of Fame.

In the collection Mga Liham ni Pinay (The Letters of Pinay, 1990), she details the tragic experiences of female Overseas Filipino Workers (OFWs). The intimate letters reveal what proud OFW relatives would not: that Japayukis are expected to do more than sing and dance, that domestic workers work like slaves, and that OFWs are often abused by their employers and handlers.

What is refreshing though, is how Dr. Mabanglo focuses on more than the workers’ plight, highlighting instead, their sources of inspiration. Whether the Filipina OFW went overseas to chase a dream career, or to provide a bright future for her family, each has a motivation that enables her to endure abuse and suffering. Dr. Mabanglo paints overseas Filipinas as strong characters with noble intentions, despite being caught in terrible circumstances. Mga Liham ni Pinay placed first in the 1987 Palanca Awards and won the National Book Award for Poetry in 1990.

In Ako, sa Ibang Bansa (Me, in Another Country), she gives readers a glimpse of the longing experienced by the OFWs. Vivid images of movement (flight, a busy pier) are juxtaposed against past expressions of love from relatives left behind (goodbye hugs, last conversations). Like the OFWs, readers are torn between looking forward to a better future while yearning for times past.

Being with your loved ones overseas, however, is not any easier according to Sa Amerika. While parents attempt to stay connected to their roots, children eagerly adapt to the culture of their new homes, preferring to learn the language of their new home instead of their mother tongue, a decision which causes division in the family.

Dr. Mabanglo’s most recent incarnation is advocate of the Filipino language and culture. Despite being based in Hawai’i since 1990, she is up-to-date with Filipino language developments in her motherland, and she is not happy with recent legislations that promote English at the expense of Filipino.

In 2008, the Gullas Bill made English the medium of instruction in Philippine schools from fourth grade through high school, and in 2013, the Commission on Higher Education scrapped Filipino from the syllabi of tertiary institutions. Dr. Mabanglo quickly rallied for support against the changes. “I encouraged my students all over the United States to sign a petition to fight the killing of Filipino in high school and college,” she told Inquirer in 2012 of her response to the Gullas Bill.

Borders mean nothing to this unstoppable woman. Since 1996, she has been coordinating and supervising language immersion programs in the Philippines for students in American universities looking to learn Filipino. Currently, she is also building an international network of competent Filipino teachers. Her organization, the Global Consortium for the Advancement of Filipino Language and Culture, arranges the biennial Conference on Filipino as a Global Language at the University of Hawaii – Manoa. There, Filipino experts worldwide discuss challenges facing the Filipino language, as well as possible solutions.

She started teaching Filipino in 1985 and has developed technological aides like CD-ROMs and DVDs to help students master the language. Now, through these conferences, Dr. Mabanglo and Filipino educators worldwide can share their expertise and improve the standards of teaching Filipino everywhere.

Dr. Mabanglo has certainly the caught the eye of the President. In 2012, President Aquino awarded her the Presidential Award for Filipino Individuals and Organizations Overseas, in the “Pamana ng Pilipino” category. This award is bestowed upon Filipinos who have brought pride to the country through achievements in their work. A fantastic poet, passionate educator and strong advocate for the Filipino language and culture, Dr. Mabanglo has definitely earned her accolades.