Real Life Fairytale: A Girl's 18th Birthday in the Philippines

In many cultures, a girl’s “big day” is recognized as her wedding day. There’s a big dress and flowers, and speeches and tears. It is planned for months and she is made to feel like a princess. But in the Philippines, many girls don’t have to wait that long. Eighteenth birthdays are a grand celebration, called ‘the debut’.

“I actually didn’t like the idea of celebrating a debut because I was really boyish when I was younger,” explained Hannah Cafe, a recent debutante from Palawan. “The thought of wearing a gown and make-up scared me. But when I heard my mom’s plans, how wonderful the celebration might be, it changed my mind. It brought out a different side of me — the one that wanted to be treated like a princess even for just one night.” 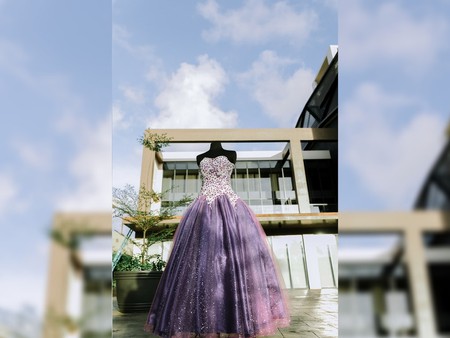 Hannah is one of many young Filipinas who celebrated her 18th birthday with a “debut”. Similar coming-of-age celebrations occur around the world, like the quinceañera in parts of Latin America and debutante balls in the U.S.

Several generations ago in the Philippines, debuts were also a way of introducing a young lady to society as a woman — one then eligible for marriage at the age of 18.

“Debuts were the norm at the time,” said Maricar Escalona, as she recalled her older sister’s headline-making debut in 1967. “It was very common for those from the middle and upper classes to have grand debuts. They were almost as grand as weddings.”

“Debuts were a chance for families to show off their daughters so as to find the right husbands — so that they would marry well and to somebody the family knew or was from the same group in society,” she continued. “After having her debut, my sister married two years later.”

Of course today, the age of marriage is notably higher than in the past, but the Filipino debut lives on. Over the years it has become less marriage-oriented and more of a celebration of the debutante’s life and entry to adulthood.

The cost of a fairytale

For many Filipino parents with daughters, the debut is a serious consideration, and one they long plan and save up for.

“My mom told me she also celebrated her debut, and despite it being a very simple one, it was one she loved very much,” shared Hannah. “She wanted me to have the same memorable experience but she playfully added: ‘Pero mas gagawin kong bongga ‘yung sa’yo!’ (But I’m going to make yours even grander!)” 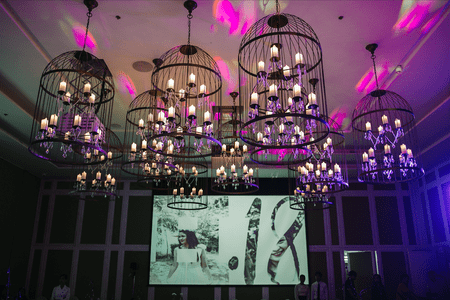 Debut packages today can cost hundreds of thousands of Philippine Pesos. Sigrid Sumaylo, an event organizer from Puerto Princesa, Palawan says her debut clients’ budget normally ranges from 50,000 PhP ($1,000) to 100,000 PhP ($2,000), not including the debutante’s usually glamorous gown and hair and make-up preparations. But grander debut packages in bigger cities like Manila can easily cost from PHP200,000 ($4,000) to PHP600,000 ($12,000).

Hannah guesses hers could have cost around PHP160,000 ($3,200), but she can’t be certain. “Every time I asked my mom, she would tell me not to worry about it and just focus on planning the details of my debut,” said Hannah. “That figure will remain a guess, because I don’t think my parents have any plans of telling me.” 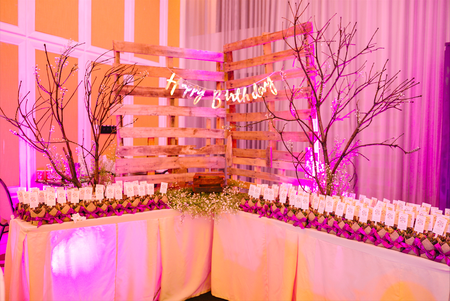 Today, the debut is a young lady’s celebration of her 18th birthday as she enters the age of adulthood. Traditionally, the debutante wears a grand ball gown and is surrounded by family and friends throughout a program that includes a rehearsed cotillion by the entourage, an “18 roses” segment, where the important men in the debutante’s life present her with a rose and invite her to dance, and an “18 candles” segment, where the important women in her life give individual speeches and well wishes. 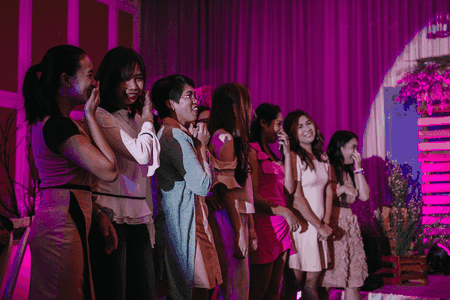 But many debutantes today veer slightly from the traditional path and introduce more modern elements to the celebration.

“I’d say my debut was a traditional one with a twist,” described Hannah. “Instead of having the regular ‘18 roses’ and ‘18 candles’, we replaced it with ‘18 carnations’ and ‘18 sparklers’. And during the 18 carnations, while dancing with different family members and friends, the host read each of their birthday messages to me, making it even more special. I especially loved the dances with my brother and father.” 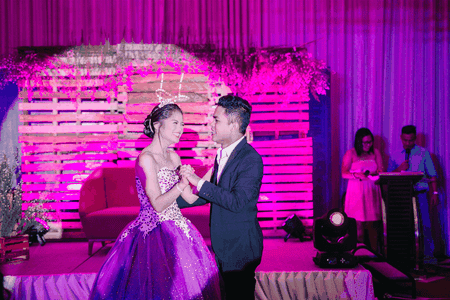 During the 18 flowers segment, it is customary to save the most important men in the debutante’s life for last. It also tends to get more emotional during the father-daughter dance, as feelings that the father’s little girl has grown up sink in amidst the slow dance and sentimental music.

But Hannah laughed at the question of getting emotional during this portion of her debut. “Actually, we didn’t have a slow dance. We danced in cha-cha style and he was so energetic at the time, he had everyone bursting out laughing.”

Hannah’s debut had other additional 18-themed segments, like the ‘18 gifts’ and ‘18 cupcakes’, but her favorite moment wasn’t even part of the program she knew of. “I can say my favorite part was the surprise song prepared by my classmates. They sang Can’t Help Falling in Love to me and I really appreciated the fact that they spent time practicing it and keeping it secret from me. When they started singing, my eyes got teary and it was just so sweet.”

What makes a fairytale

For an 18-year-old girl, a debut – being surrounded by people she loves most, being shown how much she is loved through speech, song, and dance, and being allowed a bit of whimsy in her make-up and dress – is nothing short of a fairytale.

“A girl’s debut marks a very important day in her life,” says Hannah. “And it isn’t exceptional because of the fancy hotel venue or the big gown. But it’s more about the memory she gets to create with her loved ones, celebrating her 18th birthday in an extra special way. That’s something she gets to treasure forever.”