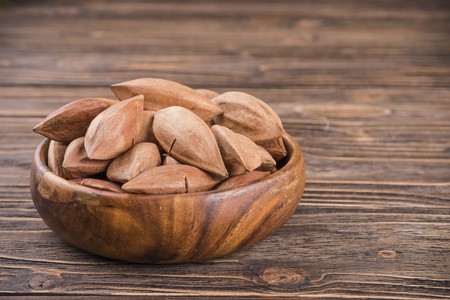 Pili nuts have a rich buttery taste and are a complete protein. | © Andrelix / Shutterstock

Native to tropical countries in Southeast Asia, the pili nut (pronounced ‘peeley’) is often dubbed the world’s hardest nut to crack. It also comes as a surprise to many that this tear-shaped fruit has lots of impressive health benefits. Some even claim it’s the most nutritious nut of all – but is the effort needed to open it really worth it?

Despite its known nutritional benefits, the pili hasn’t become the most in-demand nor trending superfood. To discover why people haven’t been buying and eating this more frequently, we must first venture deep inside the jungles of the Philippines.

The challenge of growing pili nuts 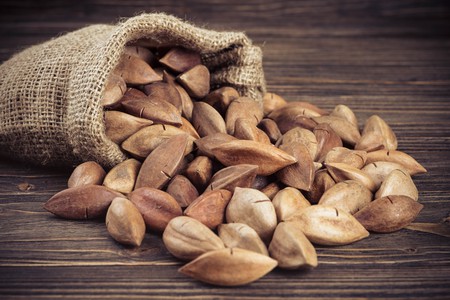 Pili, or Canarium ovatum, is a species of tropical tree belonging to the genus Canarium. | © Andrelix / Shutterstock

Though no one knows exactly when pili nuts were first cultivated, it is assumed that ancient inhabitants of the Philippines first gathered the superfood as part of their diet. These edible nuts were found on fruit trees growing in the wild, with at least four known species in the country. Indigenous peoples learned that aside from the kernel, the ripe pulp when boiled could be eaten as well.

While its light buttery almond flavour is similar to popular nuts such as cashews and almonds, pili nuts are still relatively underrated and unknown among Filipinos. This is primarily due to the nut’s incredibly difficult cultivation process and rock-hard shells, making them hard to be readily available for commercial export.

Pili trees are mostly found in the Southern part of Luzon, particularly in the Bicol Region. They thrive in marginal soil conditions and are often resistant to typhoons and pests. However, it takes a span of five to six years before the tree begins to bear the fruit containing the nuts. Harvesting is only from May to October, peaking in June to August.

Fruits are then de-pulped, cleaned and dried. Once the shells (containing the nuts) have been dried for two to three days, the difficult de-shelling process can begin. Sun-drying the shell also helps shrink the kernel (causing it to naturally detach inside) so it is easier to extract. These can last up to a year in storage.

Why even machines struggle to open pili nuts 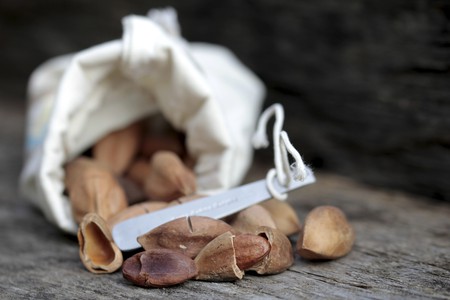 Because of their tough shells, many have tried using machines to open pili nuts – only to be sorely disappointed with the results. These de-shelling machines often crush the kernel in the process, wasting tons of precious foodstuff to produce very little.

Hence, only human hands can be trusted to extract the pili nut precisely. Bicolanos (people from the Bicol region) call this centuries-old process ‘pagtilad’ (manual deshelling). Using a sharp bolo (a large knife, similar to a machete), farmers accurately (yet carefully) whack the nut at the middle until it cracks open. They make sure to control the cracking force to prevent cutting through the kernel. A ‘paratilad’ (skilled pili nut de-sheller) can open the shell in a split second, producing 100 kilograms of freshly opened pili nuts in a day.

Pili nut kernels are loaded with nutrients such as magnesium, potassium and calcium. More importantly, they are rich in omega fatty acids, phosphorus, and have high levels of protein, promoting heart health and balancing cholesterol (especially important in a country like the Philippines that has love affair with fatty pork). These kernels can be processed into nut kernel oil, which is said to be healthier than olive oil.

Being rich in protein, these nuts contain all eight essential amino acids which make them nutritious and make you feel fuller, longer. This also explains why pili nuts can help you lose weight – the cholesterol-balancing effects improve metabolisms.

Apart from protecting your body against many conditions, pili nuts are also rich in Vitamin E which aids in improving the skin and hair. And because of their high magnesium content, they also help you get restful sleep and avoid insomnia. All of these wonderful health benefits are locked inside the natural fortress that is the pili nut.

The versatility of pili nuts 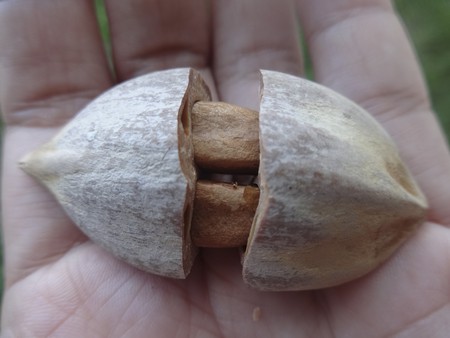 Pili nuts, seen here in a shell, have the lowest carbohydrate content of any nut varietal. | © Painted Lady / Shutterstock

Although it is primarily grown for its kernel, the pili nut is a versatile little thing and each part serves numerous purposes. In fact, nothing goes to waste: The pulp of the pili nut when boiled, for example, can be eaten as vegetable. After blanching it in hot water for three minutes, you can add it to your salads. The boiled pulp is often compared with avocados when it comes to texture and nutritional value. Meanwhile, the hard, stony shells can be processed as activated carbon or charcoal briquettes, making an excellent fuel.

As the kernel serves as the main food source, it can be eaten raw or sugar-coated, salted or roasted. It’s also used in confectioneries such as powdered pili in polvoron, cake ingredients and ice cream to name a few. Both the kernel and the pulp are excellent sources of oil that can be used in baking, cooking, and is an element of some Filipino cuisine.

The constraints on pili nuts in becoming a worldwide phenomenon

The pili nut and its by-products have a growing demand in countries such as the United States, Hong Kong, and Taiwan. But despite its numerous benefits and uses, pili nuts have yet break into the global market as people can’t seem to figure out how to cultivate them more efficiently.

Farming takes about six years before the trees bear the fruits that contain the nuts. While they have high oil content, the fruit often gets easily spoiled due to the tropical climate of the Philippines. Additionally, the Southeast Asian country is the only commercial exporter of pili nuts. While it has six regions where these nuts are produced, only one farm in the Philippines commercially exports and develops pili nuts – The Pili Nut Farm.