PHP: Explaining Pesos, The Currency of The Philippines 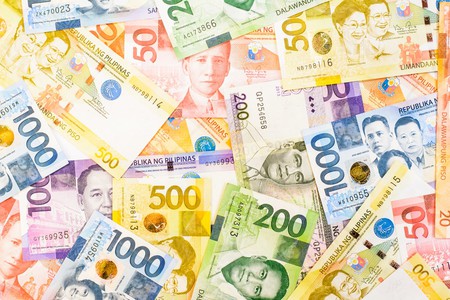 A vibrant representation of not only the Filipino figures and natural riches they are embellished with, the ever-developing Philippine Peso has also come to represent the country’s vigorous journey through colonization and independence. From its dynamic past to what each bill can get you today, here’s everything you need to know about the Philippines’ currency.

Philippine history is often broken down into the different colonial periods the country has undergone. Similarly, Philippine money through the years can also be classified according to the ruling colonial power of the time.

While the islands of pre-colonial Philippines, then already active in international trade, had mediums of exchange such as cowrie shells and gold beads, it wasn’t until the Spanish Era that the country adapted paper money in the form of pesos fuertes. Decades later, a brief revolutionary period after the 1898 Declaration of Independence also brought about a short-lived revolutionary currency that was withdrawn soon after the arrival of the Americans.

Under colonial American rule around the first half of the 1900s, banknotes were consistently changed from Spanish to English and the peso then was valued at half of the US dollar. And when the Japanese occupied the Philippines nearing the mid-1900s, so much money was released into circulation that the fiat peso became known as “Mickey Mouse money” for the little it could afford due to inflation. 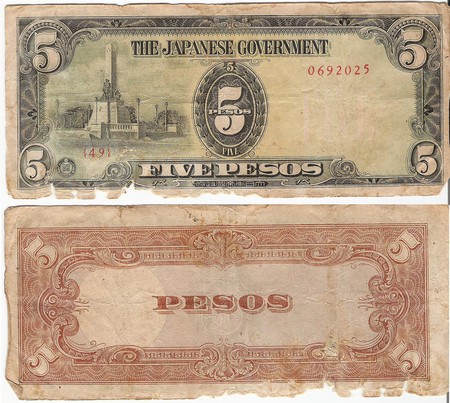 When the Central Bank of the Philippines was established in 1949, it momentarily continued an English series of banknotes until it initiated a more nationalistic currency series in the late 1960s which bore the Filipino language and the images of national heroes. This patriotic shift was the beginning of designs that led to today’s Philippine Peso.

The days of the 2:1 ratio of the Philippine Peso to the US dollar are long gone as conversion rates today sit at over ₱52 to $1, with the Philippine currency performing the worst it has in over a decade. While this slump renders the Peso weak and rather unstable, the silver lining lies in the millions of Overseas Filipino Workers (OFWs) who regularly send remittances to family back home. As OFW remittances rise in value, they continue to aid the country’s economy, sustaining and growing its domestic consumption. 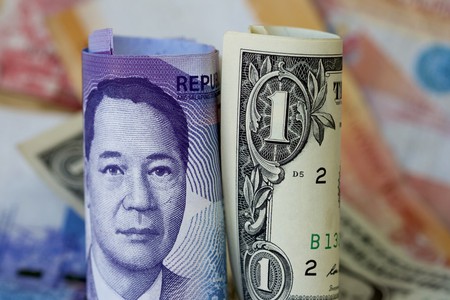 100-Peso bill and a US Dollar | © Michael Leslie / Shutterstock

Today there are six Filipino banknotes in circulation: the 20, 50, 100, 200 (being the least common), 500, and 1,000 peso bills. All don vibrant hues and the images of significant people and events in Philippine history, as well as those of the country’s endemic fauna, sights, and natural wonders. The bills are made of 80% cotton and 20% abaca, and possess a slightly rough texture. While they don’t vary in size, they distinctly differ in their striking colors of orange, red, purple, green, yellow, and light blue, respectively. 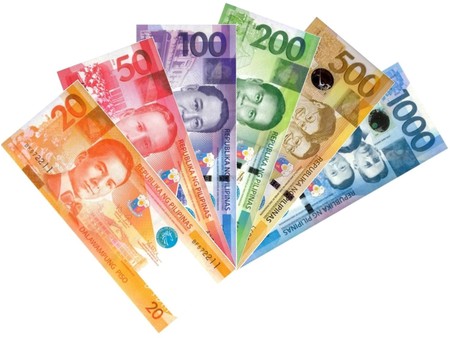 The most recent banknote design series, named the New Generation Currency, was released in 2010 and became the official series in circulation just last year, when the New Design Series, in circulation since 1985, was demonetized after June 2017. 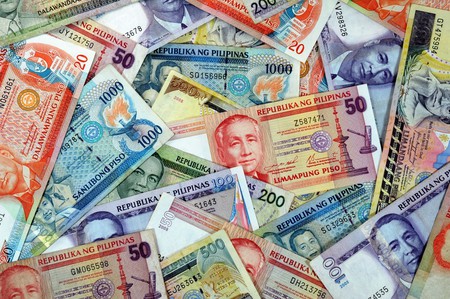 Currently, coins from the previous BSP Coin Series and the recently released New Generation Currency Coin Series co-exist. The complete set of newer coins were released in March 2018 and will be formally launched in July. It consists of six coins: the 1-sentimo, 5-sentimo, 25-sentimo (cents), and the 1-piso, 5-piso, and 10-piso coins. The previous series, released in 1995 and of legal tender until otherwise announced by the central bank, had the same denominations plus a 10-sentimo coin, discontinued in the new series.

Released just earlier this year, the newer set of Philippine coins have already amassed negative sentiment on social media from Filipinos disappointed by the new design. While the new coins slightly increase in size according to value, all six of them are silver and of designs so similar, people think them to be almost indistinguishable at quick glance. This can be cause for concern for Filipinos who work mostly with coins such as jeepney drivers, who often have to reach for and hand back change to passengers while driving.

Similar to the new banknotes, the New Generation coins display the images of national heroes and endemic Philippine flora. People might have to get used to paying more attention to the edges when using these new coins, as this is where they differ, some with plain edges, others with reeds, and the 10-piso with some edge lettering.

A 20-peso bill will always come in handy for taking public transport or getting a tasty street food fix. A common saying among tricycle or jeepney drivers and street vendors is: “Barya lang po sa umaga.” This roughly translates to a request that their passengers or customers pay in smaller denominations, especially in the mornings, when they don’t have enough change to give back if they were handed a large bill. So avoid giving your tricycle driver or kwek-kwek vendor a hard time and keep a 20 in your pocket when hitting the streets.

50 pesos can get you a full Filipino meal at a local carinderia (small eatery) or either a nice cold bottle of local San Miguel beer or tall glass of the famous halo-halo to beat the humid Philippine heat.

Take a 100 down to the nearest Jollibee and have one of their classic local favorites like a Chickenjoy meal, some Jolly Spaghetti, or a burger steak with rice.

At the beach, 200 PHP is enough to rent out a kayak for a few hours or some snorkelling gear. It could also rent a small beach cottage for a small group of friends. Or you can also take your 200 peso bill to shopping centers like Greenhills and Divisoria, bargain hard, and walk away with anything from pearl jewelry to a trendy new dress. 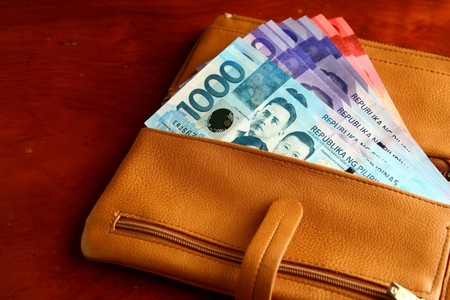 500 PHP, a little less than $10, can go far in the Philippines. Take a kalesa ride around Intramuros, treat yourself to a nice restaurant at a Manila mall, get a two-hour full body massage, watch a movie at a theater with La-Z-Boys and butler service … the list goes on.

With the country’s biggest banknote, you have enough to pay for a memorable experience. Island hop around some of the country’s finest islands, take a one-of-a-kind performance tour around historical Manila, or even score a cheap flight from one region to the next.

While bustling Metro Manila is your typical big city with the advanced facilities expected of one, remember that when venturing out to the more rural areas of the Philippines, you might find your credit or debit cards to be quite useless. In the country’s smaller islands and villages, be prepared for the possible absence of ATM’s and establishments that take credit cards. So keep a reasonable amount of cash on hand when making trips off-the-beaten-path.

Another important thing is to know when and when not to bargain. A typical misconception of Western travellers about the Philippines is that everything is and should be cheap, otherwise they are being scammed. So it’s helpful to understand that there are places for bargaining and negotiating such as tiangge stalls and roaming souvenir vendors, but that it isn’t customary in more formal establishments.

If you deem a price too high, don’t automatically assume you are being cheated, and simply decline politely and walk away. There are some cases however where your safest bet is firmly agreeing on a price beforehand, such as with public transport like tricycles or casual local guides. Before using their services, make sure you’ve both decided on a price to avoid any disputes at the end of the trip.

And finally, try to make a local friend—they will know where and how you can make the most of your cash. As the saying goes: “Do as the locals do.” This isn’t only a matter of cultural immersion but also of spending your money where it’s worth it.

Filipinos love to eat, shop, and have fun, but they’re also great at spending as little as possible while they’re at it. So get in on local favorites, be it with food or shopping, and you can be sure to get a bang for your Philippine buck.