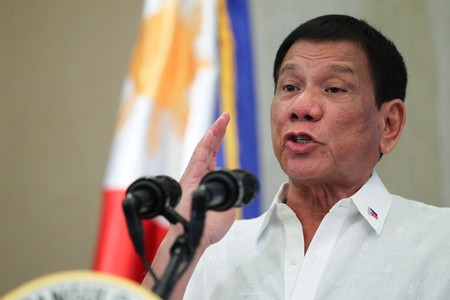 Philippine President Rodrigo Duterte is notorious for his controversial statements and stark remarks. This week he discouraged the use of condoms during a speech on family planning because they “aren’t pleasurable”.

Normally, talks on family planning will include advocating for the informed usage of contraceptives, such as pills and condoms. But during President Duterte’s welcome speech to Overseas Filipino Workers (OFWs) returning from Kuwait on February 13, he upheld the former and mocked the latter.

He began by asserting overpopulation as the cause of poverty and scarcity of resources and jobs. He then encouraged the crowd to take advantage of the government’s family planning programs, which include free contraceptive pills. “Hindi ako nagpapatawa, sumunod na lang kayo sa programa ng gobyerno. May pills, libre. Huwag ‘yang condom kasi hindi masarap ‘yang condom [I’m not trying to be funny, just follow the government’s program. There are free pills. Don’t use condoms because they don’t feel good],” he said. 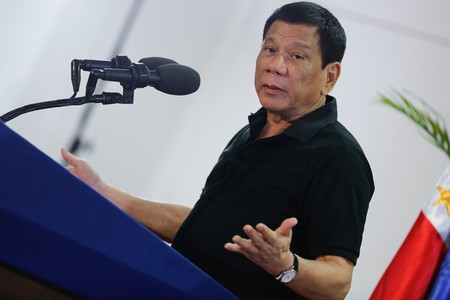 To emphasise his point, he then took out a piece of candy, and motioned putting it into his mouth, still wrapped. He said, “Ito, kainin mo ito, ‘wag mong balatan… Ayan ang condom [Here, eat this without unwrapping it… That’s what a condom’s like].”

Discouraging the use of condoms in the Philippines is critical, considering the country has been identified as having the fastest growing HIV infection rate in the Asia-Pacific in recent years. From 2010-2016 alone, the Philippines has seen a staggering 140% increase in the total number of new HIV infections. And this is expected to continually rise if no serious actions are taken to address the issue.

The Philippines Department of Health estimates over 140,000 people could be HIV-infected by the year 2022 if the trend continues. Access to safe contraception such as condoms is vital in reversing this dangerous trend, but this must go hand in hand with the promotion of their use and proper sexual education.

(Watch President Duterte’s full speech below. The segment on family planning begins around the 31st minute.)