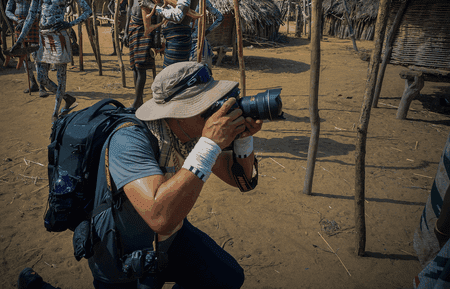 Then a novice photography hobbyist, he daringly put his work up against thousands of seasoned photographers from all over the world in 2013. He finished at the top of his category and had his work displayed at a grand London exhibit. This year, five years since his international debut, Manny Fajutag has yet again proved that all it takes is a photo with a story and a little bit of guts to bring acclaim not only to himself, but also to his homeland.

In 2007, Philippine Air Force Sergeant Manny Fajutag went overseas in search of a more comfortable life. This pursuit brought him to the United Arab Emirates where he took a job at an aviation company. Today, while his job title says “helicopter mechanic,” Manny has also come to be known as a multi-awarded photographer, raising his country’s name in the field of photography.

It all started with a workshop in 2012. A renowned Filipino photographer, Edwin S. Loyola, visited the UAE to conduct a photography workshop, which the then three-year hobbyist decided to attend. Manny recognizes this workshop as the push that led him to seriously pursue his hobby. “I became really inspired by the stories behind his photos. It was after that, that I actively continued photography.”

It didn’t take long before he received affirmation that he was proceeding down the right path, because in just a year, his photo won the Travel category of the Open Competition at the 2013 Sony World Photography Awards (SWPA). Beating thousands of other entries from all over the world, his winning shot ‘Rush Hour’ was a proud shot from home. 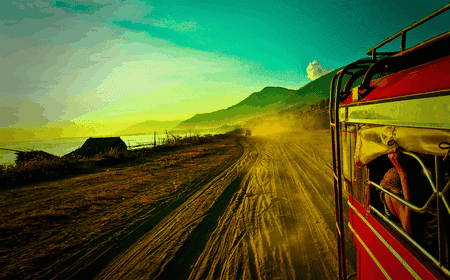 “I took that shot in Sibuyan, Romblon, my wife’s hometown. We were on a family vacation so my whole family and I were riding a passenger jeepney we’d rented out. We had just come from a famous river in the area and we were heading home as the sun was setting. We were driving over rough road that was extremely dusty. I had two cameras in my bag: one DSLR and the other, a compact camera. I was seated on the passenger seat, by the window and roadside and I looked back.

“It was dusty but I saw the beauty of the sunset and the mountain ranges we were driving away from so I didn’t let go of the chance to capture that scene. I had limited time so I quickly took my compact camera, which was easier to hold, and I extended my arm outside the jeepney’s window. The jeep was going fast but I was able to take a few shots. Luckily, I got the perfect shot. And little did I know, it was that shot that would take me to the other side of the world to represent my country.” 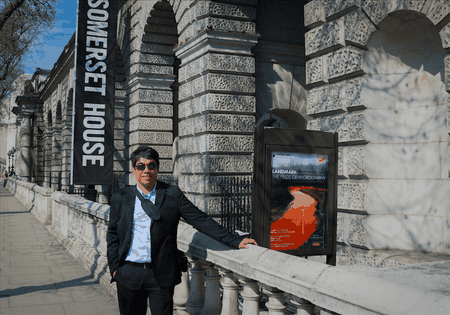 This same shot brought his name to stand alongside those of other prominent Filipino artists of different fields at the Ani ng Dangal Awards by the Philippine National Commission for Culture and Arts. But Manny says that even then, he wasn’t tempted to commit to photography full time. “I’m just enjoying this talent God has given me. Maybe after my retirement, and I return to the Philippines for good, I can devote all my time to photography.”

Despite juggling photography with his day job and being a committed family man, his photos aren’t sacrificed and they continue to garner international recognition. Since his first SWPA win, he’s been submitting entries annually. And just this year, another one of his shots entitled ‘Spiral’ shone above the other tens of thousands and was shortlisted in the Motion category of the Open Competition. 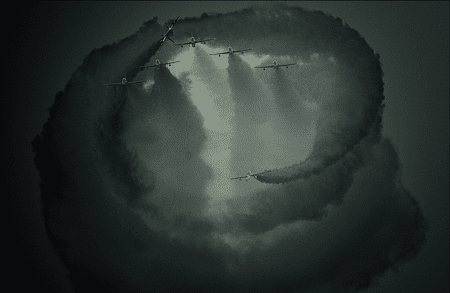 “I took this at the UAE National Day celebrations during the exhibitions of the UAE aerobatics team, Al Fursan. In the photo, they’re executing the most challenging part of their performance and I decided to make the photo black and white to make it more dramatic.”

These picture-perfect scenes lasting a split second are especially interesting to Manny. Among his goals is to be able to capture moments like volcanic activity and a lightning-struck landscape. But most importantly, and seemingly almost a nod to the defining moment that instigated his career in photography, what he values most are photographs that tell a story.

“One of my goals is also conflict photography – to photograph things like what was happening in Marawi,” he says referring to a siege of the city in Mindanao and the long, bloody conflict between the country’s military forces and religious militants that followed.

“My photography style changed when I attended the 2013 SWPA exhibit at the Somerset House in London, where all the contest’s winning photos were displayed,” he explained. “It was there that I realized that photography is all about telling stories. So for me, whatever kind of photography you do, whatever your subject is, as long as it tells a story, it stands a chance to win competitions like this.” 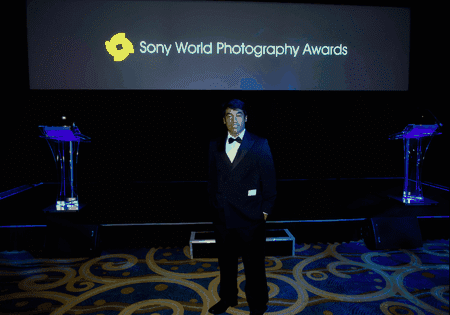 Manny has high hopes for other Filipino photographers that are venturing into the craft but he warns against pride and greed getting the best of them. “One thing I’d like to advise my fellow Filipino photographers is to just stay humble,” he says. “Even if we’ve been in the game for a long time, always be open to the suggestions and ideas of our fellow Pinoys. Let’s avoid pulling each other down and instead lift each other up in order to lift up our country too in the field of photography.”
*This interview was originally conducted in Filipino and was translated for the article