How To Navigate Transport in The Philippines 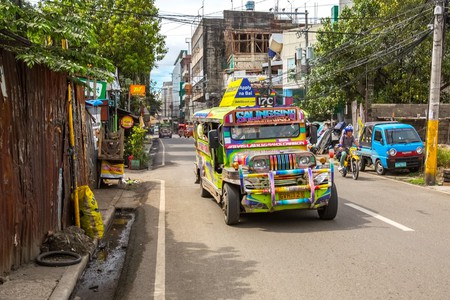 Every beach lover, adventure junkie, and local culture fanatic should head over to the Philippines to explore its pristine beaches, wondrous landscapes and unique culture.

Since the country is an archipelago, visitors will need to ride an airplane or take a ferry to reach amazing destinations within Luzon, Visayas, and Mindanao. Here’s a guide that will come in handy when negotiating your way around the country.

Taking a bus as a means of public transportation in the Philippines is similar to how bus transportation works in other countries. There are three types of bus service within the Philippines, namely provincial buses with routes from the city to distant towns and provinces, city buses with routes within Metro Manila, and the P2P (Point-to-Point) buses available in Manila. 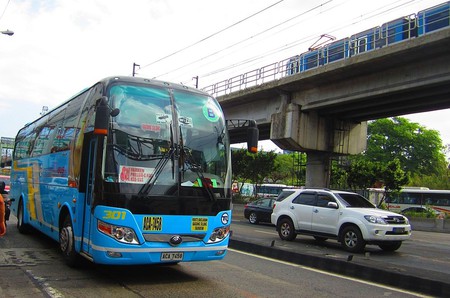 Provincial buses usually have designated terminals and schedules for departure, whereas city buses have frequent points in Manila where they can pick up and drop off passengers. For both types of service, a passenger does not pay upon boarding the bus but rather, waits for the conductor who will collect fares once a passenger is already seated. As for the P2P bus, there’s only one point for pick up and another for drop off. Moreover, buses in the Philippines are privately-owned so there are different bus lines and you have an option to ride on an air conditioned bus or non-air conditioned one (which has cheaper fares).

Local tip: It’s best to prepare small bills or pay exact amounts to the conductor. If you’ll be riding on a P2P bus (which is more convenient and guarantees comfort), you will need to have a beep card (which is reloadable) to pay for your trip.

Currently, the Philippines has a railway footprint of only 77 kilometers and rail transportation is provided by three rapid lines called the Light Rail Transit (LRT) Line 1, LRT Line 2, and MRT (Metro Rail Transit) Line 3 in Metro Manila and the Philippine National Railways (PNR), which serves commuters traveling from the province of Laguna to Manila and back. LRT Line 2 and MRT Line 3 are interconnected via a walkway in a station in Cubao, Quezon City. 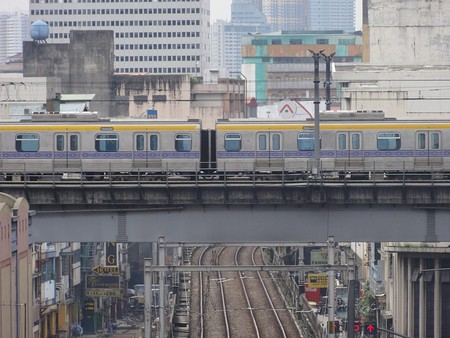 Because of the heavy traffic situation in Metro Manila, most commuters resort to taking train rides for fewer travel hours, but do note that during peak hours (before and after office hours), expect long lines at the MRT.

Local tip: While regular passengers of the MRT and LRT lines use the beep card to pay for their rides, you may opt to purchase single journey cards. In addition, it’s best to study the route of each train line and their stations for easier and more convenient trips.

Normally taxis roam around Metro Manila, but there are also big cities outside of the National Capital Region that have taxi services such as Cebu City, Baguio City, Davao City, and Iloilo City to name a few. 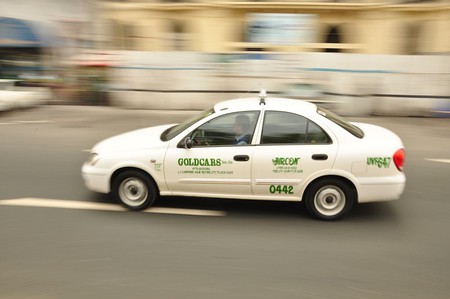 Taxis, which are white colored cars with yellow-colored plates, have a pre-determined flag down rate of 40 Philippine pesos (at time of writing) and have an additional charge per kilometer and waiting time on the road. Like buses, they are privately-owned and so, there are different taxi operators.

Local tip: Not all taxi cabs are well-maintained so it’s best to choose taxis that flag you down wisely. Also, remind the driver to turn the meter on (if they’re not yet on) to avoid being scammed. Make sure to have smaller bills or pay the exact amount, too.

Alongside taxi cabs, trains, and buses, you’ll find the iconic and colorful national symbol of the Philippines – the jeepneys. It’s a post-World War II innovation and to this day, this anachronistic vehicle makes its way through Philippine roads across the country. 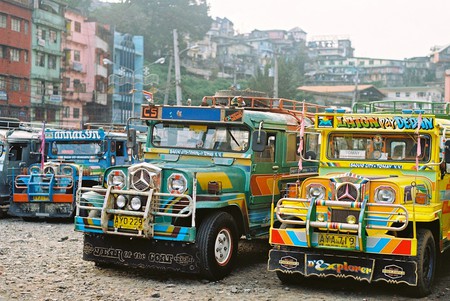 It’s the cheapest and most popular mode of land public transportation when travelling in the Philippines. Because of its open rear door design, it’s easier to hop on and go down the vehicle. Plus, there are more jeepney stops, unlike bus stops. Before riding on a jeepney, it’s best to know where you want to end up (what the areas are called, the names of the stops, roughly how long it takes to reach your destination).

Local tip: Shout “para” or “para po” once you’re at your intended destination and get down the jeepney. Out of courtesy, opt to sit near the rear of the jeepney if you’re traveling short distances and make sure to help other commuters hand over their fares to the driver.

Tricycles come in handy when your intended destination can’t be reached by jeepney or when you have a lot to carry and there’s no taxi cab available in town. These modes of public transport have various types, such as a motorcycle with sidecar or a bicycle with sidecar. Like the passenger jeepneys of the Filipinos, they are colorful, which reveals the artistic nature of the country’s locals.

Local tip: Make sure to have smaller bills so you can pay the exact amount. 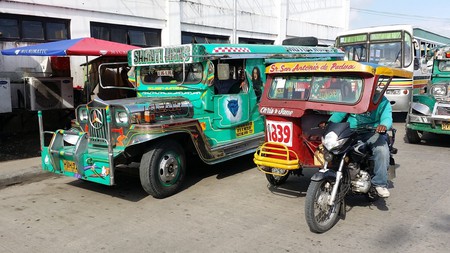 For adventure junkies who would love to go up the mountains and visit the wilderness, it’s impossible to reach those destinations if you’ll only be looking at riding on a jeepney or a tricycle. This is where the motorcycle taxis (habal-habal) come in – and take you through steep and unpaved roads to your chosen destination. Usually found in mountain barangays and distant provinces, you can experience taking a habal-habal ride when visiting places like Cebu and Siargao. 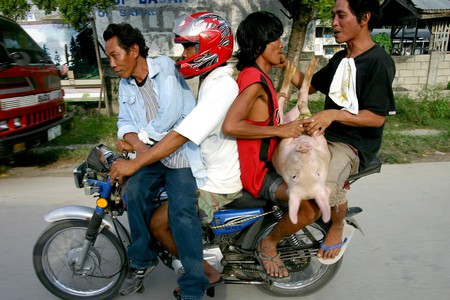 Inter-island travels within the country are best experienced via ferry boats for major islands. The country’s roll-on/roll-off (ro-ro) system targets the three major nautical systems in the country – the Western, Central, and Eastern nautical highways. It’s also more convenient to take the ro-ro vessels especially if you want to travel with your cars. While not all ports and piers in the country can accommodate ro-ro’s, there are small ferry boats and small yet fast hovercrafts you can take to travel to the island of your choice!

Local tip: There are fixed routes and schedules so it’s a must to take note of such information so you won’t miss the ride. 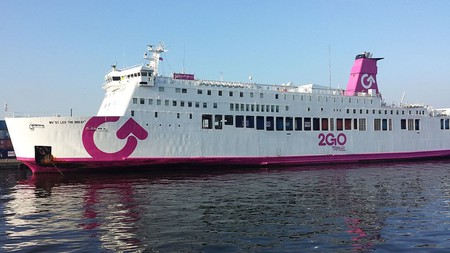 For short-distance travels or when travelling to small and nearby islands, riding on a pump boat or banca is your best option! Considered a utility boat in the Philippines, bancas or pump boats are used for nearly everything – from fishing to inter-island trips, and even as service of the Philippine Coast Guard. 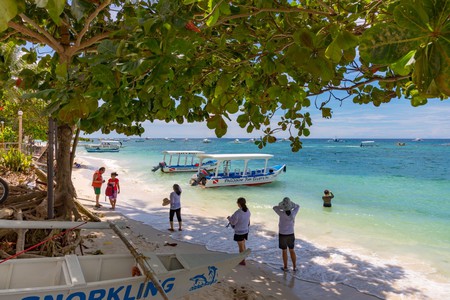 Don’t worry as these boats have outriggers for stability and are usually powered by a small gasoline or diesel engine. Pump boats or bancas are available in ports, and drivers are friendly and accommodating to safely take you to your island adventures such as island hopping, diving, or visiting long stretches of sandbars.

Local tip: Boat rates are usually not fixed so you can negotiate the price if you think it’s too expensive. Also, don’t forget to pack light and avoid standing up or moving around especially if you’re prone to seasickness.

The most expensive yet most convenient and fastest way to reach neighboring major island groups in the country is via airplane. Across the country, there are more than 10 international airports and about 30 principal domestic airports. 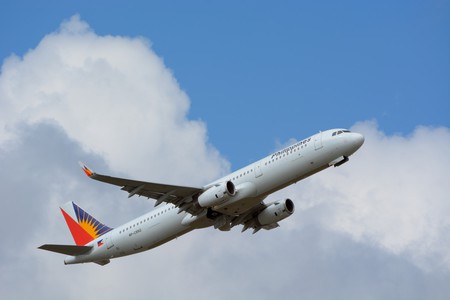 This number does not yet include the community airports and unclassified airstrips found in the Philippines. If you’re hoping to travel to major destinations in the country by air, the best airlines to look at are Philippine Airlines (the country’s flagship carrier) and Cebu Pacific.

Local tip: Throughout the year these airlines hold promotions and sell airline tickets at low prices, such as Cebu Pacific’s “piso” fare with seats having a net price of one Philippine peso.

As of writing, Uber has been permanently suspended in the Philippines’ capital region. Grab is the only major app-based ride hailing service in Metro Manila left, while other potential transport network vehicle providers are still in talks to enter the market. Also available in Metro Manila is Angkas, which is a motorcycle ride booking service. And of course, you can also rely on Sakay.ph when commuting in Manila and navigating through places in the Philippines.