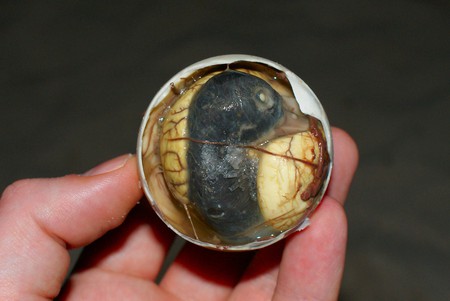 So you’ve travelled to the Philippines and have finally been convinced to give the notorious balut a shot. Here’s a simple how-to that will allow you to stand alongside locals and look like a seasoned pro at eating this peculiar Filipino delicacy.

You probably first saw it on an old episode of Fear Factor or on one of Andrew Zimmern’s trips to the Philippines on his show Bizarre Foods. Either way, it is almost always depicted as somewhat vile. 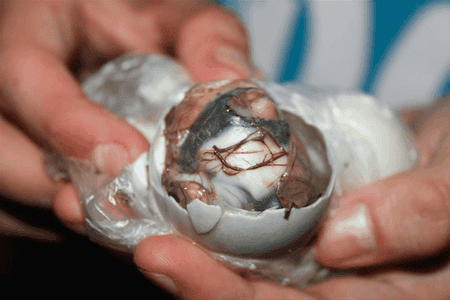 Balut is a Filipino snack, best served warm, of a hard-boiled duck egg that’s about two to three weeks into development. Depending on the length of incubation, the partially developed duck embryo can have more or less discernible features, from its beak to even some feathers.

As outlandish as this sounds to the foreign traveller, there is something unavoidably tempting about it. Because for a nation to love balut, there must be something to it — right? And frankly, there’s only one way of finding out.

Traditionally, balut vendors are known to walk along streets with their baskets of warm balut yelling, “Baluuut!” They call loudly and allow the second half of the word ring out to attract attention. This type of peddling is more common in residential areas or in more rural provinces. But, today, it’s becoming more common, especially in bigger cities, to find vendors stationed in wet markets, on sidewalks or at parks with signs informing passersby of their product. One balut egg will typically cost around 15 PHP ($0.30). 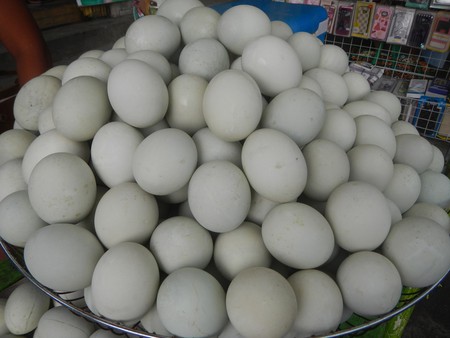 How to eat it

Tap the rounder end of the egg on a hard surface and peel just enough shell off to make a small opening. Be careful not to let any juices spill out — this is a very tasty part you’ll want to start with. 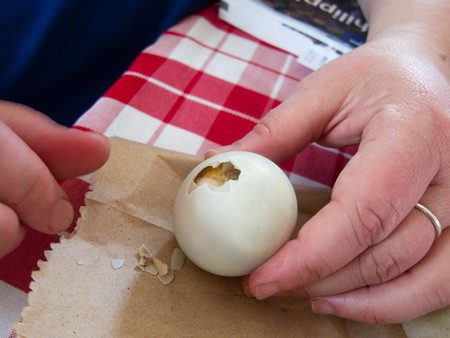 Normally, balut vendors will have salt with them for anyone who decides to consume the egg immediately after the purchase. Sprinkle a bit of this salt into the opening and slurp up all the tasty balut soup. 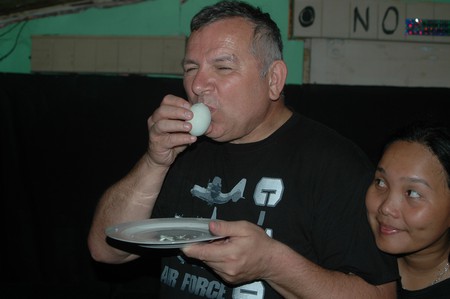 After sipping the warm broth, you can begin peeling off the shell and eating the actual balut meat. Some will say the yolk is the best part. It’s tasty, not all that different from a chicken egg, but its creamy texture is what makes it interesting. Others will say the chick is the best part — that is, if you can get past the thought of it being a partially developed duckling and all. Depending on how many days its been incubated, some balut embryos (those nearing the three-week-old mark) will have a bit more of a crunch to them due to more developed beak and bones. 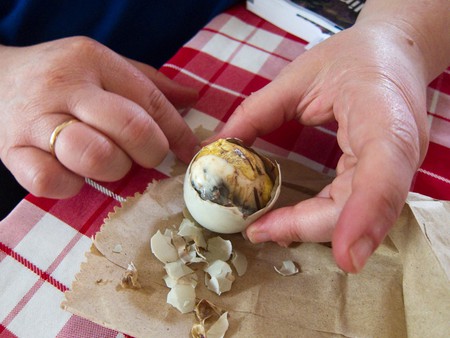 The balut white, also referred to as bato (stone), can sometimes be unpleasant to chew as it tends to be tough, especially for more developed balut. So many will toss this part away. And because it isn’t too tasty anyway, when people do eat the bato, it’s likely for the sake of avoiding food wastage more than anything else. 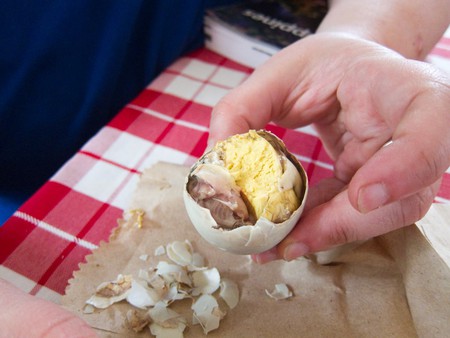 And finally, don’t be afraid to get your hands a little dirty — it’s part of the balut experience.