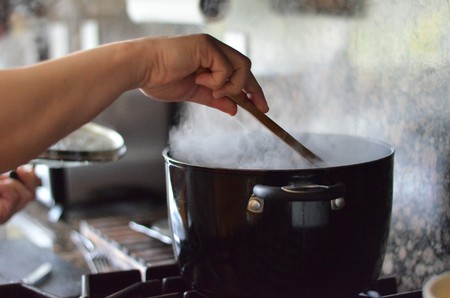 Aside from its plethora of flavors and unique cooking techniques, what makes Filipino cuisine particularly special is the passion and love that goes into its creation. Whether it’s tatay’s Kaldereta or lola’s Adobo, you can be sure it was made with a lot of heart. We asked a few Filipinos about their personal favorites and here they share dishes that to them, will always be much more than just a plate of food. 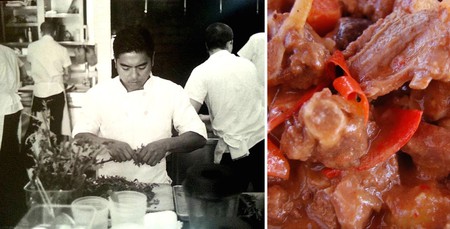 “The most memorable dishes for me was from when I was growing up in Project 2, Quezon City. I remember hanging out with my Father, Lolo (grandfather), and uncles when they would cook outside our home and drink at the same time. So most of what they cooked would end up as ‘pulutan’ (beer chow). My Dad’s side, hailing from Ilocos Norte, would always cook Kaldereta, Papaitan, and Kilawin, and they would almost all the time use goat meat, which made all the difference. They were so into the “anggo”, or gaminess of the animal, which one can’t find from regular meat like beef. I was so fascinated by the depth and unusual flavor of the meat that until today, I think, goat meat is the only way to go for those dishes!”

“Back in the Philippines, every time my dad and his brothers visited their province in Tagkawayan, Quezon, they used to bring back kilos of fresh seafood,” Neda, who moved to Spain with her family in 2012, recalls. “They’d wake us up at midnight when they arrived from the long drive and steam those really huge crabs. Despite being sleepy, I could never say no to those meaty crabs. The image of everyone at my grandmother’s long table cracking every part of the crab and dipping the crabmeat into a bowl of calamansi and salt is still very clear to me. I haven’t had any huge steamed crabs for a long time now since they are usually small and expensive here. So now every time we have crabs, we cook ginataang alimasag (crabs in coconut sauce) just to satisfy our cravings.”

“I’ve always had a sweet tooth and Ginataang Bilo Bilo is hands down my favourite Filipino dish. I moved to Spain some ten years ago and it always has to be part of one of my first meals in the country when I return for short vacations. I remember when I was around eight, and my mother, being a Philippine Airlines flight attendant, would take me along on her Honolulu flights. When we would get to our hotel in Honolulu, she’d head out and I’d stay in, still sleepy from the jet lag. I loved the sweet dish so much that when she would ask me what food I’d want for her to bring back, I would always answer ginataan. And somehow, on a foreign island thousands of miles from home, she would find some to bring back to me.”

“I think it would have to be the adobo of West Avenue,” she says, referring to a dish from her grandparents’ old home. “Although we enjoyed so many lovely dishes from our Sunday lunches at our lola and lolo’s house, their adobo style stood out as a comfort food. There are so many versions of Filipino adobo, but theirs was the yummiest to me. I love cooking, but I can never duplicate it. The sauce is thick and sticky, mixed with oil from the pork.”

“But for New Manila food,” she continues, speaking now of her childhood home, “I cannot single one out. What I cherish the most is my dad’s cooking. No matter what he prepared, it was always made with passion — from buying ingredients at the market to cooking it and watching us eat. His enjoyment was watching his family enjoy the food he prepared. One time he was cooking a duck dish, and we kept asking him what it was called. I think he was just experimenting and the dish didn’t have a name. So he named it ‘kutang kutang’. Only after so many years did I find out that ‘kutang nang kutang’, means ‘asking and asking’ in Kapampangan (a Filipino language from the provinces of Pampanga and Tarlac).”