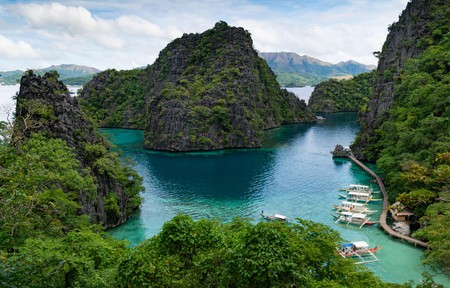 Coron Bay is home to some of the most interesting, challenging shipwreck dives in the world | © Anthony Cam / Alamy Stock Photo

Coron Bay in the Philippines is one of the world’s most famous scuba-diving sites due to the well-preserved fleet of World War II Japanese ships just below the water. Underwater explorer Sarah Gillespie guides you through the history of the Coron fleet and how to experience it for yourself.

On 24 September 1944, US forces detected 12 Japanese ships anchored in the bay. The Japanese moved the ships to Coron – thinking it would be too far away for an attack – to protect them from the air strikes that had sunk fleets in Manila. Their calculations were to prove marginally, yet fatally inaccurate. At sunrise, 24 US Helldiver bombers and 96 Hellcat fighters began the 547-kilometre (340-mile) round trip to Coron Bay.

The attack was devastating – the US forces severely crippled the entire fleet in just 15 minutes. Most sank hours later, while others were rendered helpless and eventually destroyed in a follow-up attack a few days later.

Today, the remains of the fleet comprise one of Southeast Asia’s most fascinating diving sites – both for the colossal wrecks and for the host of underwater fauna that has made it home. 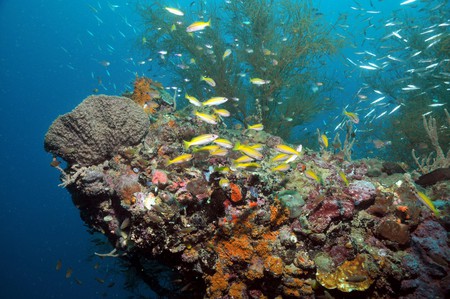 An auxiliary supply ship, Olympia Maru sits upright at a depth of between 18 and 30 metres (59-98 feet), is about 122 metres (400 feet) long and weighs 5,612 tonnes. Formerly called the ‘Tangat Wreck’ (it was discovered next to Tangat Island), it was reportedly built at the Mitsubishi shipyard in Kobe. Divers can swim over the massive bomb crater that crippled the ship, and the locker room at the bow is ripe for exploration. Lionfish, seahorses and ghost pipefish live among the black corals on the ship’s sides.

Built in England in 1908 and captured by the Japanese in Shanghai in 1941, the Morazan is an ideal dive site for beginners, due to its relatively shallow depth of between 14 and 25 metres (46-82 feet). It’s also a popular training ground for specialist wreck divers, with four massive cargo holds that are easy to enter and exit. It’s possible to swim the entire length of the ship from the inside, and on a clear, sunny day, the light entering the holds creates a cathedral-like dappled effect.

One of Coron’s most atmospheric wrecks, the Kogyo Maru freighter was carrying runway construction materials at the time of its destruction. Inside, most of the construction machines and materials are intact – in the cavernous engine room, you can see piles of cement bags, a bulldozer (complete with levers) and an old cement mixer. There are natural wonders to be found, too, including hard and soft corals and schools of barracuda. Lying on its side at a depth that ranges between 16 and 34 metres (52-112 feet), the Kogyo Maru was built in Osaka in 1927, is 129 metres (423 feet) long and weighs 6,353 tonnes.

When a bomb hit the Japanese seaplane tender Akitsushima near the stern, the impact nearly tore the ship in two. Fortunately for today’s divers, the front half stayed affixed and is now one of Coron’s most challenging wreck dives, with most entering via the crater. Inside, the control room and engine rooms are wonderfully preserved, with rows of dials, munitions and gauges. The ship lies on its side at a depth of between 22 and 35 metres (72-115 feet), with the crane that was once used to carry planes stretched out on the ocean floor. 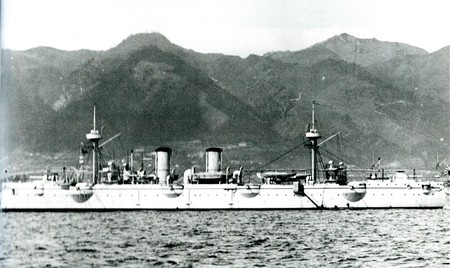 Lying upright between 18 and 26 metres (59-85 feet), the Okikawa Maru was a Japanese oil tanker. Filled with light on the inside (due to the bow end being ripped almost clean off), it’s a relatively easy wreck dive – divers enter through the propeller shaft and can swim up to the engine room. Underwater photographers will love this site, too, as there’s a dense population of coral all over the ship hiding colourful nudibranchs, and the strong currents attract shoals of fish such as snappers, batfish and groupers.

Possibly Coron’s most famous wreck, the Irako was a refrigeration supply ship and one of the fleet’s largest, at 147 metres (482 feet) and 9,570 tonnes. Inside, there’s good visibility and a breathtaking amount of detail, with pieces of machinery, ladders, kitchen utensils and even a bicycle in near-perfect condition. As one of the least-damaged wrecks, there are a seemingly infinite number of routes to take, but it’s not for the faint-hearted. Narrow passages and dark areas make this wreck for experienced divers only. Outside, schools of jacks, turtles and the occasional ray can be spotted.

The thrills and the risks

Wreck diving requires great buoyancy control and awareness, due to the thick layers of silt that rest on the ship’s surface. Accidentally kicking the vessel will cause a “silt-out,” which will turn the water opaque, with potentially fatal consequences. If you’re unsure, consider taking a wreck diving course first with one of the dive operators in Coron Town – reputable shops include Fun & Sun and Corto Divers.

Dive boats are usually classic Filipino bangka (outrigger) boats with plenty of space for moving around – some even have sun loungers, and you’ll often be served local cuisine for lunch. After your dive, be sure to check out the other attractions in and around Coron Town, including saltwater thermal pools, delicious street food and fabulous views of the bay from the top of Mount Tapyas. 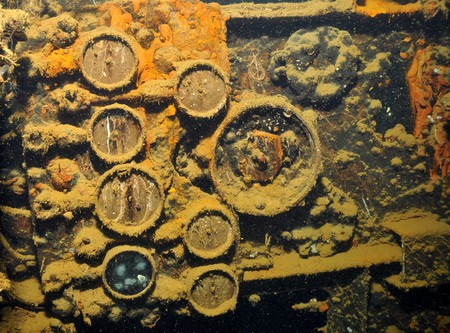