Aswang: The Terrifying Vampire Ghouls of the Philippines 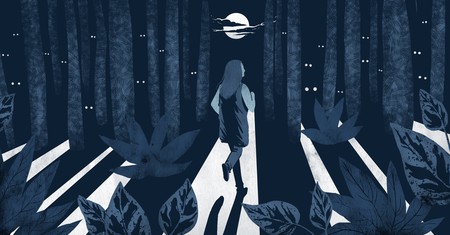 Deep in the darkest heart of the Philippines sits a terrifying creature. As night falls it begins the hunt for human blood, stalking its prey in the shadows of your town, neighbourhood and even your own home.

Its tongue drips in hunger, emitting a tick-tick-ticking noise from the vast darkness. This is the aswang, the most feared creature in Philippine folklore.

Though today most people only really start thinking about aswangs while walking through quiet streets alone after dark, some rural communities in the Philippines still believe in these supernatural creatures. After all, what else could explain those bumps in the night?

What is an aswang?

According to Philippine folklore, an aswang is an evil, shapeshifting creature that shares the grotesque characteristics of werewolves, vampires and ghouls. It has no consistent image or description because its appearance varies per region. People have often characterised them based on hearsay, which is why the term aswang has commonly been used as a catch-all description for most evil creatures that lurk in the night.

What can be agreed on is how they kill. During daylight hours aswangs go incognito, taking on a human form to blend in with regular townspeople – all the while consciously observing who to target next. Most have been associated with women, particularly because of their long, dark hair which they use to cover bloodshot eyes. When night creeps in, they shift into their predatory forms (not to be confused with their true, ghoulish forms) – as a large dog, man-sized bird, or a black Siamese cat, waiting for their human prey to be alone before feasting on their flesh and blood.

Look directly into a person’s eyes and if your reflection is upside down, then you’ve just met an aswang, according to paranormal experts. Another quick way to detect one is through a special oil curated by an albularyo (Filipino witch doctor), which boils when an aswang is lurking nearby.

Because aswangs disguise themselves as humans and animals, no one is really prepared for them. But to avoid becoming prey, there are telltale signs that reveal when these beasts are on the hunt.

When you hear a ‘tick-tick-ticking’ noise from the darkness, that means an aswang has taken its ‘TikTik’ form – signalling it is ready to eat. The softer the noise, the closer the aswang is to you.

Aswangs usually land on a victim’s roof, waiting to stretch their long, dripping tongues to get a taste of human prey. In most cases, they pay a visit to every pregnant woman in town, hoping to feed on unborn children. Pregnant women emit a distinct smell that attracts aswangs, which has historically been used to explain miscarriages or stillbirths in rural parts of the Philippines.

After feeding, aswangs often replace their victims with doppelgangers made from tree trunks or other plant materials. People are then blissfully unaware that these beasts are on a killing spree.

Another reason why Filipinos fear aswangs are because of their ability to pass on their ‘magical powers’ to someone else. It’s a common belief that if an aswang holds its mouth close to a person’s mouth, they too, will eventually become one of them.

To protect themselves from aswangs, some Filipinos keep a buntot pagi (stingray’s tail) to dispel their presence. Salt, garlic, and ginger are said to be effective when it comes to warding off these terrifying creatures (which is convenient considering those are key ingredients in Filipino cooking). Religious artefacts (such as holy water and crucifixes) are also placed near windows in the belief that displaying them ensures no evil beings enter the house. There are also agimats (Philippine amulets) which have the power to repel aswangs.

The real history behind the aswang

The term ‘aswang‘ originated from the Filipino word ‘aso-wang‘, meaning dog – because the beasts usually take the form of dogs. While these mythical creatures make for a terrifying bedtime story, historian and Professor Anthony Lim provides sociological and scientific explanations behind aswangs. According to Lim, Malay people migrated to the Philippines in the 13th century, bringing with them a set of supernatural beliefs.

In Malaysian folklore, they have the ‘penanggal’ – a beautiful woman (young or old) who attained physical beauty through black magic. The ‘penanggal’ was a female midwife who made a pact with a demon to gain supernatural powers, and in turn must refrain from eating meat for 40 days. However, the pact was broken and a curse was bestowed upon the ‘penanggal’ to become a bloodsucking demon.

In pre-colonial Philippines, the female leader of a community was called a babaylan. Roxas Museum curator Bryan Argos says these leaders played an important role in healing the sick and communicating with the spirits. So, when the Spaniards arrived, they spread propaganda about the animist beliefs of the natives to convert them into Catholics.

For instance, they attached evil in the doings of a babaylan, which explains why females are often associated with aswangs. As women led a series of political upheavals in Capiz to counter the Spanish government, Argos noted that the Spanish authorities accused them of being aswangs. Hence, the town of Capiz in the Visayas Region has often been dubbed the home of aswangs.

As to why Filipinos still believe in shape-shifting creatures, strong oral tradition remains a primary factor. These days, Aswangs are still used to scare children and they’re still being attached to lewd, unexplained acts in some rural communities.