All the Ways to Go Off the Grid in the Philippines 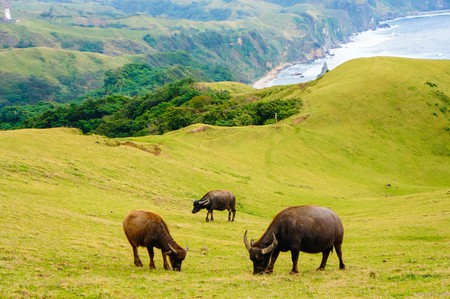 Because turning gadgets off in the everyday environment isn’t as easy as it sounds, it helps to be pulled out of this fast-paced setting and put back in touch with nature. Here are the best things to do in the Philippines to help with that much needed digital detox.

There’s nothing like sitting on the beach at sunset and trekking to fantastic views to make you lose the involuntary urge to check a screen. Zambales, just a few hours from Metro Manila is the perfect break from the urban jungle, with two beautiful coves perfect for camping weekends. Anawangin Cove and Nagsasa Cove were completely changed by the massive Pinatubo eruption of 1991 and are now dark-sand beaches in between the clear sea and Agoho-tree forests. With no commercial establishments and amenities, visitors are in for a back-to-basic treat, pitching tents and cooking the old-fashioned way. Visit on weekdays to avoid the weekend crowds. 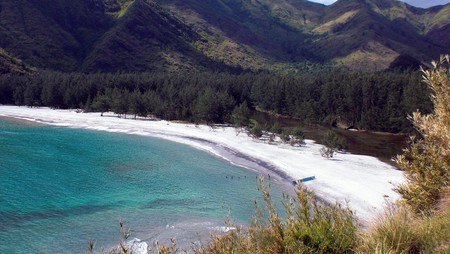 Explore the remote islands of Palawan

Palawan is world-renowned, known especially for its stunning beaches, marine life, and landscapes in Coron and El Nido. While the north of this stretch of island is flocked by around a million tourists annually, the south is left largely unexplored. For gorgeous, remote, virgin beaches that are completely off-the-grid, journey to the Balabac Islands of southern Palawan, where visitors almost always have the vast white-powdery sand beaches all to themselves.

Today is #WorldOceansDay! It is a shame that the Philippines is one of five top ocean dumpers collectively responsible for as much as 60% of the plastic waste that enters the world’s seas. Let us remind ourselves and teach the young ones that the ocean is not our dump.

Slow down in Batanes

Head way up north of the country, to the province of Batanes for jaw-dropping sights that demand your full-attention. Who will feel the need to scroll through their social media feeds, when before them are endless stretches of blue sea and sky, serenely grazing carabaos, and lush rolling hills? This province just begs to be savoured, distraction-free. The way of life in Batanes is slow and tranquil – the kind of life many in the city have forgotten how to live. So decelerate your pace, emulate the peaceful Ivatans (the main ethnic group of Batanes), and you won’t even notice you didn’t have internet connection the entire time. 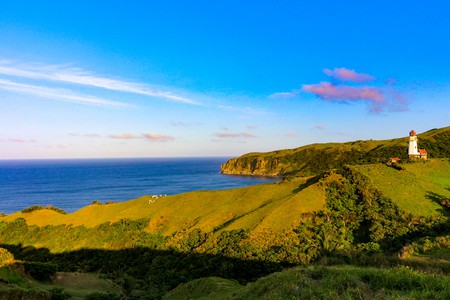 Hike the mountains of the Cordilleras

Several spectacular hiking trails lie within the country’s predominantly mountainous Cordillera Administrative Region. Head over to higher grounds and spend days walking through cool pine forests and magnificent rice terraces, and enjoy nights camped out under the stars. Popular choices include Mt Pulag (the highest peak in Luzon), Mt Kalawitan, Mt Ugo, and the Kibungan Circuit. Because many hikers from Manila opt for day hikes closer to the Metro, those willing to take on the feat of the Cordillera mountains enjoy much less crowded and more peaceful treks (save for Mt Pulag which has grown tremendously popular in recent years). 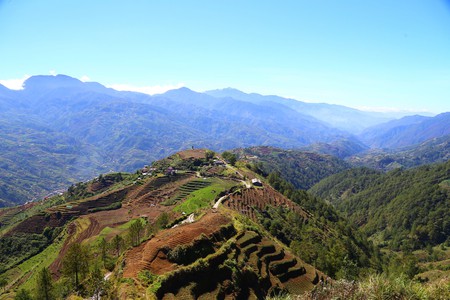 Sail aboard a traditional paraw

Where better to switch off from the modern world than aboard a traditional Filipino sailboat, traversing the breathtaking seas between El Nido and Coron in Palawan? This five-day-four-night journey by Tao Philippines invites its guests to switch off in just about the best setting possible – surrounded by like-minded adventurers, endless picturesque landscapes of sea and limestone, and virgin islands in which to spend the night. Connectivity isn’t available – at least to the internet and mobile towers, it isn’t. But to people and to nature, there’s plenty.

Go on a wellness retreat in the country’s surf capital

For some balancing of mind, body, and soul, go on a wellness retreat at a dojo on the beach, by the sea. Lotus Shores is well known within the yoga community for their yoga immersion and detoxification programs, as well as their beautiful dojo, in which they hold up to four yoga classes each day – it also helps that it’s nestled within the country’s surfer haven of Siargao, just over two kilometres from the famed surf spot, Cloud 9. Never feel the need to log on with all the close-to-nature activities to fill out your days.

OPEN-LEVEL Yogic Movement and Meditation Class Schedule for July 10-14 (Monday-Friday): DAILY 8:00 AM SOLAR Hatha / Vinyasa 4:30 PM Lunar Hatha / Vinyasa No reservations required. Kindly arrive 5-10 mins prior. We look forward to sharing our space, practice, and way of life with you. 🙏🏼

‘Own’ a secluded island in Laguna

Ever wanted to own a private island? Ever wanted to feel secluded from the rest of the world? Sundang Island in Laguna, some three hours from Metro Manila, turns this dream into reality. The island, located within Lake Lumot in the Sierra Madre Mountains, is privately owned and rented out to anyone yearning for an escape. A quaint, 80-square meter bungalow rests atop the small, low hill of an island that slopes down into the lake. Enjoy quiet mornings, swimming in the lake, picnic lunches, beautiful sunsets, and utmost serenity at this sweet escape, perfect for couples and groups of up to 15 people. 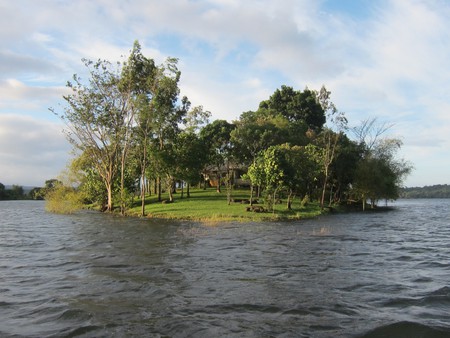 Sundang Island | Courtesy of Owners
Give us feedback