A Two-Week Travel Itinerary to the Philippines 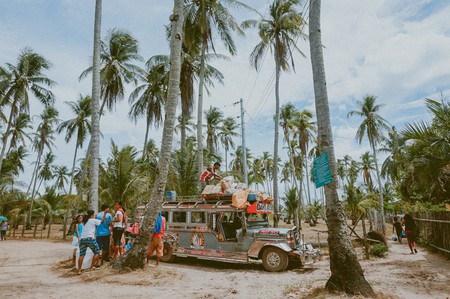 With an archipelago made up of over 7,000 rich, beautiful, and culturally diverse islands, years would still not seem long enough to embrace everything the Philippines has to offer. But if two weeks is all you have to spend in the islands of the Philippines, use our guide to seeing and doing the most of the country as possible.

Most international flights land at Ninoy Aquino International Airport (NAIA) in Manila. Fair warning: metro Manila is perhaps the busiest place in the country, so don’t be scared by the excessive traffic and urban jungle chaos—it won’t be quite like this anywhere else. Traffic in Manila is bad. Convenient modes of public transport connecting NAIA to the rest of the metro aren’t especially common either, so the best bet is taking an airport taxi to your accommodation. If after checking in, set some time aside for a meal. Filipinos love to eat, and Manila is crawling with fantastic restaurants of every cuisine and flavor—there’s bound to find a culinary gem nearby. 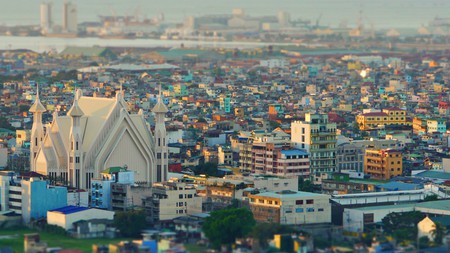 From here, you can either spend a night at the resort and begin a northward journey (on bus or with a rented car) for the days to follow, or you can return to Manila and use this as a base point, leaving from here and returning at the end of each day. The latter option, however, is more tiring and more time consuming as the proceeding days conveniently follow and northward route.

There’s nothing quite like beginning a trip to a foreign place with a dose of culture and history, especially if it comes with a shot of humor, too. Spend the first full day in the country learning about its past—right in the heart of Old Manila, the walled city of Intramuros. Plan ahead and book a walking tour with performance artist and guide Carlos Celdran, whose acclaimed tours consistently enlighten and entertain. 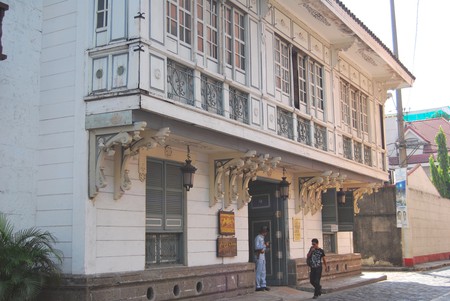 For some art and culture, go to the nearby National Museum of the Philippines, displaying the masterpieces of the country’s best artists. For Filipino history and artifact exhibits, travel just a bit further to the Ayala Museum in the business district of Makati. While here, stroll around Greenbelt Mall and enjoy a nice dinner at one of its many delicious restaurants. 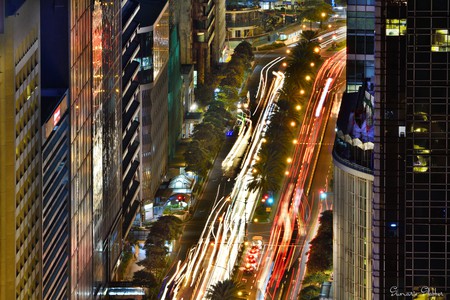 To recover from jet lag or simply deal with the scorching Philippines heat, save the more physically demanding activities for the days to come. On the third day, leave Manila and travel about three hours to Las Casas Filipinas de Acuzar in Bagac, Bataan. This heritage resort is a relaxing staycation and a fascinating history lesson rolled into one: tour the massive grounds filled with restored heritage houses from 18th-century Philippines, and have the choice of actually spending a night in them to earn about the Philippines’ rich and interesting history in a uniquely fascinating way.

From here, either spend a night at the resort and begin a northward journey (by bus or rental car) for the coming days, or return to Manila. 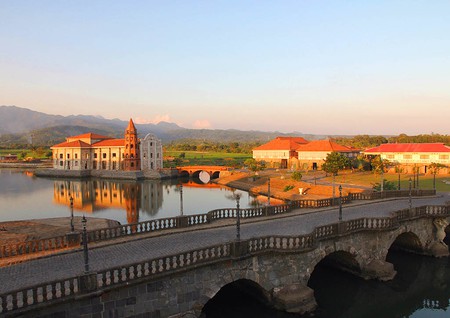 Ready up for something more adventurous—how does hiking up an active volcano sound? Infamous for its devastating eruption in 1991 (one of the 20th century’s most destructive), Mount Pinatubo is now a popular hiking destination. The trek is fairly easy, made special by rivers along the way, a 4×4 ride across lahar terrain (formed by the remnants of the 1991 eruption), and a beautiful turquoise crater lake at the end of the hike. The easiest way to go about this trip is by joining an organized tour group, where everything is already arranged from pick-up to drop-off. 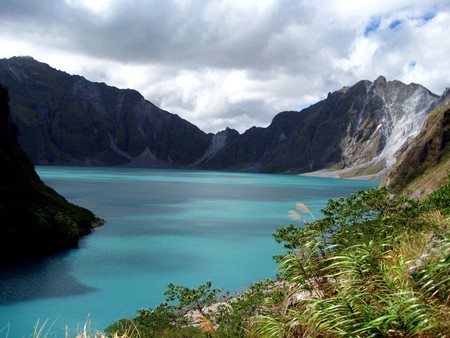 Set off early in the morning to arrive in Baguio, the country’s “summer capital,” in time for lunch (six hours by bus, and four hours by car from Manila). The mountain city is visited by locals mostly for its temperate climate, and it’s a pleasant change from the otherwise blazing temperature most Filipinos are used to.

Stop at the Ketchup Food Community and choose from among the five rustic food establishments serving up delicious hearty plates, perfect after a long morning on the road. After lunch, check-in at your chosen accommodation. A popular choice is The Manor at the massive grounds of iconic Camp John Hay, which also houses several of the city’s tourist favorites. Take the afternoon to trek its beautiful trails and visit the butterfly garden, the humorous Cemetery of Negativism, Bell House, and garden amphitheater.

In the cool of the evening, tuck away into a cozy corner at Chocolate de Batirol and enjoy a cup of their famous hot chocolate, paired perfectly with a plate of sweet, sticky bibingka (rice cake). 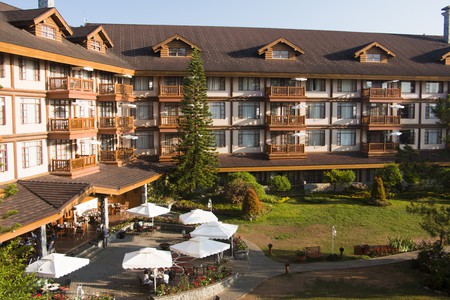 Spend one full day enjoying all of the city’s most famous sites and activities. Start the day by picking strawberries in the fields of La Trinidad, approximately 20 minutes from the city center, and then drop by Mines View Park and Burnham Park, making sure to try the city’s unique strawberry taho at either stop. Have lunch and spend the afternoon at the BenCab Museum, where owner and national artist Benedict Cabrera shares his collection of highland Filipino artifacts as well as his and other local artists’ artworks.

Heading back into the city center, stop by cool Mt. Cloud Bookshop, which carries an array of local and Asian literature. In the evening, head on over to Cafe by the Ruins for dinner, and end the night going through the night market at Harrison Road for cheap and unique finds. 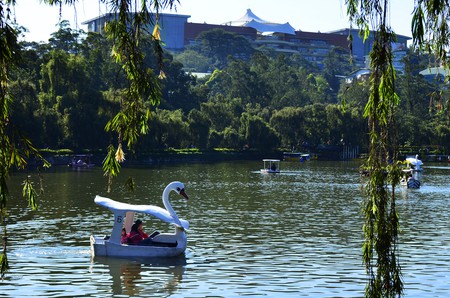 On your last day in the city, make sure to take a taste of Baguio back and stop by the Baguio Public Market to stock up on the city’s and its neighbors’ delicious local products. Souvenirs for friends and family can also be found here. To pack in a bit more sightseeing, squeeze in a morning trip to the Tam-Awan Village or the Botanical Garden, and then fuel up at Hill Station for lunch before the long drive back to Manila. Still have some energy upon returning in Manila? Then leisurely explore the open-air Bonifacio High Street in Taguig City in search of a restaurant for dinner. 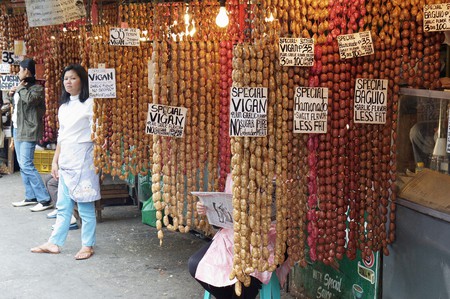 Puerto Princesa is the capital of Palawan, 2017 Travel + Leisure magazine’s “Best Island in the World” title holder. The island is most famous for its pristine beaches and crystal clear waters in the areas of El Nido and Coron, which are what many people from all over the world come to the Philippines to experience. Unfortunately, the limits of a two-week itinerary mean Coron will have to be saved for another trip, though visiting both El Nido and Coron is an absolute must.

If arriving at Puerto Princesa in the morning, have lunch at Haim Chicken Inato for the local favorite grilled chicken and visit the city Butterfly Garden. If arriving late in the afternoon, settle into your accommodation and head to the Iwahig River at sundown for the Iwahig Firefly Watching Tour. If there’s time to spare for a late dinner, enjoy deliciously prepared seafood and vegetable dishes at Kalui, one of—if not the—most popular restaurants among visitors. 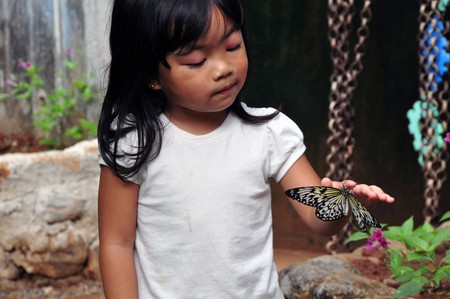 Leave the city center for a day and head to the coastal village of Sabang to the Puerto Princesa Underground River, one of the New 7 Wonders of Nature. A guided day tour of the Underground River can be booked in Puerto Princesa. If you end up with time to spare and are up for more adventures, request to visit nearby Ugong Rock for some spelunking and zip-lining. 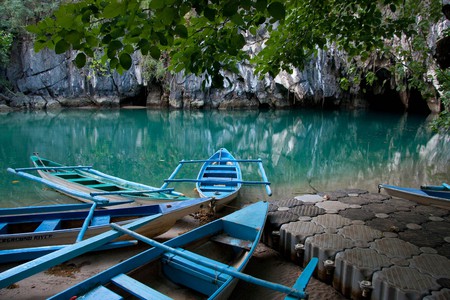 Now, for the highlight of the Palawan trip: the paradise of El Nido. The most convenient way to reach El Nido is by booking a van seat with a shuttle bus company, some of which organize pickups directly from the hotel, and the trip takes five to six hours. An easy, favorite accommodation for younger travelers is Spin Designer Hostel.

Divide the three days in El Nido by how active you feel and how much you want to do each day. For starters, most tour agencies and boatmen offer four main, predetermined island hopping tours—A, B, C, and D, with the most popular ones being tours A and C—which journey through gorgeous beaches and islands, caves, and clear blue lagoons.

Aside from these tours, other great beaches that can be reached from the El Nido town proper via rented motorbike or tricycle. Relax on Nacpan Beach and watch the sunset from either Las Cabanas Beach or Marimegmeg Beach. Then head back to the town proper and enjoy nights bar hopping and enjoying cool reggae music seaside.

On your final day, fly straight from El Nido to Manila to avoid the hassle of having to go all the way back to Puerto Princesa for the flight. 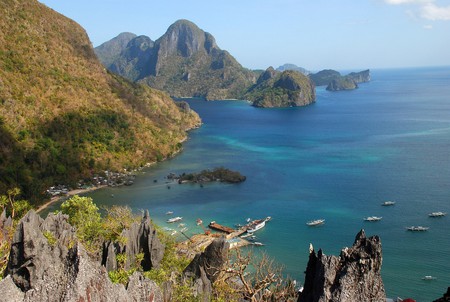 When leaving the hotel for the airport, consider Manila’s congested roads and the slow moving lines at the airport. Depending on the time of day and the distance between the hotel and NAIA, it would be wise to set off anywhere from four to five hours before the flight’s departure.

If the flight isn’t depart until late in the evening, squeeze in an early morning trip to picturesque Tagaytay, a two-hour drive away, and dine at Breakfast at Antonio’s. The food is good and the view is lovely—a perfect way to spend your last day in the country.

To stay close to Manila, go on a last-minute shopping trip instead. There are several shopping malls to choose from in Manila, some of which are among the biggest in the world. The extensive chain of SM malls have an in-house brand called Kultura, and it’s the perfect place to shop for gifts to bring back home for family and friends. 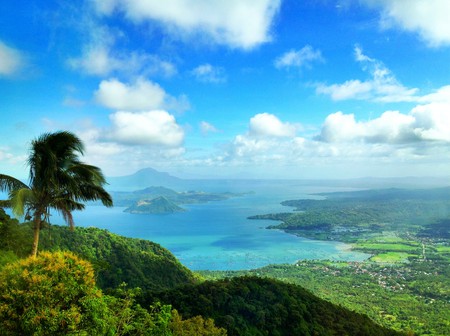