A Regional Guide to Filipino Cuisine and Where to Find It 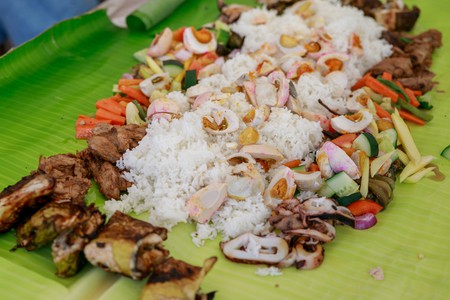 Though a relatively young nation, the Philippines’ history is very rich. With several colonizers docking and departing its shores, a diverse array of foreign culture and influences have been left behind. This is why the archipelagic country is constantly being described as “a melting pot of cultures.” And, as the Philippines is a massive food-loving nation, this characteristic was naturally carried over and into its cooking pots. With the regions of pre-colonial Philippines having had their own distinct culinary methods even before the arrival of outsiders, and with the various influencers dropping in through the centuries that followed, traditional regional dishes have evolved into the contemporary plates Filipinos know (and are known for) today. Here’s a guide to the culinary must-tries from different parts of the country and the best places to have them.

Any Filipino fiesta would not be complete without a glistening, deep red, wholly roasted pig laid at the center of the feast. This iconic Filipino “dish” is known as lechon. Ever-present at grand Filipino celebrations, this lip-smacking treat is a cause for celebration in itself. And the province of Cebu in the Central Visayan Region is nationally recognized as the best place to have it. A great place to give it a try, a local favorite, and the proud pioneer of “spicy lechon,” is Rico’s Lechon. Perfectly crispy skin and meat bursting with flavor, their lechon is easily one of the country’s best. 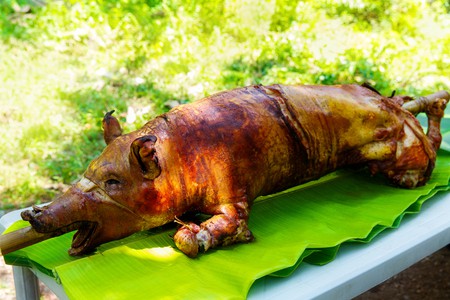 Though the idea of chopped up pig’s face served on a sizzling hot plate might sound bizarre to many, to Filipinos, it’s the perfect complement to a cold bottle of beer. This reinvented way of making sisig is said to have begun in a humble eatery by railroad tracks in the province of Pampanga, in the Central Luzon Region. Lucia Cunanan is credited for this culinary breakthrough over 40 years ago, but many have followed in her steps, adding their own signature touches to the famous dish. One tastily crispy variation is served at Mila’s Tokwa’t Baboy. Simple and unpretentious, this almost 30-year-old establishment allows its food to prove why they’re one of the best. 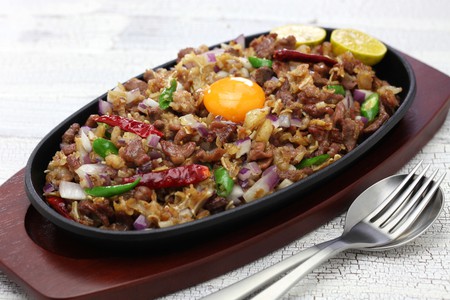 Many Filipino culinary favorites hail from the north, in the region of Ilocos. There’s Ilocos empanada, longganisa, and pinakbet, but one of the most scrumptious is their bagnet. This sinful dish is essentially pork belly, deep fried to crispy perfection. If it isn’t already obvious by now, yes, Filipinos really love their pork. Herencia Cafe in Paoay, Ilocos Norte, serves the best of traditional Ilocano cooking, including bagnet. However, they’re especially famous for creating the original “pinakbet pizza” along with other unconventional pizza flavors. 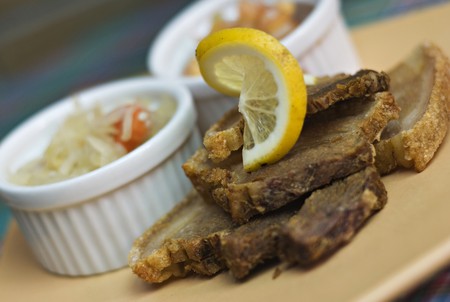 The city of Bacolod in the Negros Island Region is always associated with Chicken Inasal (grilled chicken). One, because it is where inasal originated, and two, because even after the dish’s rise to nationwide popularity, they’re still the only ones who’ve perfected the tricks of the trade. This juicy and exceptionally tasty variant of grilled chicken is marinated in a vinegar calamansi (local lime) mixture as opposed to the usual soy sauce marinade. It is then cooked over a charcoal grill and served on a stick. Many recognize Aida’s Manokan as the best place in Bacolod City for a delicious plate of authentic chicken inasal. 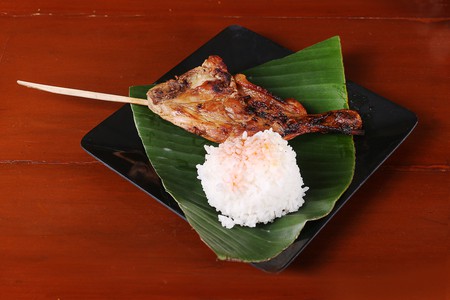 From the Bicol Region hails the Philippines’ spiciest dishes. Bicolanos’ taste buds appreciate a nice strong kick, hence chili in almost everything (even ice cream!). Bicolanos are also very fond of using gata (coconut milk) in their food for the sheer abundance of coconut trees in the region. One of their most famous dishes, which has spread across the country and many Filipinos now love, is laing. Laing is basically sun-dried taro leaves cooked slowly in coconut milk and served with chili pepper. For a taste of this spicy, creamy goodness, drop by Bob Marlin in Naga City. Once there, don’t miss out on their famous crispy pata either (they rightfully claim to having one of the best recipes in the country!).

Locally known as curacha (spanner crab), this deep sea crab completes every traveler’s visit to the Zamboanga Peninsula. And nearly as iconic is the version of Alavar Seafood Restaurant in Zamboanga Sibugay, where the mighty crab is covered in a special sauce that is so well-loved, the restaurant began selling it in packs for customers to take home. 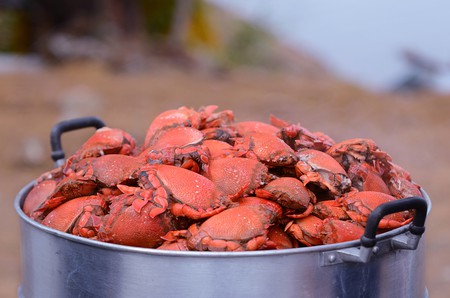 Just a few hours drive from Metro Manila is the province of Batangas. This province, nested in the country’s Calabarzon region, has long been known for its tasty bulalo (beef bone marrow soup). This extremely flavorful soup is slow-cooked until the beef is fall-off-the-bone tender. Enjoying this dish is an experience, its highlight being poking the marrow out of the bone or, even better, slurping it out. It’s the ultimate Filipino bowl of comfort on a cool, rainy day. Head to Rose & Grace Restaurant for a nice hearty serving of the dish they’ve perfected, with over 40 years of service. 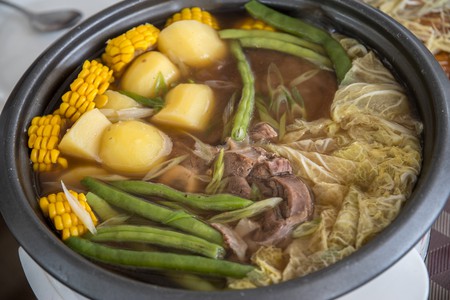