A Day Tour of the Philippines' Historic Island of Corregidor 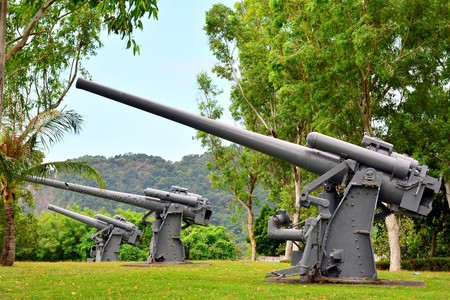 For a quick escape and a unique experience outside Metro Manila, taking a day tour to Corregidor Island of Cavite is a great option especially if you’re into appreciating the country’s remarkable historical sites. What was once a harbor defense of Manila during the war now serves as one of the most popular tourist destinations in the Philippines. 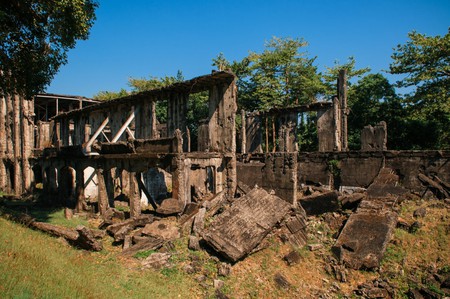 Corregidor Island, being located 30 miles out at the entrance of Manila Bay, served as the country’s immediate harbor defense against enemy warships. This U.S. Army Coast artillery had cannons, disappearing gun batteries, minefields, and other defense weapons installed in different parts of the island.

The historical battle of Corregidor began ten hours after the Japanese attacked Pearl Harbor on December 8, 1941. After their attack, they concentrated their efforts on the Philippines’ archipelago and targeted Metro Manila. At the time, the Bataan peninsula, Corregidor Island, and the defensive guns of the city aimed to protect Manila and the nation from being conquered by the Japanese.

The island of Corregidor served as a witness to the heavy bombardment, thousands of lives lost, and also the moment of victory when the Filipino and American forces recaptured the island in 1945.

Today, the island serves both as a historical monument and must-visit destination that lures in tourists to take a look at the preserved military installations, wrecked buildings, and other important sites that serve as a tribute to the sacrifices of the Filipino and American forces who died while defending the country against the Japanese.

There are tour companies that offer day tours for those who’d like to visit Corregidor Island in a day. Their packages often include ferryboat transfers, terminal fees, guided tour, and lunch. Upon arrival in the island, some tour operators would pick up travelers by pre-war type streetcars called “tranvias” before the beginning of the tour. Nonetheless, tourists still have the chance to rent ATVs, buses, or jeepneys.

Usually, day trip travelers are scheduled to leave the port in the morning and depart Corregidor in the afternoon. It only takes about an hour to reach the island and see the important landmarks and historical significance of the tadpole-shaped island. While a day tour is an ideal option for a quick trip outside Manila, there are lodgings and accommodations for those who’d like to spend a night on the island.

Sights to look forward to

There are a handful of places to visit (more than 10 remarkable sites) and activities to do when on the island. Apart from the tour, one can swim at the South Beach, ride a zip-line or a kayak, try birdwatching, or catch a light and sound show.

To get the most out of your experience, make sure to visit these five places below: 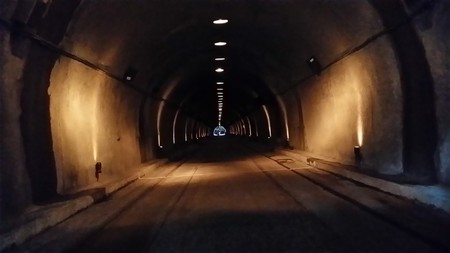 Usually tagged as the highlight of the Corregidor Tour, the Malinta Tunnel is famously known for being a place for ghost sightings on the island. During the Second World War, it served as a bomb shelter and even had an office for the Philippine President and a medical ward in it. When translated into English, the word “malinta” actually means full of leeches as the place had lots of slugs during the time it was being constructed. Now, anyone can catch a light and sound show at the Malinta Tunnel to get a glimpse of what life was like during the war. 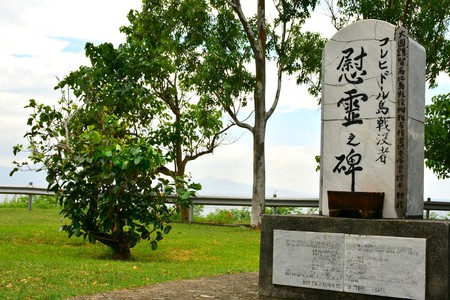 The Japanese Garden of Peace symbolizes the peace and friendship between the Filipinos and the Japanese. It’s a park dedicated by the Japanese to the late soldiers who fought during the war, whether it’s their fellow countrymen, Filipinos, or Americans. The park has a shrine, a prayer area, and a pavilion where Second World War photographs, markers, and memorabilia can be found. Visiting family members of war veterans often say a prayer to their loved ones whom they lost during the war. 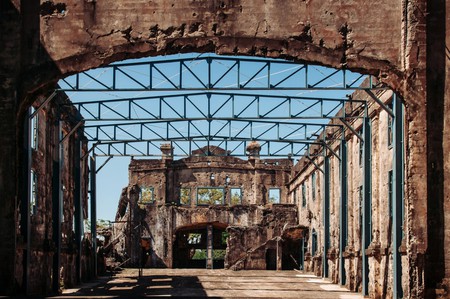 Located on the island’s highest point, the Mile-long Barracks was constructed to be a hurricane-proof structure that houses the quarters for soldiers and the office of General Douglas McArthur. Although its length does not really reach a mile, the Topside Barracks are considered to be the longest that we have in the world. Today, it’s one of the few sites in Corregidor where travelers are allowed to roam around and explore. Even during the day, the iconic skeletal building exhibits the dark and empty ambiance that would remind one of the island’s war-ravaged past. 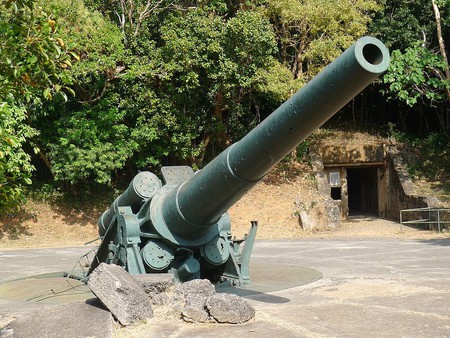 When in Corregidor, you’ll notice that there are numerous artillery batteries in sight. But among the island’s major batteries you’ll come across, Battery Hearn is the most famous. That’s because it’s the longest gun you’ll ever find and its 12-inch mortars (bullets) can fire to a range of 27 kilometers. However, this was a disadvantage during the war because its 35-degree firing elevation failed to hit Japanese forces in Bataan. 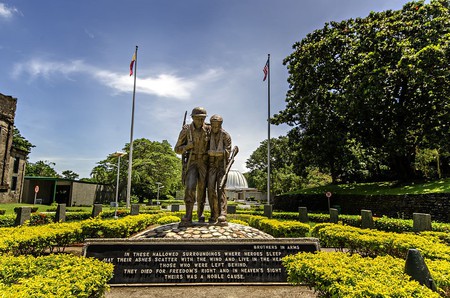 A 10 feet high statue of an American and Filipino soldier helping each other. | © IJVelas / Wikimedia Commons

Mainly designed by Filipino Architect Francisco Manosa (who also designed the EDSA Shrine in Ortigas), the sprawling Filipino Heroes Memorial is one of the island’s most notable spots. This landmark honors the Filipinos who bravely fought during the war, even if the country’s sovereignty meant losing their own lives. Here, one will find a museum which holds old photographs of President Manuel Quezon, murals carved by sculptor Manuel Casal, and some paintings of Lideo Mariano that convey the horrors of the war.