A Brief History of Adobo, the Philippines’ National Dish 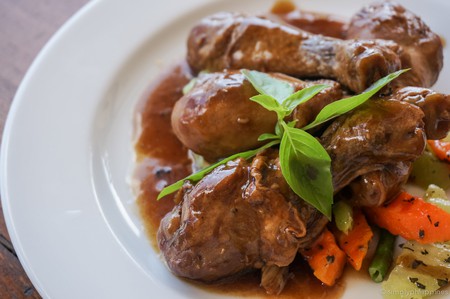 The roots of the Philippines’ most well-known dish are not easy to trace, but we do know a few things about the origins of adobo, and how it’s evolved into the dish Filipinos love today. Read on to uncover the many faces of adobo, and why it inspires such devotion in its fans.

Few subjects in the Philippines raise as many differing opinions as the right way to make adobo. It’s a topic everyone feels passionately about, whether they cook or not. The reason is that a good adobo is a life-changing dish. Everyone wants everyone else to experience the epiphany, but the devil – as they say – is in the details, and the details can be squabbled about endlessly. 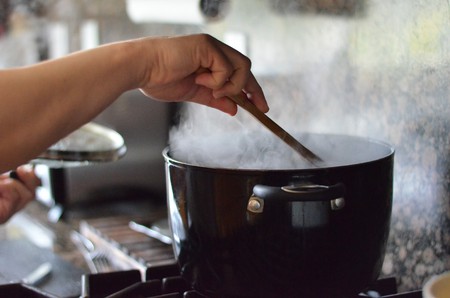 At its most basic level, adobo is a dish of protein braised in vinegar, and spiced with garlic and black peppercorns. Beyond that there is very little agreement. But let’s backtrack a bit.

We know the Malay voyagers who originally landed in the Philippines used vinegar and salt as a way of preserving food, keeping it edible for longer. In the hot tropical climate on the islands, vinegar appears again and again in traditional recipes, dating back to a time before refrigeration. Filipinos were already preparing their protein in a marinade of vinegar and salt before the Chinese traders arrived.

Some of the Chinese traders, who ventured all over the region selling their wares, settled in the Philippines. They brought with them a number of ingredients that were quickly adopted by the locals, including ‘pancit’ noodles, and soy sauce. In many parts of the Philippines, soy sauce came to replace the use of salt in home kitchens, and so soy sauce is still considered a key ingredient of a good adobo in most households. 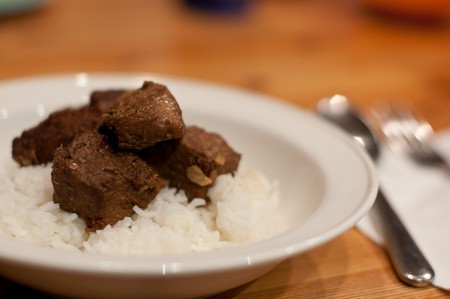 When the Spaniards arrived, they saw how the Filipinos used vinegar to marinate their chicken, pork, and fish. The Spanish word ‘adobar’ refers to a marinade or pickling sauce. In his writings, Pedro de San Buenaventura labeled the Filipino version ‘adobo de los naturales’ – adobo of the natives. The name stuck.

As each region of the Philippines has its own produce and preferred flavor profile, there are different versions of adobo across the islands. Where seafood was plentiful, adobo ng pusit (squid adobo with squid ink) became popular. In Southern Luzon, where heat and coconut milk are popular ingredients, adobo ng gata (adobo with coconut milk and green finger chilies) emerged. There are countless twists on adobo, and around the Philippines you’ll find versions that include sugar, liver, potatoes, morning glory, laurel leaves, the list goes on. 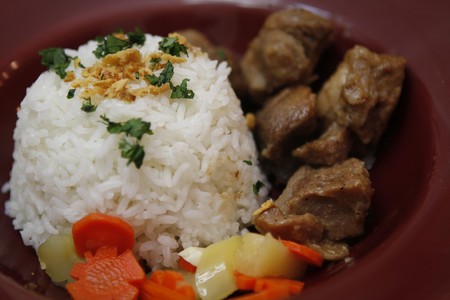 In recent years, adobo has moved beyond its roots as a humble island dish, delighting diners at Filipino restaurant Purple Yam in New York and even the affection of former US President Barack Obama. Up-and-coming Filipino chefs shred the meat from adobo stew to create savory flakes to top salads, or to stuff in sushi. Adobo has featured on shows like Top Chef, and remains the ultimate test of any Filipino cook’s mettle.

At its heart, adobo is a process of cooking, not a recipe. The tang of the vinegar is softened over low heat, intensifying the flavor of the meat, and creating a silky, mouthwatering sauce that is always, always served with fragrant white rice. Adobo’s long journey, its melding of cultures and ardent defenders all come together to tell a diverse and delicious story.