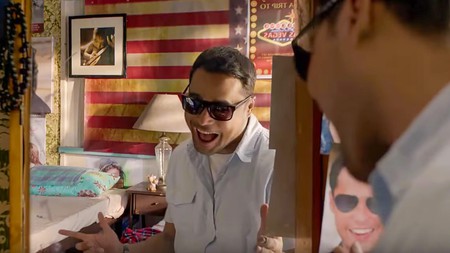 A deeply fun-loving nation, there is proof that Filipinos were enjoying comedic performances even before the time of Spanish colonization. From the Spanish introduction of theatric plays called comedia, to the clever and heartwarming indie comedies Philippine cinema is producing today, there is a long tradition of humor on the islands. Here are seven of the best comedies.

Quark Henares, who has made a name for himself in the Philippines as an irreverent film and music-video director, lets his imagination run free in this dark comedy. Keka is narrated by Katya Santos (Keka), a young IT professional determined to get revenge for the killing of her boyfriend by a group of rich frat boys. Along the way she falls in love with a heartbroken detective, but doesn’t let that deter her from exacting her murderous mission, one victim at a time. Variety’s Robert Koehler called the movie, “a playful and darkly nasty spin on the revenge genre.”

Director Joel Ferrer displays his wonderful comedic sense in this indie comedy that tackles love and relationships in three couples and across three generations. A multi-faceted love story, the film is full of hilarious moments that perfectly depict the realities of Filipino domestic life. Each generation carries its own views on love, rounding out Ferrer’s subject matter in a way that is honest and relatable. Dino Pastrano steals the show as Carlo, a young, unambitious graphic designer who accidentally gets his friend pregnant after a one-night stand.

A coming-of-age film, Rakenrol pokes fun at the crazy world of Filipino rock. The story follows the misadventures of two best friends, Odie and Irene, as they struggle to form a band and make it big on the Manila music scene. Co-written by Diego Castillo and Quark Henares, who both have close ties to the music industry, the film’s sharp, snappy script is one of its strongest points. Enjoyable cutaways, cheeky humor, and talented performances from young actors make it one of the best comedies to come out of the Philippines.

Directed by Mark Meily, Crying Ladies won the affection of audiences within and outside the Philippines for its often messy, always endearing portrayal of three very different working-class women who take a job as professional funeral criers, to earn extra cash. The movie is anchored on the character of Stella (Sharon Cuneta), a feisty Filipina who struggles to make ends meet while reconnecting with her son after spending a year in prison. In his review for the New York Times, critic A. O. Scott wrote of the film, “With a refreshing lack of vanity or pretension, these actresses play their ordinary, hard-luck characters with generosity and grace.” Crying Ladies won six awards at the 2003 Metro Manila Film Festival.

Starring four of the Philippines’ most talented actors—Gina Alajar, Elizabeth Oropesa, Manilyn Reynes, and Roderick Paulate—this comedy that treats Filipino superstitions and family issues with hilarious wit. When Lolo (grandpa) Juanito dies, his three daughters and the rest of the family must rally to carry out the funeral rites, even though they are so prone to superstition and fainting spells that the task seems near impossible.

How far would you go for a dream? Young hotel worker Toto (played by Sid Lucero) is hellbent on getting out of the Philippines, and landing a job in New York City so he can provide a better life for himself and his family. Between him and his American dream lies the problem of a visa, a problem Toto goes to great lengths and ingenious schemes to solve. Said to be based on a true story, the film won a number of international awards, including a Best Actor award for Lucero at the Los Angeles Comedy Festival and the Audience Choice Award for Best Film at the Asian American International Film Festival in 2016.

Two fugitives who have managed to turn their lives around, get involved in an escalating misadventure in this Filipino comedy starring Janno Gibbs and Bayani Agbayani. Juan and Ted have worked steadily to become productive citizens after narrowly escaping jail and execution. Working as a bus driver-conductor team, they make friends with their passengers. Everything goes awry however, when they decide to take a light-hearted, out-of-town trip with their new friends, sparking concern from their uninformed families and raising ghosts from Juan and Ted’s hidden past.