7 Colonial Churches to Visit While Vacationing in the Philippines 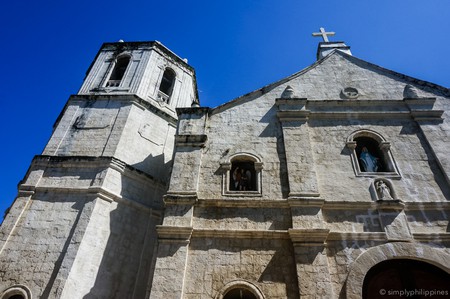 Colonized for 333 years by the Spanish, the islands of the Philippines are still studded with hundreds of centuries-old churches. These churches, which were built using conscripted labor and often tower over the buildings and homes around them, were the center of life in each village. Stepping inside these churches is like entering another era of Philippine history. Here are seven must-see churches to put on your Philippine itinerary.

The beautiful island of Bohol used to shelter a string of lovely ancient churches, but an earthquake in 2013 reduced many of these treasures to pebbles. The imposing Baclayon Church was half destroyed, but it’s being slowly rebuilt, and visitors can still go inside and enjoy the massive interiors, elaborate altars, and stained-glass windows. An interesting fact about the Baclayon Church is that it’s made of coral stone cemented by egg white. The church took ten years to complete it, from 1717 to 1727, as the natives had to wait for hens to lay more eggs. 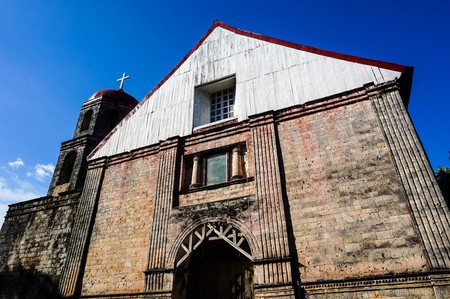 Like many island churches in the Philippines, the San Isidro Labrador Church in Lazi is made of coral stone and hardwood. This Baroque-style building was completed in 1891. Its mossy walls are a full meter thick, and the smooth wood floors are designed in a herringbone pattern. As beautiful as the church is, the Lazi Convent across the street is just as compelling. The biggest convent anywhere in Asia, its coral stone walls, paneled windows, and timber roof also make it extremely photogenic.

The Church of Santo Tomas de Villanueva, often referred to as the Miag-ao Fortress Church, was built in 1786 under the direction of Spanish Augustinian missionaries. A UNESCO World Heritage Site, the church is home to a large coconut tree that is a part of local legend. The tree is featured on the bas-relief facade, and the thick walls of the church’s watchtowers hold secret passages dating back to a time when Iloilo was often besieged by Moro pirates. The blending of native motifs with baroque style is one reason Miag-ao is so unique. 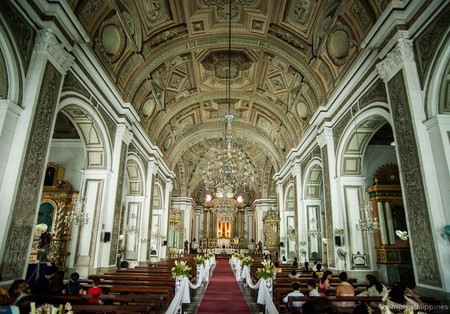 The first church constructed in Luzon, the San Agustin Church has stood on the same spot in Intramuros since 1571. The grandeur of the building can’t be overestimated, but you get a hint of it from the ornately carved wooden doors outside. Inside, a unique 3D style of painting covers the arched ceiling. The San Agustin Church was named a UNESCO World Heritage Site in 1993. The Augustinian friars’ use of solid adobe blocks to build the church has helped it withstand numerous earthquakes, fires, and the destruction of Intramuros at the close of WWII.

Cebuanos often refer to their church as the birthplace of Christianity in the Philippines. Cebu was the first island colonized by the Spanish, and they wasted no time founding the original church in 1565. After it was destroyed twice by fire, the church was rebuilt in the same spot out of stone in 1740. Every year the Basilica is at the center of Cebu’s Sinulog Festival, the biggest religious parade and street party in the Philippines. 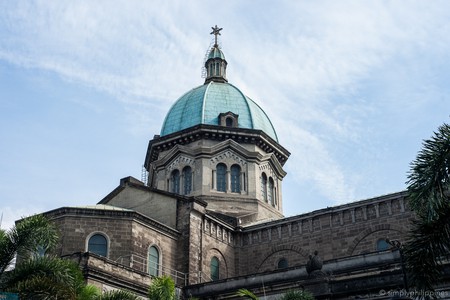 One of the most-loved churches in the country, the Manila Cathedral is where the rich and elite families of the capital used to hear mass on Sunday mornings during the Spanish era. The cathedral is still a favorite venue for high-profile weddings and events and was first built out of bamboo, nipa, and wood in 1581. Since then it’s been reconstructed many times after being ravaged by fires, typhoons, bombings, and seven earthquakes. The version you see today was completed in 1958. Manila’s archbishops are buried in a crypt beneath the cathedral, and its beautiful bronze-paneled doors are worth a close look.

Sitting smack in the heart of Manila’s Chinatown, Binondo Church draws as many tourists as it does devotees. Like many other churches built in Manila, the original construction has suffered multiple times. It was destroyed once by the Chinese, once by the British, and once by American bombings. The octagonal bell tower is the only part that remains of the original structure. The church stands out as the home of the Chinese Catholic community. Its name, the Minor Basilica of San Lorenzo Ruiz, comes from San Lorenzo, a Chinese-Filipino martyr who was a sacristan of the church and who, after his death, became the first Filipino to be canonized as a saint.