11 Incredible Things you Never Knew About The Philippines 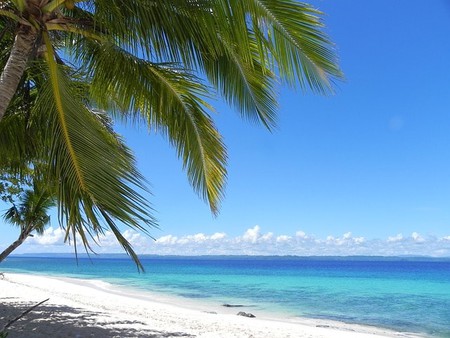 White Beach in the Philippines | via Pixabay

The Pearl of the Orient Seas, the Philippines, beckons sun seekers with its eternal sunshine and pristine beaches. Every visitor will instantly feel at home in the Philippines. If you think you know everything about this country, think again. Here are some things about the Philippines you surely haven’t heard of yet.

The Philippines was named after a Spanish King

When Spanish explorer Ruy Lopez de Villalobos first came, he named the islands in honor of then Prince Felipe of Asturias as “Las Islas de Filipinas.”

Prince Felipe eventually became King Felipe II, and, during his reign, Spain reached their Golden Age. When the Americans came, they renamed is to “Philippines,” with “Philip” as the English equivalent for “Felipe.”

It was colonized thrice

Philippines was first colonized by the Spaniards for more than three centuries, 35 years under the Americans and three years with the Japanese.

Philippines is the only Catholic country in Asia

Spain converted then Islamic tribes in the Philippines to Catholicism and was once the only Christian country in Asia prior to the rise of Christianity in South Korea. 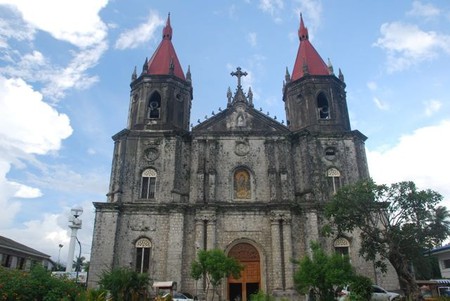 With the Catholic Church’s grip on Philippine society, the country has a strong conservative stand on social issues like divorce and same-sex marriage. In fact, Philippines is the only country in the world that doesn’t allow divorce.

From the Filipino classic dish named kare-kare, or the favorite dessert halo-halo, it is easy to notice the repetition of syllables in Philippine language that is part of the Malay linguistics. Other examples includes, Iloilo (a city), maya-maya (a fish), and Yen-Yen (a nickname).

There are at least 120 languages and dialects

With more than 7,000 islands, Filipinos speak a lot of languages; up to 176 languages have been recorded, ranging from regional dialects to tribal languages. Though Filipino language is based in Tagalog, other widely spoken languages in the country includes Cebuano, Hiligaynon, Ilocano, and Kapampangan. Some words can have different meanings in other languages. For example, “langgam” is an ant in Tagalog, but it is a bird in Cebuano. Others translate to something vulgar in another regional language. For example, “sabot” means, “understand/comprehend” in Cebuano, but it means “pubic hair” in Hiligaynon. The same with the Cebuano word, “libog” (confused) is “lust” in Tagalog.

There is a party in every town and city

Philippines has celebrated festivals for centuries and to boost tourism, Philippine law mandates a festival to be held in every town and city. Philippines has rice festival, flower festival, mask festival, giant festivals, and even the lechon (roasted suckling pig) festival. Major festivals in the country includes Sinulog and the Ati-Atihan Festival.

And just like that Masskara is over. Next year ulit. #masskara2017 #masskarafestival #bacolodcity #bacolod

Yes, Filipinos are proud of Manny Pacquiao, and, during the height of his matches with Mexican fighters, everyone is so glued to their TV that there is almost zero crime committed every time Pacquaio fights. Next to boxing, Filipinos are crazy over beauty pageants, and local beauty queens are fierce candidates.

Central Luzon’s volcano erupted on June 15, 1991, leading to the evacuation of more than 200,000 people and displacing 5,000 indigenous people living on its foot. Its cataclysmic eruption with mudflows (lahar) buried villages, making it the largest eruption in a highly populated area. Mt. Pinatubo released 20 million tons of sulphur dioxide that led to a temporary decrease of the Earth’s temperature from 1991-1993 by one degree F. Amazingly, Mt. Pinatubo is a tourist attraction today.

Filipinos smile for many reasons

Hospitality is one of the characteristics of the locals that draws its visitors. It easy for Filipinos to smile,but it doesn’t mean they are glad all the time. In fact, Filipinos also smile when they feel embarrassed or when they think you are dumb. So you might need to decipher the different kinds of Filipino smiles.

It has an eagle that eats monkeys

In the Philippines there are reports of locals seeing a big eagle feeding on monkeys. It preys on the macaque, but it also feeds on flying lemurs and other animals. This biggest eagle in the world, the Philippine Eagle, is also known as Haring Ibon (Bird King).