10 Filipino Musicians You Should Know 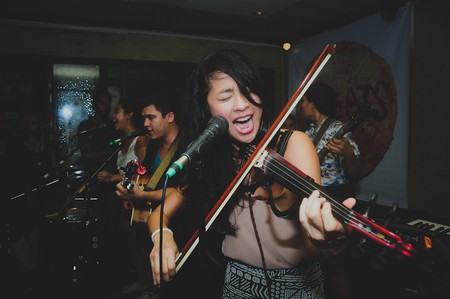 Filipino music is known as OPM (Original Pinoy Music), and it’s been on quite a ride. After its heyday in the late ’80s to ’90s, OPM went through a bit of a lull when Filipinos developed a preference for Western music. In recent years, however, local artists and bands have been sprouting up all over the country, bravely experimenting with different genres and delivering new, distinct material. Now, Filipinos are rediscovering their love for home-grown music, and OPM is coming back to life. Here are our favorite musicians, of various genres, from over the years.

These artists are well-known and beloved in the Philippines. If you’re Filipino, you likely already know all of them. If you’re not, make sure to give them a listen, because these are the people who paved the way for OPM.

Known in their time as “The Beatles of the Philippines”, The Eraserheads came to be one of the most celebrated and most influential bands in OPM history. The band first came together in university in 1989 and immediately rose to success. The country fell in love with the band’s witty lyrics and authentic sound. Younger Filipinos of today, who are just now discovering their music, embrace the group who captivated an entire nation.

One of the longest-running OPM bands is the pop-reggae group Brownman Revival, having been going for 23 years now. The band of eight is able to produce such a dynamic sound because, in addition to basic band instruments, they also make use of auxiliary percussion and wind instruments like the trumpet and saxophone. Though many members of the large ensemble have come and gone, their unique sound has remained: a perfect blend of reggae, folk, and just the right amount of pop.

In musical theater and classical music, one name towers above all the others – Lea Salonga. Lea was catapulted to international success with Broadway roles in Miss Saigon and Les Misérables. She also joined the Disney family, lending her singing voice to princesses Mulan and Jasmine. With mastered control over her voice’s extensive range, Lea quickly, and rightfully, became a household name.

Francis Magalona was dubbed the “King of Filipino Rap Music”, and pioneered the rap genre in the country. More than simply spewing words to a beat, the late Francis M. wrote songs on nationalism and societal issues. Thought-provoking and inspiring, his work left a mark on the industry and is still celebrated by Filipino musicians today.

Influencing every Filipino high school boy that ever tried to form a band, Parokya ni Edgar has been a cornerstone (along with the Eraserheads) of a special kind of local rock music. The group is known for their lyrics’ humorous wordplay that strongly appeals to a Filipino sense of humor. The band formed in 1993, and continue to play live gigs today, from niche, hole-in-the-wall music joints to grand music events. Their massive fanbase still fills any venue they grace, and their performances are energetic and interactive.

This second half of the list is made up of the trailblazers of the contemporary OPM scene. Mostly young artists with individual styles, these new-wavers aren’t afraid to experiment with genres and sounds. New-era OPM appeals to younger audiences, who are open and eager to discover independent artists and fresh, novel work.

This indie folk band quickly became a millennial favorite with their spirited music that makes for perfect adventure tunes. Six members strong, the The Ransom Collective came together in 2013 and has since been sweeping the indie music scene, both locally and abroad. They have a musical style similar to that of The Lumineers and Mumford and Sons.

This young singer-songwriter trained under the best of the country’s musicians in an intensive, five-day music masterclass. Two years later, she released her first album, Human Eyes. Clara’s sweet, calming voice and sincere lyrics can pull at even a stoic’s heartstrings. Today, she frequently collaborates with fellow local artists such as Dane Hipolito and December Avenue.

This math teacher turned performer is especially known for his distinctly raspy voice and intense guitar skills. Anyone who’s seen him live will rave about his passionate playing and signature style, a skilled manoeuvring between hushed and intensified strumming. Of contemporary folk flair, his most famous songs include “Pssst!” and “Ninuno (Ancestor)”. Nowadays he often plays gigs with musicians Ebe Dancel and Johnoy Danao.

Jensen and The Flips

This music is the definition of “eargasmic”. The septet blends the genres of indie-pop, Motown, and R&B to create sweet-like-honey tunes. The first half of the band’s name comes from its lead vocalist, Jensen Gomez, and the second half is an acronym for “Freaky Little Island People”.

Another young singer-songwriter is B.P. Valenzuela. Possessing a very unique sound, B.P. plays with the indie and techno-pop genres to produce an almost psychedelic kind of music. Add her sweet, cool voice into the mix, and its enough to put listeners in a trance. She quickly made a name for herself soon after she released her first EP in 2014, and has since performed in the biggest music fests in the country.