Zarina Hashmi’s Paper Like Skin: A Search For Roots 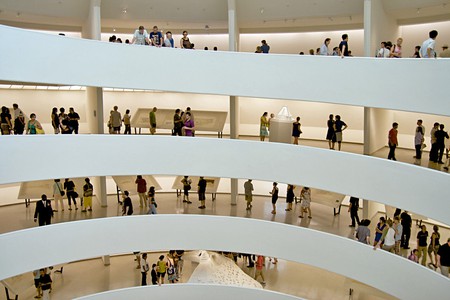 Zarina Hashmi’s prints question the notion of home whilst evoking themes of loss and nostalgia. Her own experience of being born in India before being forced to relocate to Pakistan, clearly inform her art, as does her experience of moving to America. The Guggenheim in New York honoured her work with a retrospective entitled Zarina: Paper Like Skin in 2013. Bansie Vasvani visited this retrospective and records her experiences of it. 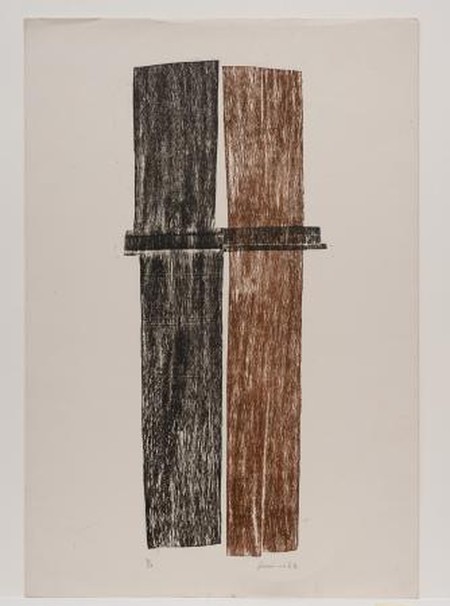 Zarina Hashmi’s long overdue retrospective, Zarina: Paper Like Skin, at the Guggenheim, New York, opened to an audience struck by the work’s serenity, quiet dignity and artistic impact. Combining her evocation of language and place to chart her personal itinerant trajectory, Hashmi’s work explores the notion of home and identity with enormous depth and perspicuity. An established printmaker, she is often considered the precursor to a generation of artists for whom transience and impact permeated their work.

In the front room, a portfolio of nine etchings entitled Home I made/A life in Nine Lives, (1997) lines the walls in geometric resplendence. Made on Arches Cover handmade Nepalese paper, this series of simple, two-dimensional grids captures the structure of a basic dwelling anywhere. Zarina’s bare bones depiction can be best described by art critic John Berger’s definition of home as the centre of the universe in an ontological rather than a geographical sense. Letters written by her sister Rani which often described the passing of family members in Pakistan became grist for her etchings and woodcuts. Her reductive images distil the sentiments of home to architectural forms and capture her nostalgia without being maudlin or dramatic. For Zarina, home becomes the place from which the world can be discovered. It is the heart of the real. In these etchings, the original Urdu script of the letters is cut in metal for the prints, and the remainder of each image is rendered in woodcut.

Zarina’s work underscores the sculptural aspect of her printmaking process, acquired from the renowned British printmaker Stanley William Hayter while living in Paris in the 1960s. The painstakingly delicate renditions of Home I made/A life in Nine Lives are steeped in a worldview inspired by the Minimalist tradition. Untitled (1970), Cage (1970), and Kiss (1968) are a series of relief print collages made by inking assembled pieces of wood. Each work is constructed on handmade paper distributed by an organisation founded by Mahatma Gandhi to promote Indian handicrafts. The varying tones of the papers obtained from different regional workshops impart a particular character to each print emphasising the quality of the material as much as the concept behind her creation. Using bits of wood assembled together, she ingeniously creates a corral, a home and a shelter suggestive of protective surroundings. 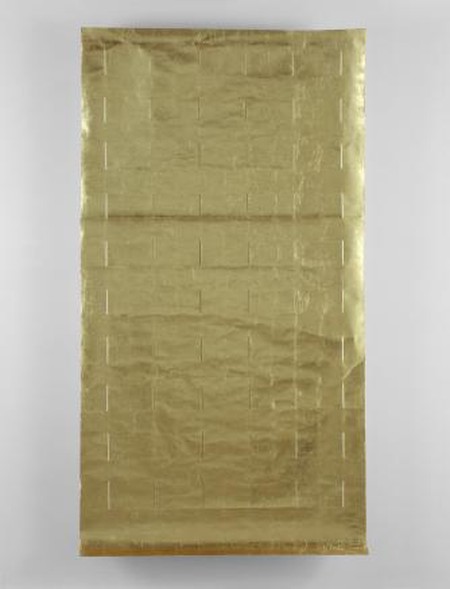 Fragments and wood pulp produce dense fields that highlight the material properties and spatial presence of an object following the conventions of European constructivism. Reminiscent of Carl Andre, her work appeals at a very basic, emotional level. Even in Kiss (1968), inspired by Constantin Brancusi’s well-known stone sculpture, her two pieces of wood placed side-by-side capture the primitive, folkloric precedents that Brancusi’s work expresses.

Perhaps, one of the most riveting series on exhibition is Untitled (Pin Drawings, 1977). Here, a sequence of works on pure white paper yields a meditative, trancelike effect. Grid formations are devised through columns of perforations from pinpricks. These three-dimensional mounds that rise above the paper give the composition texture without disrupting its immensely soothing quality. Very much in the vein of Agnes Martin’s spiritual abstractions and the visual impact of Robert Ryman’s white on white paintings, Zarina’s personal, highly individualised art stands out for the quality of its conception and the reductive feel of the cosmos on paper. 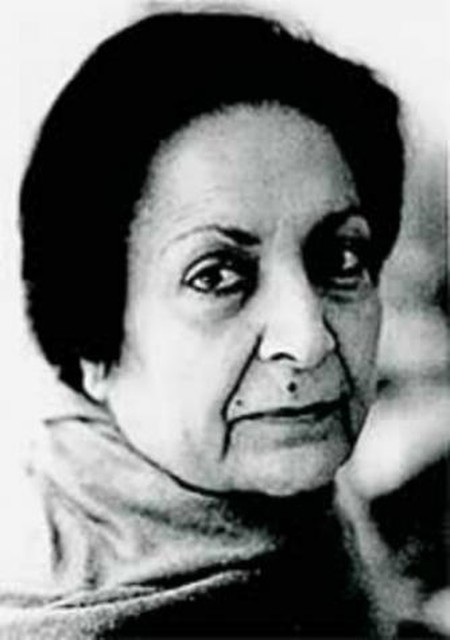 Zarina’s famous Home is a Foreign Place (1999), examines the larger issue of identity by implying that a home is what you make of it. Based in her residence in many countries as a diplomat’s wife, the artist believes that the idea of home and identity comes from an amalgamation of diverse cultures and experiences without attributing any one single influence. In the woodcut portfolio of 36 basic architectural lines, the drawings reveal how evocative a simple gesture can be. Shaped by Urdu words like door, threshold, warm etc. that are etched into the drawings, the geometric abstractions of crisscrossing lines and circles evoke the actual experience of entering such spaces. Deeply nostalgic of both the loss of moving away from her homeland and the gradual extinction of Urdu, her mother tongue, the artist appears able to revive personal memories through deft craftsmanship.

Zarina’s work always nudges the viewer towards new modes of enlightenment. Her gold leaf works that she initially felt might turn out to be garish connotes a sense of purity and subliminally suggested by the metal itself. In Blinding Light (2010) a 6 by 3 foot sheet of Okawara paper gilded with 22-karat gold leaf hangs from a bar. Vertical slits in a grid like pattern allow light to enter and create shadows against the reflective surface. Inspired by the legend of Moses asking God to reveal himself, the work resonates with the rich poetry of her imagination.

Ultimately, Zarina’s brilliant machinations with paper – which she believes is as malleable as skin – compels us more than ever towards a fulfilling aesthetic experience.