The Top 10 Things To See And Do In Lahore, Pakistan

Lahore, Pakistan, is popular for its array of tourist activities. From seeing priceless artifacts to historical sites to shopping places to a variety of restaurants, the options are endless. Here are the top 10 activities in Lahore. 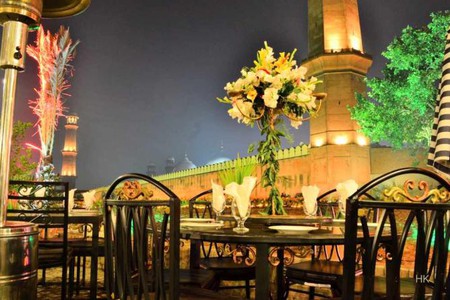 The M M Alam Road runs from the Main Market to Firdous Market. This major road was named after Muhammad Mahmood Alam, a very well-known figure of the Pakistan Air Force. The fact that some of the greatest restaurants in Lahore are located on this beautifully designed road is one of the major reasons for visiting this area. From Village Restaurant to Jammin Java Café to Pompei to Burger Hub, there are many restaurants to impress any foodie. Similarly, the gorgeously lit Food Street is also another place to enjoy the smell and taste of all the delicious dishes that Lahore has to offer.

The Lahore Fort, or the Shahi Qila, is a wonderful and one-of-a-kind Mughal structure. This must-visit historical palace was built by the legendary Mahmood of Ghazni in the 11th century. This massive compound is a treat for all art lovers who have the option to bask in the beauty of different gardens, palaces, halls, mosques and other such buildings and constructions that are located within the Lahore Fort. It measures 1400 feet by 1115 feet and the Palace of Mirrors (Sheesh Mahal) is one of the most visited palaces in the Lahore Fort.

For those visiting Lahore, the Badshahi Mosque is a real treat. This mosque is one of the most famous in the world and was built in the year 1674 by Aurangzeb, the Mughal emperor. According to reports, it was discovered that this mosque can hold around 40,000 people for worshiping in a single prayer session. The interesting thing about it is that it is made entirely of red sandstone. Visitors will be able to witness relics which belonged to the prophet Muhammad, his daughter and his son-in-law.

For many, a great shopping experience is one of the best things that a tourist can look forward to when exploring a new city, and Lahore can quite easily provide that. This city has plenty of different shops and markets. From megastores like Metro, to Xinhua Mall, to Hyperstar, this city provides the best “shop ’til you drop” experience. Among so many shops, the Liberty Market and Anarkali Baazar stand out, thus making them a must-visit. From jewelry to embroidered items to leather wear to silk to footwear, the best of Lahore can be found in these markets. 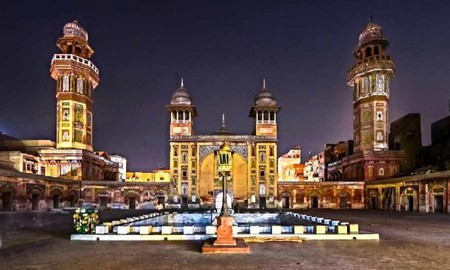 The Qashani tile work of the Wazir Khan Mosque seems like a direct contrast to the majesty of the Lahore Fort. For photographers, this place is a dream come true, as they can enjoy a kaleidoscopic dream by witnessing the glazed colorful tile mosaics. The floral motifs and blue and green calligraphy come together in a mesmerizing exhibition of beauty across the façade. Though it may look like it took centuries to build this mosque, it was in fact built in just seven years during the rule of Shah Jehan, the Mughal emperor.

For those who love nature, the Shalamar Garden of Lahore should be the perfect getaway from the hustle and bustle of this city for a while. This garden is a UNESCO World Heritage Site. Also known as the Shalamar Garden, it was built in the year 1641 by Shah Jahan, the great Mughal emperor. This 80 acres of magnificent Garden is a great example of the famous architectural skills of the Mughal Empire. In the middle of this garden there are three terraces known as the Hayat Baksh, Faiz Baksh and Farah Baksh. Beside this, there are also many white marble fountains and buildings in the garden. 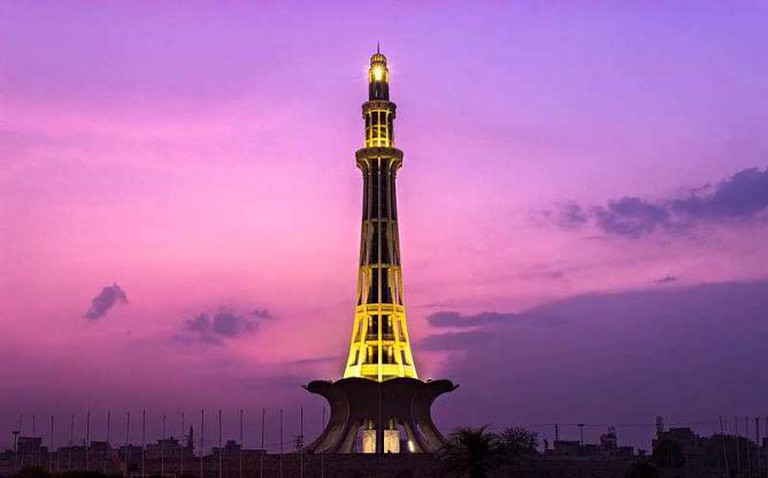 The Minar e Pakistan | © Ammar Ejaz/WikiCommons
The Lahore Museum is one of the best places to learn about the fascinating history of Pakistan. This museum was built in the 18th century, and contains artifacts from the times of the civilization of Mohenjodaro and Harrapa to the present day. It has about 20 galleries which exhibit different priceless Qurans, paintings, Gandharan sculpture, carpets, manuscripts, Islamic artworks and many other such artifacts.
Open In Google Maps
Mall Road, Anarkali Bazaar, Lahore, Punjab, 54000, Pakistan
+924299211819
Visit Website
Give us feedback

Minar-e-Pakistan is a monument well-known for being a prefect representation of the ideology of Pakistan. This monument is located in the famous Iqbal Park of Lahore which is one of the country’s largest urban parks. Built during the 1960s, it holds a special patriotic sentiment for the country as on this site the Lahore Resolution was passed by the All-India Muslim League on 23rd of March, 1940. Visitors flock to this tourist destination to witness the monument’s architecture, which is a blend of Islamic, Mughal and Modern styles.

This is an ideal place to take a bit of break from all the traveling and exploring. This popular hangout place for Lahore’s youth has more to offer than just mini golf. Visitors who are looking for some fun with their travel companions can spend the day playing the game. Then, in the evening, enjoy the great atmosphere of the club with some hookah and delicious fusion food.

A trip to Lahore would not be complete without an evening at the Wagah border. This place marks the border between Pakistan and its neighbor, India. Every evening tourists come to this place to witness the Wagah border ceremony, which is a military practice performed by both Pakistan and India at the same time since 1959. The cheering crowd and the elaborate drill on both sides is something which every visitor should experience before leaving the city of Lahore.