The Best Hotels to Book in Lahore, Pakistan 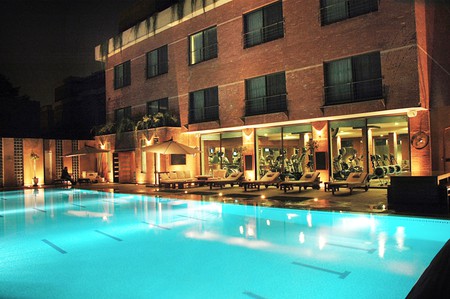 The second-largest city in Pakistan and the capital of the Punjab region, Lahore is deemed by many to be the country’s cultural and spiritual hub. The presence of many key Mughal-era mosques, walled gardens, mausoleums and a fort suggest a city of historic importance. All of this builds up to a thriving tourism infrastructure, with hotels in Lahore considered to be among the best in the country. So where to stay in Lahore? Look no further than our guide. 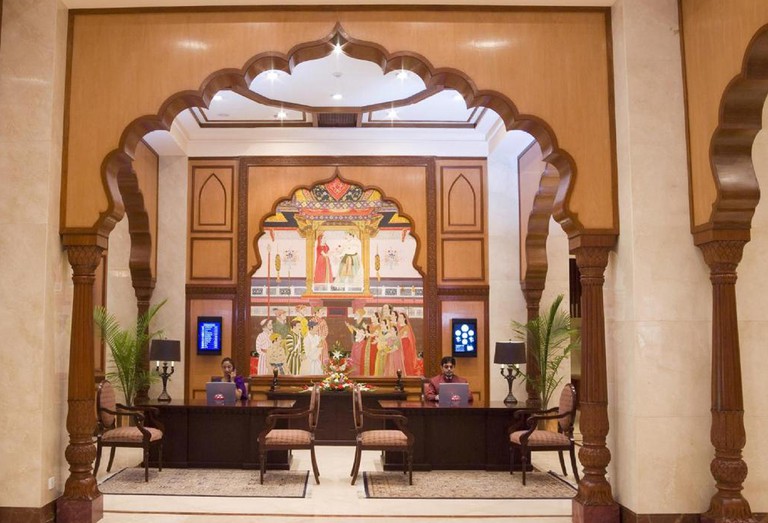 Rooms at the Avari Lahore are characterised by warmth and comfort – favouring sienna and cream tones, symmetrically patterned carpets and Pakistani artworks. Health and fitness are not overlooked here: there’s a large outdoor pool, pleasantly backlit into an inviting aqua blue during the evenings – while the gym’s cardiovascular machines and weights make keeping in shape on the road easy. This is just as well because there are five restaurants, a coffee lounge and a patisserie at the Avari to indulge in.

Pearl Continental Hotel Lahore, for exceptional decor as the norm 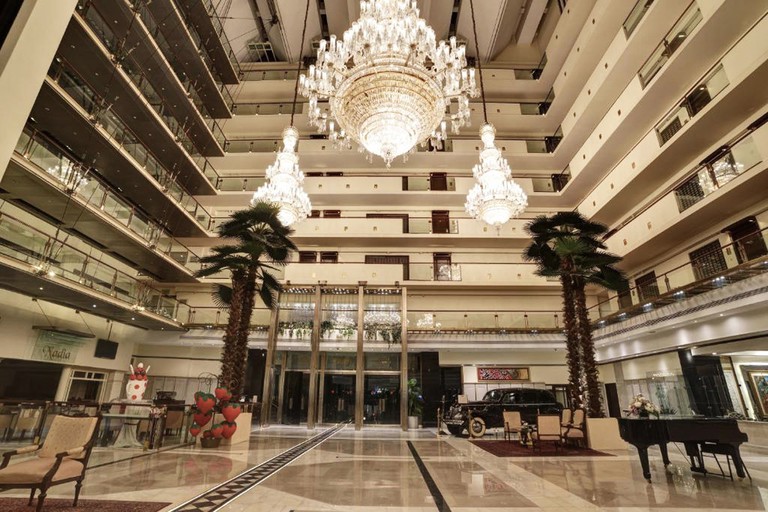 Magnificent open-plan spaces are a defining characteristic at the Pearl Continental – where the odd classic car or grand piano sits on polished marble floors in a capacious lobby designed to inspire awe. The design is effective and not merely confined to the lobby or banquet hall either. Room sizes begin at 322sqft (30sqm), spacious enough to feel luxurious – particularly when daylight pours in through the floor-to-ceiling windows. Some of the suites here are practically palatial. 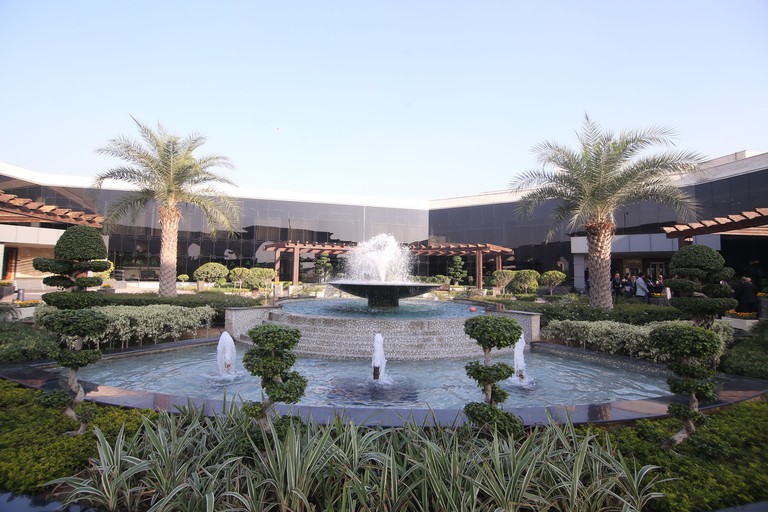 Lahore has grown so rapidly that what was once a country club is now surrounded by affluent suburbs, but the Defence Raya Golf and Country Club still retains its rural charm and premium golf links. That, after all, is the main reason for staying here – although there are three tennis courts available if you want to swing something other than a club. Many rooms overlook the 18-hole course and more visitors come specifically for lunch and dinner at the Place – a fantastic on-site restaurant.

The Nishat Hotel, for modern interiors 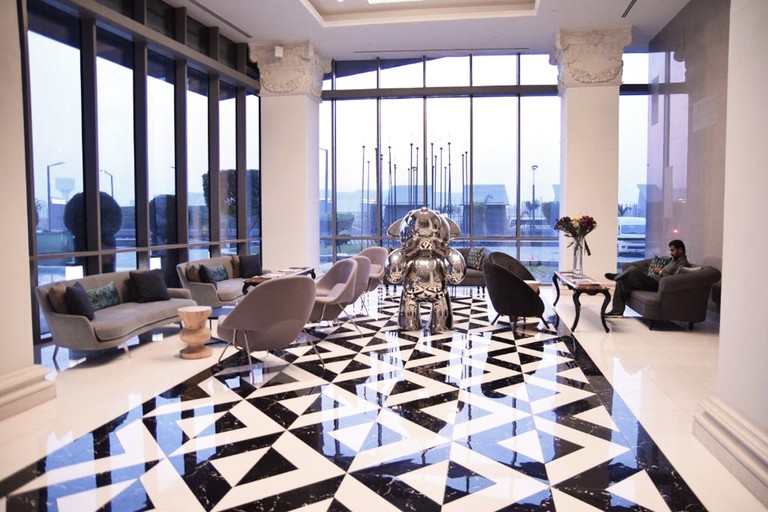 Courtesy of the Nishat / Booking.com

The Nishat has carved out such a name for itself in Lahore that a second property was opened near the city’s Expo Centre. However, this Gulberg accommodation is the original and still carries the torch admirably. At the core of its enduring popularity is the modernist interior design, giving this hotel a boutique vibe through its abstract chandeliers – formed of wire cubes above a chequered floor in the lobby. In the rooms, such daring is swapped for serene refinement in grey and cream tones.

The Residency Hotel, for minimalist elegance 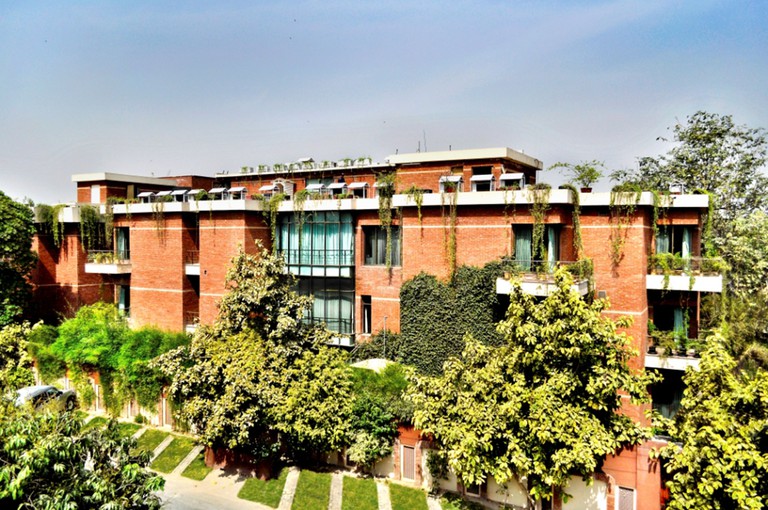 Courtesy of the Residency Hotel / Expedia

For a hotel that serves as the perfect counterpoint to the noise and heat of the streets, the Residency is where to stay in Lahore. Rooms with high ceilings and wainscoted walls are elegantly minimalist, with Persian-style rugs on parquet floors all bathed in warm light. A full-size gym, 10m (33ft) outdoor pool and a spa with sauna room and jacuzzi are amenities befitting a top hotel anywhere in the world. 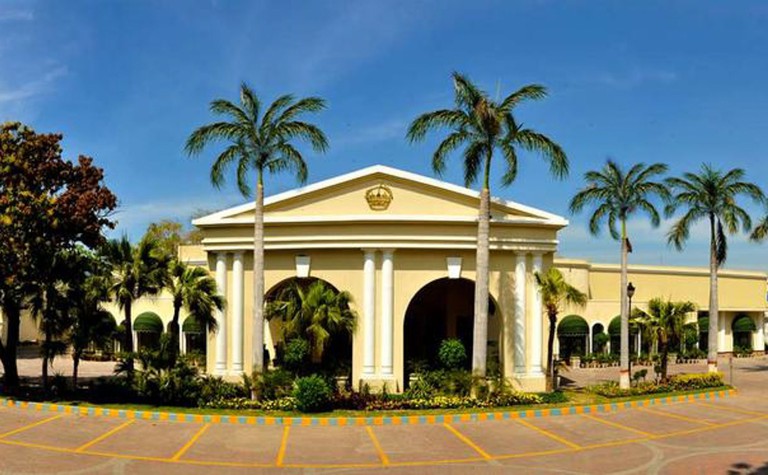 Lahore’s Raj-era core is a green space dedicated to the auspices and delectations of the ruling classes. With the colonial era long gone, this was one element of the city that remained largely unchanged – along with its racecourse and botanical gardens still attracting visitors. Faletti’s Hotel, which opened in 1880, is a part of this heritage finery. As such, the rooms are generously proportioned – with even the most basic being larger than a suite in most hotels.

Park Lane Hotel, for a fresh haircut during your stay 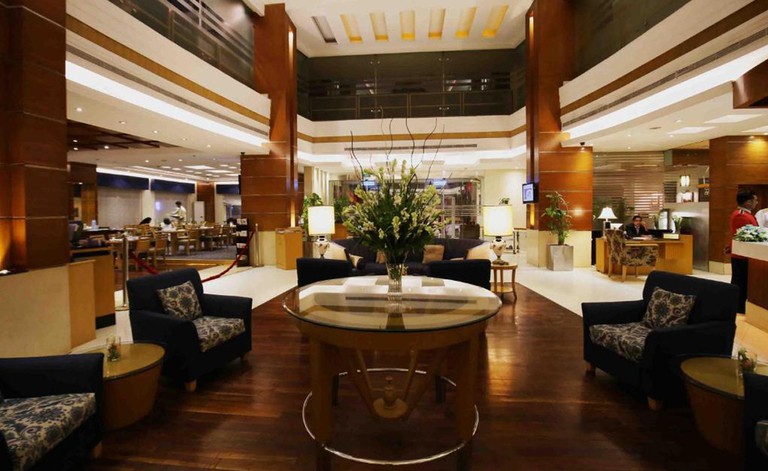 Rooms from the upper floors of Park Lane Hotel offer some great views over Lahore, but none quite match those from the rooftop pool and hot tub. It’s not the only unusual feature for a Lahore hotel – an on-site barbershop is a decent place for a shave or trim and the small fitness room is ideal for anybody looking to stay in shape on the move. Rooms have modern furnishings, while suites come with their own hot tubs. 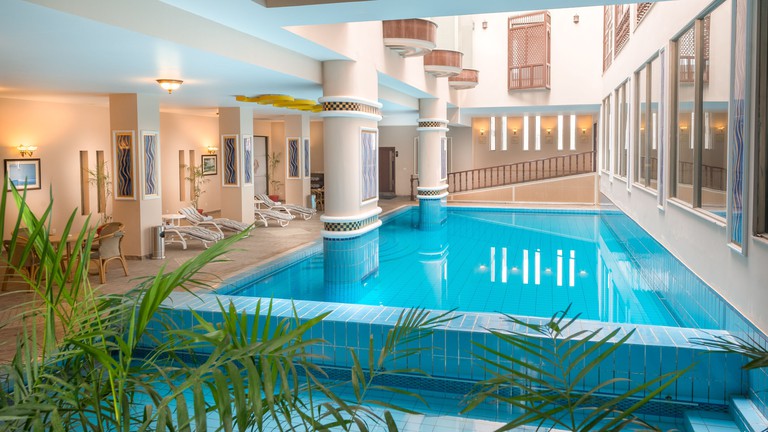 One of Lahore’s newer ritzy hotels is the Luxus Grand, where rooms have been designed to modern needs and standards. This is particularly true of the LED-strip lighting built around the bed’s headboard and into the ceiling – lending a trendy atmosphere to the hotel without losing any sense of warmth and welcome. Some rooms have a whirlpool hot tub and seating area – while a pool is artfully squeezed into a ground floor space between the lobby and rooms. 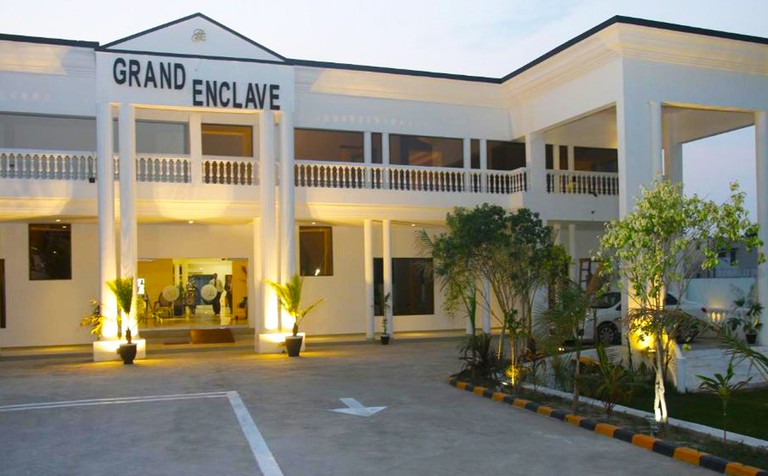 Do you have an early flight to catch? Offering quick and easy access to Allama Iqbal International Airport, this hotel is where to stay in Lahore for you. The common spaces are a neat combination of white tile and natural greenery and the whitewashed exterior is bathed in green light during dark hours – notably themed after the colours of Pakistan’s national flag. Rooms are crisp and clean to ensure a comfortable night’s sleep – before or after a flight.