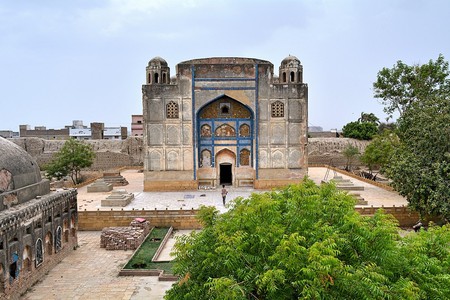 Karachi, the largest city in Pakistan, has plenty of entertaining and educational points of interest. Yet, sometimes its important to leave the metropolis and venture into a more relaxing environment. There are many spots only a short drive away to enjoy. Here are our top picks for the best places to have a single day trip from Karachi. 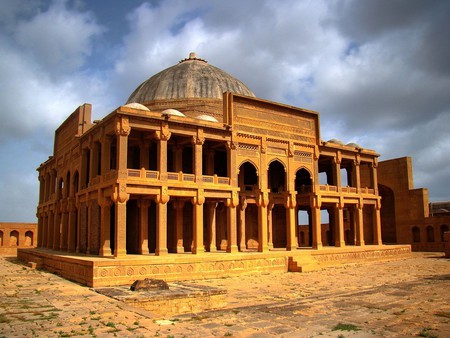 One of the structures at Makli | © KamranParacha/wikicommons

Lying 98 kms east of Karachi in the Thatta district is the fascinating graveyard of the Makli Hills. The necropolis was declared a UNESCO World Heritage Site in 1981 for being a testament of the glorious Sindhi culture between the 14th and 18th centuries. The site houses tombs, graves and monuments that were constructed for various royals, Sufi saints and distinguished scholars of the era. Makli is spread over a 10 square kilometer area of land where, over 400 years, some 500,000 to 1 million tombs were built. The tombs are magnificently carved with symbols and designs with Islamic, Hindu, Persian, Mughal, and Gujarati influences.

The drive to Makli from Karachi takes about 2.5-3 hours, and then another 3-4 hours are needed to explore the site thoroughly. Visitors must bring their own food, drinks and picnic essentials. 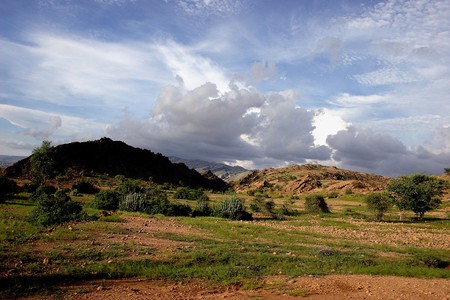 For desert driving enthusiasts, this one is a great adventure. The Kirthar National Park can be accessed in a 4-wheel drive vehicle in about 3 hours. This national park lies in the Kirthar mountain range and stretches over 3,087 square kms. The reserve has many guest houses to spend the night, along with a BBQ space. Various wildlife–like gazelles, wild goats, urials and badgers–can be spotted in the range. There are also many high spots with incredible views, which can be reached by trekking. The park was once home to wild predators like wolves, leopards and hyenas, which are now said to be extinct. Visitors must bring their own food and water. 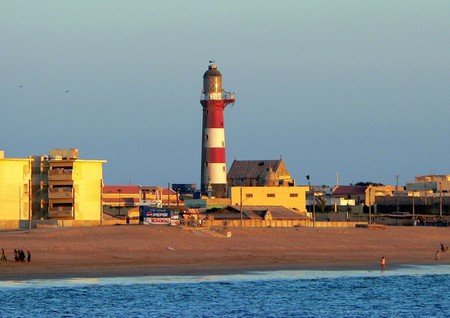 The vintage charm of Manora | © WaqasUsman/wikicommons

The small island of Manora is a great spot for a day excursion outside of Karachi. The island can be reached by a 20-minute boat ride from the Karachi port, and is a popular picnic spot thanks to its sandy beaches and delicious seafood. There is also a tall lighthouse in classic red and white stripes that adds a quaint appeal to the island. The port is about 1.5 hours from the city, and the boat trip under an hour. Manora Island appeared in Alexander the Great’s writings, where it was referred to by its former name, Morontobara. 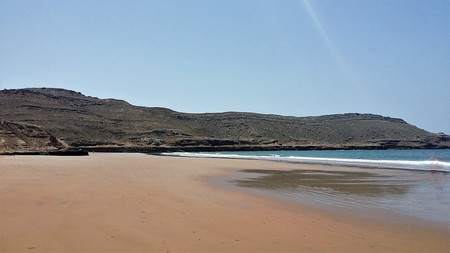 Mubarak Village is a fishing village near Karachi, in Kiamari Township. Its about an 1.5 hours drive from the city center, situated on the picturesque beach of the same name with rocky hills around. The place is a natural harbour and its calm waters provide the perfect spot for fishermen to anchor their boats. Its jeweled blue waters and gleaming golden brown sands make it a delightful escape from the grey city. Seafood can be prepared at the beach by the villagers upon request. 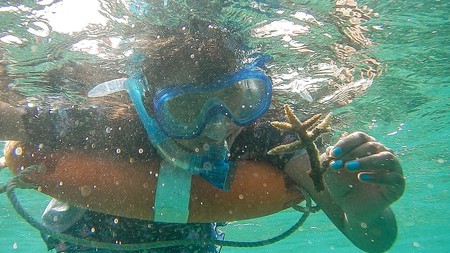 One of the reasons for Mubarak Village’s growing popularity with Karachiites is the recently established diving and snorkelling spot one hour further, at Churna Island. Its a small uninhabited rock-reef in the Arabian Sea that’s home to many attractive marine creatures and corals. Many companies facilitate excursions to Churna. Other water sports–like free-diving, jet skiing, speed and banana boating, wake tubing and cliff jumping–are also done at Churna Island. The spot is suitable for families and kids, and its proximity to the city makes it ideal for day trips. 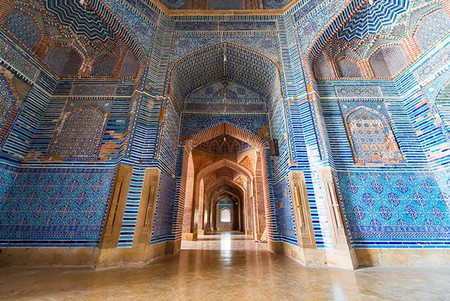 About 91 kms from Karachi, in the Thatta district, lies Haleji Lake. An eventful day trip can be made to the lake as well to the city of Thatta, which is home to some stunning architecture, like the Shah Jehan Mosque and the Tomb of Baba Qasim Ali Shah. The lake’s wildlife includes herons and egrets, and during the winter visitors can spot cotton teal, spot-billed duck, purple moorhen and pheasant-tailed jacana. 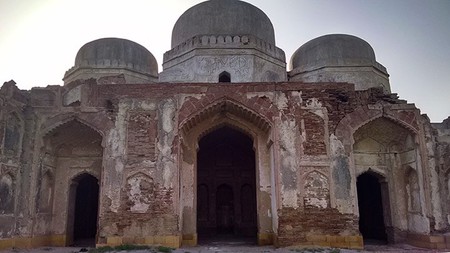 The Front View of the Historical Mosque | © MirMohdAliTalpur/wikicommons

Hyderabad is the biggest city near Karachi, 140 kms away. Interesting spots in the city include the Old Mosque, Pakka Qila, Tombs of Mirs, Kalhoro Tombs and the Sindh Museum. The city makes an interesting spot for a one-day trip, with a vibe that’s more relaxed than Karachi, and Sindhi culture and hospitality. When in Hyderabad, don’t forget to visit the famous Bombay Bakery and Resham Galli for local souvenirs. Locals there also highly recommend the renowned Palla Fish. 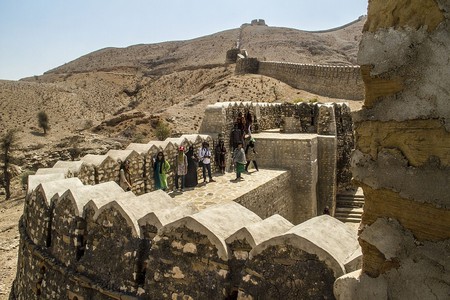 Known as the Great Wall of Pakistan, the Ranikot Fort is around 2 hours from Hyderabad and 3.5 hours from Karachi. It’s a large fort spanning approximately 32 kilometers, and built in the 17th century. The mammoth fort connects several hills of the Kirthar range. It was built from stone and lime mortar, but its original architects and the purpose for its construction remain unknown. The fort sprawls in a zig-zag and has four entry gates, one of which is touched by the Sann River. It’s important that visitors take their own food as the area around is deserted and undeveloped.