She Is Malala | Darling of the West, Public Enemy in Pakistan

Since the publication of I Am Malala in late 2013, Malala Youssafzai has become synonymous with the fight for free and universal education, her mantras and story obsessively repeated by the world’s media. We take a closer look at the book and impact of the West’s favourite Pakistani writer, and one of Pakistan’s most contested public figures. 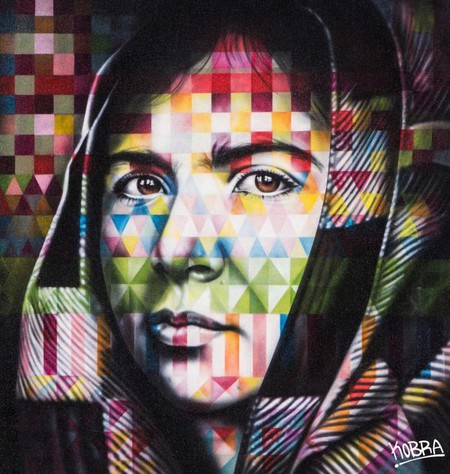 ‘Who is Malala?’, a young Talib asked as he entered a school bus in Pakistan’sSwat Valley on 9 October 2012. None of the girls on the bus said a word, but the man immediately noticed her, Malala, the only girl without a face covering. He pointed a gun at her head and fired a shot.
This is the beginning of I Am Malala, and although it is not the beginning of Malala’s story, the event marked a turning point in her life. Fifteen at the time of the shooting, Malala survived, was transported to the UK for a life-savingoperation and has since gone on to write a bestselling novel, receive a standingovation after her speech at the UN and a nomination for the Nobel Peace Prize.

Simply put, since the book’s publication Malala has reached a level of stardomrarely seen in political or education activists – her numerous talks, travels and recognitions have moulded her into a curious hybrid of ordinary schoolgirl, sought-after celebrity and admired hero. Difficult to reconcile, these qualities are also characteristic of Malala’s autobiography, which revolves around a country in conflict, and veers between a profound awareness of the conflict at hand and a childlike, idealistic naïveté.
Surprisingly, in the book, the presence of an ordinary schoolgirl only reveals itself through occasional comments – where Malala readily admits she often wished to be taller, where she exchanges tips about the best whitening creams with her friends, where she steals a playmate’s toys and, at first, claims it wasn’t her. But most of these stand alone in the text as side remarks and isolated scenes. It’s difficult to assess whether they were noted down by the book’s co-writer, British journalist Christina Lamb, to remind her audience of Malala’s age, or whether they serve to underline the irrevocable loss of a childhood that Malala only experienced in interludes.

Although striking, Malala’s age and bewildering maturity are not the main subjects of her book. What really drives the text is not the story of the young girl, not her dreams, but her unusually rock-solid confidence in her family and culture. The first sentence of the first chapter spells out the four pillars that define the book: ‘I’, ‘people in our village’, ‘my mother’ and ‘my father’, with the latter being Malala’s inspiration and guidance throughout her young life. When he was young like his daughter, Ziauddin Yousafzai’s dream was to set up a school where children could think freely and critically. The first two chapters of the book recount the incredible string of difficulties he encountered in the pursuit of his dream, including growing debt and destructive flash floods. Miraculously, he persevered. His first school was opened when Malala was a child, and followed shortly by another. At this point, the two stories – that of the father, and that of his daughter – come together as Malala begins to attend Ziauddin’s school. 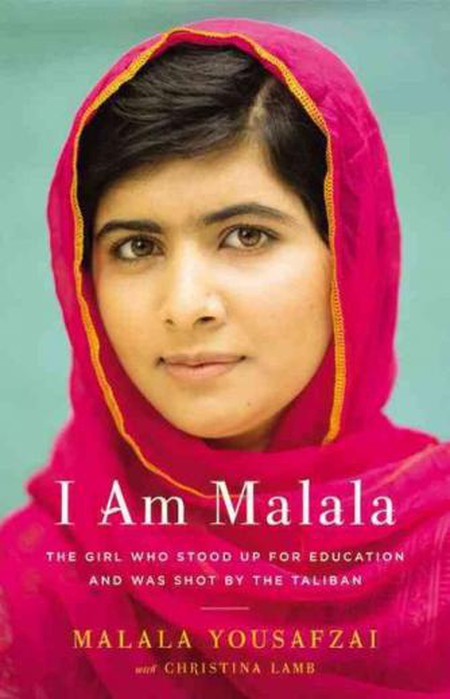 The twist is provided by a third thread, which creeps into the text almost surreptitiously. Malala’s primary school years coincide with the increasing local presence of a fundamentalist movement now known as the Taliban. In a short period of time, the organisation gained widespread support through its populist messages and promises to protect the local society and its customs. But a darker message soon arrived in the Yousafzai household. A liberal thinker and outspoken supporter of girls’ right to education, Ziauddin received threats asking him to close the girls’ sections of his schools. He refused and fought back.
With each page, the text makes it more and more apparent that thanks to her father’s influence, Malala the schoolgirl is, at the same time, a young woman with mature, stubborn ideals. Just as her father refuses to shut down his schools, she refuses to stop attending them, despite the explicit ban on female education. Her progression from ambitious star student to committed activist, just as outspoken and vigilant as her father, is narrated in a lucid manner, although without any adornment. Malala never underlines her achievements, instead revealing her gratefulness to her father’s unrelenting optimism, her mother’s quiet strength and the closeness of her community. She uses the autobiography format not as a magnifying glass or reflection upon her life, but as a portrayal of Swat and its people.
And it’s exactly this that makes Malala a sought-after cultural export in the West. Her subject matter is distant and unknown – upon opening the book, readers are immediately immersed in a world that belongs to the Pashto people, and residents of Swat Valley, a name that’s vaguely familiar and smacks of news reports. Malala plunges us in what seems like a different reality, where heart – rending poverty, age-old tradition and horrifying violence exist side-by-side. But her way of telling us about it is poignantly simple.
The West has been mesmerised with her praiseworthy message – pens and books instead of guns and violence – and quite rightly so. ‘Education for every boy and every girl in the world’ has become a mantra of sorts, while Malala herself embodies the West’s defence of education, or perhaps the West’s sense of guilt. She is eloquent but never verbose, confident yet humble. She tells us stories we would have never had access to otherwise. She represents the developing world, but with the kind of grace and intelligence that makes her so much easier to accept in the West. 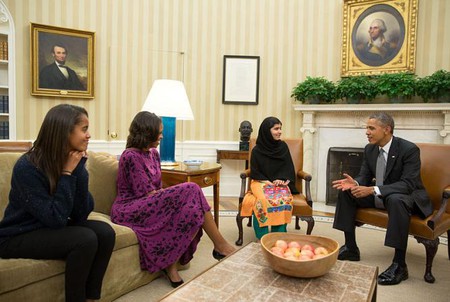 Back home, opinions vary. Malala has been accused by many of being a puppet of the West, whose star status is a brilliant fabrication by the Americans, intended to bring a bad name to Pakistan and overshadow the work of Swat’s other education activists. Conspiracy theories abound, infused by echoes of the Taliban’s furious voice – Malala has been described as an undercover CIA agent; some have ventured the opinion that she was never really shot at all, and produced carefully annotated images of her ‘fake wounds’; others have suggested that Malala’s near-personality cult was carefully staged by her father.
Whatever the opinions, the fact remains that in late 2013, one month after its initial publication, the book was banned in Pakistan’s 40,000 private schools, an event that hints back at the country’s ban on Salman Rushdie’s much – disputed Satanic Verses. The president of the All Pakistan Private Schools Management Association, which issued the ban, supported his decision by stating that ‘Malalais representing the west, not us’. However, the book’s consequent disappearance from many Pakistani bookshelves reveals very little about popular opinion. Unofficially, Malala is a persona non grata in Pakistan. Unofficially, she is admired by countless Pakistani schoolchildren. Officially, Malala has received repeated death threats from Tehrik-i-Taliban Pakistan, the Pakistani body of the Taliban, which claims that she is is guilty of preaching secularism.
But Malala, like her father and many of her fellow pupils back in Pakistan, is facing opposition, fearless and optimistic, spurred on by her supporters, popularity and shining intelligence. For many, I Am Malala has become synonymous with a sense of solidarity in the fight for free and universal education – and this is Malala’s single greatest achievement.