The Most Impressive Buildings in Karachi, Pakistan 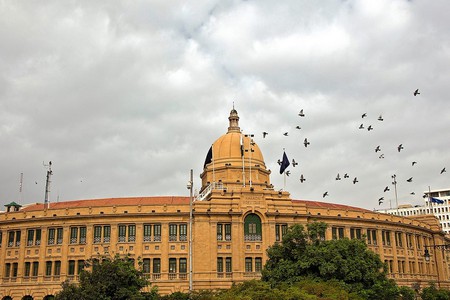 Karachi has a plethora of architectural masterpieces built by Hindu princes, British rulers, religious churches and local architects that boast designs inspired from Mughal, Gothic, Venetian and Victoria aesthetics. Take a look at some of the city’s most impressive buildings featured below and delve into the stories that made them happen.

The KMC or Karachi Municipal Corporation building stands at M.A Jinnah Road in all its glory and mystique since 1932. This unique stone structure tells the tale of Pakistan’s colonial and Mughal past when the British ruled the land and constructed many establishments in Anglo-Mughal tastes. The red Jodhpur stone used in the building was brought in from Rajastan, where as the nearby Gizri Hills were quarried for yellow stones. 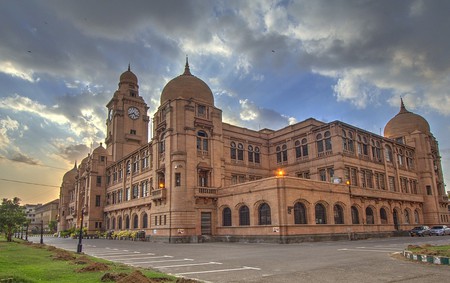 Constructed during the peak of the British Raj in subcontinent during 1884-1889, the Empress Market is named after the then Empress of Britain, Queen Victoria. The building today serves as a popular and busy market place for shopping, with commodities ranging from fresh groceries to pets, textiles and stationery. The site of the building was important back then as it was the spot where a number of native sepoys were killed ruthlessly during 1857’s Indian Mutiny to scare locals from participating in any kind of future rebellion. 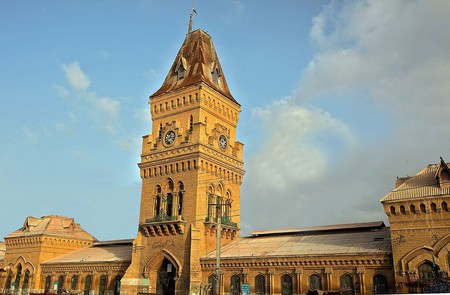 The KPT administrative offices were built in 1916 and serve until today as the headquarters of all the work related to activities at the Karachi Port. The colonial era building was made back then to show the glory of Karachi to all the visitors who arrived through the port and took the Native Jetty Road into the city. Interestingly during the first World War, despite being constructed for Karachi port’s administration, the building was turned into a 500-bed Indian General Hospital and served as a military hospital until May 1919. 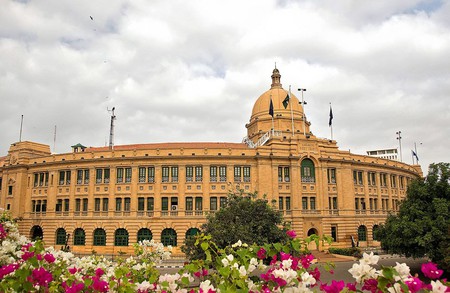 Completed in 1970, the final resting place of Pakistan’s founding father, Quaid-e-Azam M.A Jinahh, is a 75 by 75 m cuboid marbled building situated inside a 53-hectare park that today serves both as a national monument and a place of recreation and relaxation. Each wall of the square structure has an entrance decorated with curved Moorish arches and copper grills. Inside is a large extravagant chandelier gifted by the Chinese government while the gardens in front of the main entrance sport 15 fountains. The design of the mausoleum was inspired by the Uzbek Samanid Mosque. 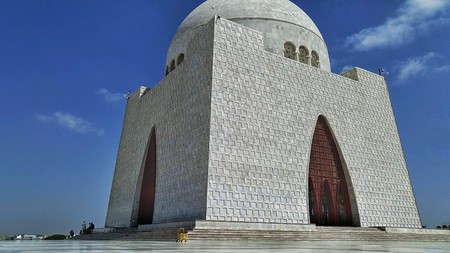 The Mausoleum of Quaid-e-Azam | © IbrahimJanjua/WikiCommons

Mohatta Palace is among Karachi’s must-see places even if you are visiting the city only for a day. The Rajastani design of the building was commissioned by the Hindu Prince Shivratan Chandraratan Mohatta in 1927, who built it as a summer home. The building used yellow Gizri and pink Jaipur stones which were a high-quality standard loved by architects of the time. Today the magnificent structure serves as a museum and art gallery after the Prince abandoned it when he moved to India during the historic partition. 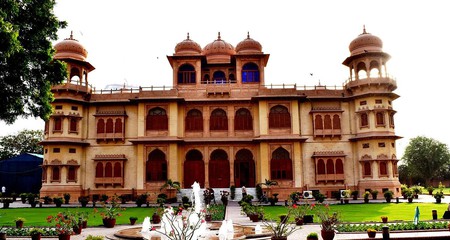 The flagstaff house building is another impressive must-see structure in Karachi. The building was a former house of the country’s founder and was built in limestone in 1868. The historic building boasts arched openings, carved pillars and circular balconies. Today, the building serves a charming reminder of the Quaid’s life in the form of a museum. The lush green gardens and ancient trees untouched from the 1800s provide a much needed space of recluse in the city’s busiest area of Saddar. 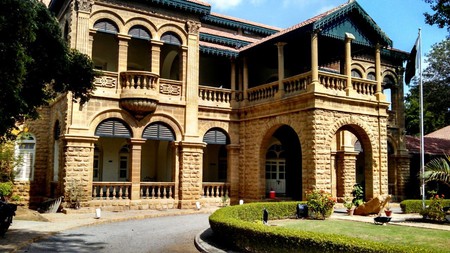 The headquarters of Karachi’s Roman Catholic Archidose, St Patrick’s Cathedral stands uniquely tall against other Anglo-Mughal style designs of the city. The Gothic revival architecture of the building is a source of fascination for locals and tourists alike and the marble statues of Jesus and angels are its crown jewels. The simple but striking exterior is accompanied with lovely wooden interiors and stained glass windows typical of many cathedrals across the world. It was constructed in 1845. 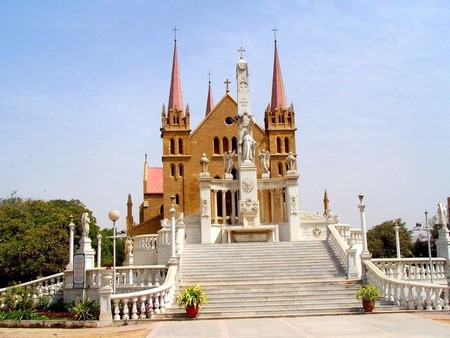 Providing respite and relaxation to hundreds of people daily, the Frere Hall is a Victorian-style building with vast gardens surrounding it. Finished in 1865, the building was built originally as a Town Hall of Karachi but is today a premier exhibition space, art gallery and library. The design of Frere Hall is mainly Venetian-Gothic with some British and local design elements mixed in. The facade primarily built of yellow limestone features multiple pointed arches, ribbed vaults, quatrefoils and flying buttresses. Many walls sport beautiful carvings and mosaic work designs. 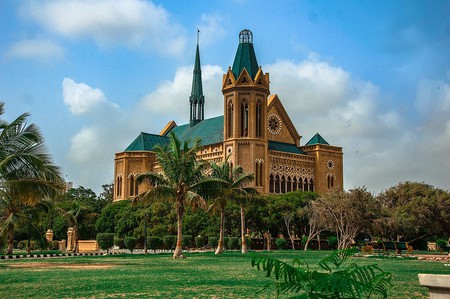 The NAPA building, which serves today as an Academy of Performing Arts, was formally the Hindu Gymkhana and built in 1925 as a recreational club for the elite Hindus that lived in Karachi before the partition. The building is a prime example of Mughal-Revival architecture and paints a picture of royalty, luxury and artistic mastery. Cupolas and balustrades adorn the building inspired by Akhbar’s Fatehpur Sikhri, while Chattris highlight the influence of Rajastani Palaces. 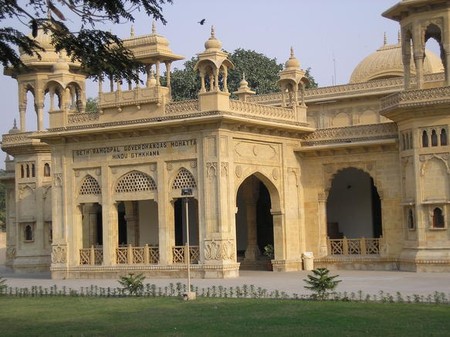